The return of the Premier League has us busy with predictions, including our outright winner tip. However, it’s also an exciting time for fantasy football managers.

With the first deadline of the season closing in it’s time to sort out your Gameweek 1 squad. If you’re still struggling to put your side together we’ve put together a range of options in each position to suit every budget.

Watford had the strongest defence in the Championship last season so out of the three promoted clubs they have the best chance of overperforming in tight fixtures. The Hornets have just two goalkeepers in their squad and the fact that you can own both for just £8.5m means that you never have to worry about who starts between the sticks.

Only Aston Villa’s Emi Martinez made more saves than Meslier last season and the Leeds stopper ended up being the third highest scoring goalkeeper in 2020/21. The Lilywhites are fancied for another strong season and while their opening patch looks quite difficult they have a fairly soft few months of fixtures in the autumn.

Nick Pope’s spell on the sidelines last season means he has flown under the radar a bit in FPL, but the Burnley stopper was actually only 0.4 points per match worse off than top-scoring keeper Martinez. Pope is regarded as one of the best shot stoppers in the Premier League and being between Burnley’s sticks means he will have plenty of chances to show off that particular trait. Only 5% of FPL managers own Pope compared to Martinez’s 40%, so he’s a fantastic option.

Make no mistake, the loss of Wesley Fofana is a huge blow to Leicester’s chances but it does open up the door for Daniel Amartey to cement a starting spot after an impressive Community Shield performance. With Jonny Evans also sidelined,  Amartey looks the main option to pair alongside Caglar Soyuncu. A cheap way into the Leicester defence.

Arsenal have a favourable early schedule and, for all their problems, Mikel Arteta has actually set up his defence quite well. Only Manchester City and Chelsea conceded fewer goals than Arsenal’s 39 last season and the addition of Ben White further improves their defensive prospects. Kieran Tierney also has the added benefit of being dangerous going forward, of course.

He was one of the breakout stars for Manchester City last season in his inverted wing-back role and should be preferred over Kyle Walker when Pep Guardiola’s side come up against noticeably weaker opposition, which is quite a lot of the time. He carries a high chance of clean sheets and excellent attacking output, plus he’s only owned by 8% of FPL players! 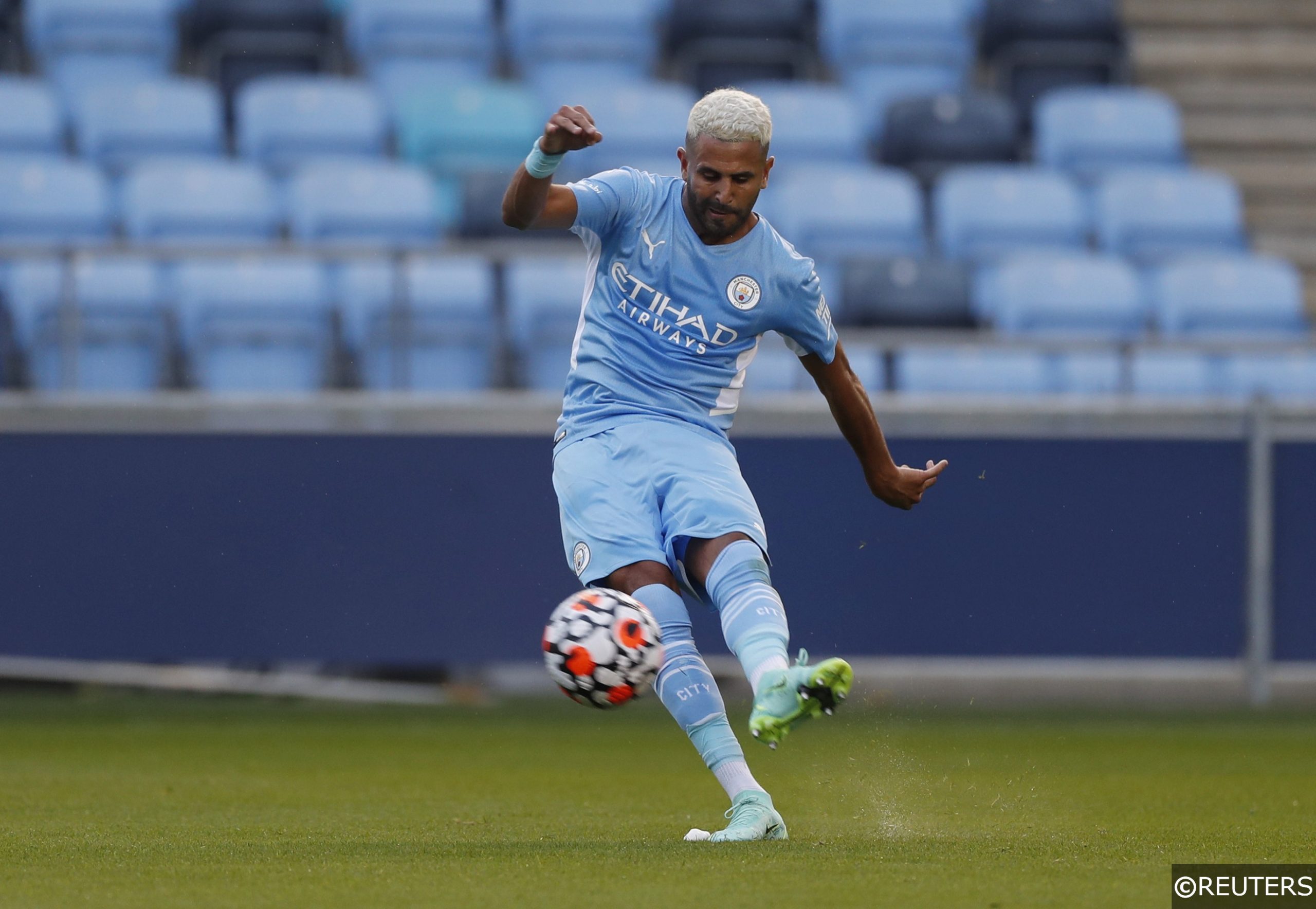 The fact that Emile Smith-Rowe has been given the number 10 shirt this season suggests he could be a major player in Mikel Arteta’s plans and that makes him a cheap way into an Arsenal attack that should be more prolific than last term. No midfielder at £5.5m or less had a better points per match ratio than Smith-Rowe last season and he’s only getting better.

He may be listed as a midfielder but Ismaila Sarr plays more as a forward for Watford and if his 13 Championship goals last season are anything to go by he could be an FPL steal this year. He’s on penalty duty when the ageing Troy Deeney isn’t playing and his blistering pace will cause no end of problems for Premier League back lines.

A perfect early-season pick, Riyad Mahrez is almost certain to start for Manchester City after a summer of rest and with Kevin De Bruyne and Phil Foden both injured. The Algerian earned the seventh-highest points per game in FPL last season and he only has 6% ownership. Snap him up.

Brighton face Burnley, Watford and Brentford in the first four gameweeks and Neal Maupay will surely enjoy a better time in front of goal than last term. Only Timo Werner had a worse xG to actual goals differential last term and he get even more service this time around with the addition of Enock Mwepu.

Callum Wilson was an absolute revelation for Newcastle last season, scoring 12 goals and assisting five more despite only starting 23 games. He had a direct hand (or foot) in 37% of the Magpies’ top-flight goals and Newcastle only face two of last season’s top four in the opening 12 gameweeks. Selected by just 6.9% of FPL managers, he’s an interesting differential option, with Ivan Toney, Danny Ings or Patrick Bamford ahead of him in ownership.

Aubameyang had his worst goalscoring season in a decade last term which means he goes into the 21/22 season somewhat underpriced and under the radar. Arsenal look to have found their feet under Arteta towards the tail end of last season and with Emile Smith-Rowe, Bukayo Sakah and Nicolas Pepe behind him he’ll have plenty of opportunity to redeem himself this term. We aren’t betting against him.