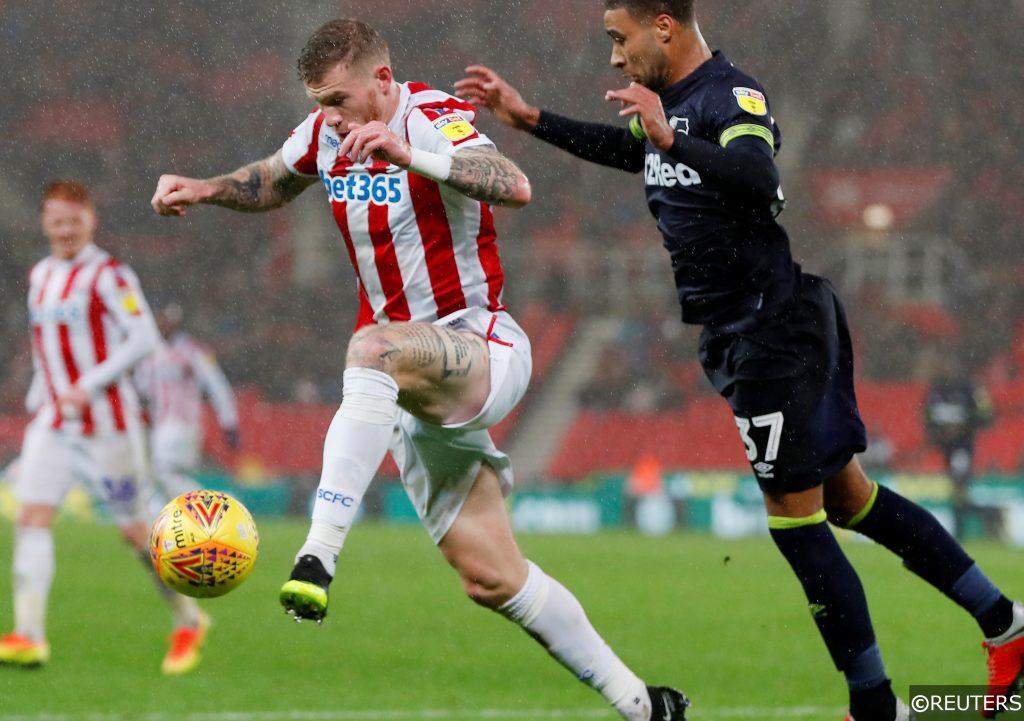 While trophies and tactical masterstrokes are the lifeblood of the game for aspiring digital coaches, little beats the feeling of snapping up a starlet and turning them into a top-level player. Watching that raw wonderkid turn into a world beater because of your tutelage is a feeling to be savoured. We’ve already covered the best young goalkeepers on Football Manager, and we continue our search for the best Football Manager 2020 wonderkids by taking a look at some of the top defenders now.

Lacking depth in the defensive department is a cardinal sin in Football Manager. While first-team defenders should have experience under their belt to minimise risk of blunders, it is a good idea to pad out the squad with young centre-backs and full-backs who are drip-fed game time and can be purchased on the cheap.

Tackling, heading, composure and decisions are all important stats to focus on when recruiting for your rearguard, while players who can play in multiple defensive positions offer more appeal.

It does not take a footballing oracle to recognise that Ajax will likely continue producing some of the finest young players in world football and one of the latest defenders on their stellar production line is Argentinian Lisandro Martinez.

Martinez can play at centre-back, his favoured position, as well as left-back and defensive midfield. That flexibility is useful when the squad thins out in the latter stages of the season.

Unsurprisingly as a ball-playing defender, he scores well in the passing (14), technique (15) and decisions (14) categories, and should therefore be considered one of the few young defenders who could slot straight into a top-flight side.

Martinez would be a good buy for budding managers who want to employ the tiki-taka or control possession tactics but his strength in so many departments coupled with his ability to play in midfield mean he could fit a plethora of systems.

Managers will have to act quickly if they are to land this Dutch dynamo. As Rick van Drongelen plies his trade for a second-tier side, he is an attractive, cheaper option for a host of clubs, meaning you may have to pay a fair bit more than his value to beat others to his signature.

Navigating that barrier is worth it, though, as the defender has five-star potential and, also able to play at left-back, is a brilliant option to have on the bench.

He is also a ball-playing defender and is left-footed, which also heightens his appeal if your existing squad consists of predominantly right-footed centre-backs.

The 21-year-old (he is 20 at the start of the season) demands a wage of just over £10k per week and is an excellent long-term investment who is a future bedrock of the Netherlands national side and will fight like a warrior for you.

Atalanta are renowned for their attacking exploits but they can also boast a defensive gem in Davide Bettella, who starts the 2019/20 campaign on loan at Pescara.

Statistics suggest he is better than Serie B standard, though, and he would be a fine acquisition for mid-table clubs and a great future investment for those competing in European competition.

Bettella can be defined as a no-nonsense centre-back, perhaps not ideal if you are trying to play out from the back and instead more suited to managers wanting to play a direct and aggressive system.

His best traits are his physical ones – he scores well when it comes to his pace (14), stamina (13) and strength (13) and could excel alongside a more experienced defender who is comfortable with the ball at their feet. His value is deceptive and managers will likely have to part with around £9.5-£10m to cancel his loan deal and sign him permanently but he will only cost about £1.5k per week in wages.

The German Bundesliga 2 is often rife with promising talents and few are more exciting right now than Bochum’s Armel Bella-Kotchap.

Having spent part of his youth career at top-flight Borussia Monchengladbach, he does not turn 18 until December but has the attributes and attitude of a player ahead of his years. Wealthy second-division sides and above should have the financial muscle to conclude some sort of deal for Bella-Kotchap, who is fairly easy to negotiate personal terms with, currently earning £4k per week.

The main drawback is that he can play solely as a centre-back, although intensive training could alter that. Otherwise he is a great option for the future and is a danger from set-pieces, scoring 16 in jumping reach and 11 in heading, while a passing score of 13 is enough to warrant playing him in a progressive, passing set-up as well.

With so much potential there is the temptation to start him from the off but he it is arguably more sensible to rotate him into the side for cup games or at least play him with two more experienced centre-backs in a defensive three.

The sole English representative on this list, marauding right-back Jayden Bogle has already racked up 77 appearances for the Rams in all competitions since making his debut in 2018.

Whether managers are looking to play counter-attacking football or focus on wing-play, attacking full-backs are in fashion and are key to a host of systems, making players like Bogle hot property in the game.

It is therefore no surprise to see Bogle post such great scores in the dribbling (14), pace (14) and stamina (15) categories, although he may be a touch raw for clubs with physically imposing forwards desperate for good deliveries, as his crossing stat is a paltry nine.

He is a realistic target for sides in the bottom half of top divisions and given his wages tally up to only £3k per week, he is not out of reach of top second-division clubs if they can negotiate the transfer fee using add-ons and potential player exchanges.