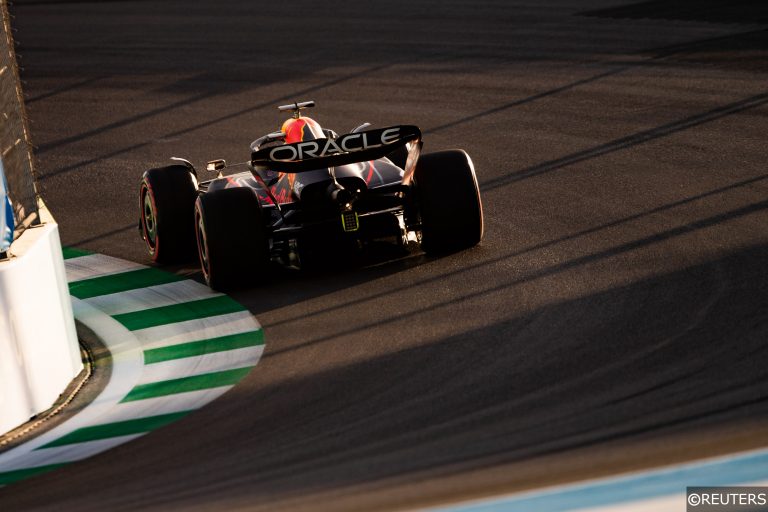 After two months of globe-hopping the Formula 1 entourage has finally settled down in Europe for a couple of weeks as the teams make the short 400-mile hop from Barcelona to Monaco for possibly the most famous Grand Prix of them all.

Held on the streets of Monte Carlo, F1’s blue-riband event was once described by Nelson Piquet as “like riding a bicycle around your living room” and things are even tougher for the modern-day driver thanks to the increasingly large footprint of F1 cars.

Max Verstappen, partner of Nelson’s daughter, Kelly, is one driver looking to make the most of his supercharged bicycle. The Dutchman continued his impressive record of winning every Grand Prix he has finished this season in Barcelona, although he was aided massively by runaway leader Charles Leclerc’s engine failing on lap 27.

The defending world champion – who won in Monte Carlo last year – now leads the World Drivers Championship for the first time, but Leclerc will be hoping to lift his curse of Monaco and deliver in his home Grand Prix.

Practice 1 and 2 threw up few surprises when it comes to the front of the grid, with the Ferrari and Red Bull outfits occupying each of the top four positions.

Given how this season has gone, that leaves us with a likely shootout between Charles Leclerc and Max Verstappen and I fancy the Monegasque native to come out on top.

Max Verstappen has never qualified fastest in the Monaco Grand Prix and has only managed to make the front row in one of his five attempts. Clearly the Red Bull now has one of the most competitive cars on the grid and I do expect to see the Championship leader near the front.

Leclerc, however, qualified fastest last year and was fastest in both practice sessions. He has taken pole in four of the six Grand Prix this season and looks a solid bet to make it three in a row.

Verstappen took the chequered flag first at Monaco last year and has looked almost unstoppable at times this season.

The reigning world champion has won every race he has completed and Red Bull do seem to be getting on top of their critical reliability issues.

He did suffer from frustrating DRS problems last weekend but he has completed – and won – each of the last three races and teammate Sergio Perez hasn’t failed to finish a race since the opener in Bahrain.

I’m backing Verstappen to take his fifth win of the season and extend his championship lead.

Overtaking is notoriously difficult around Monaco but, perhaps surprisingly, only around 50% of race wins have been from pole.

Unfortunately for the neutral, this is rarely due to a raft of overtaking opportunities and rather down to DNFs and pit-stop strategy. The race itself has a tendency to be something of a procession.

Still, three of the last six Monaco Grand Prix have been won from second on the grid and the undercut can prove very powerful. Max Verstappen, who I expect to make the front row, showed incredible race pace after his pit stops in Barcelona and the Red Bull pit crew are famously quick.

Charles Leclerc, fastest qualifier last year, failed to start the race and has is yet to see the chequered flag in five attempts across Formula 1 and Formula 2. His home race has not been kind to him and the engine failure he suffered last weekend only increases the chances of his Monaco curse continuing.