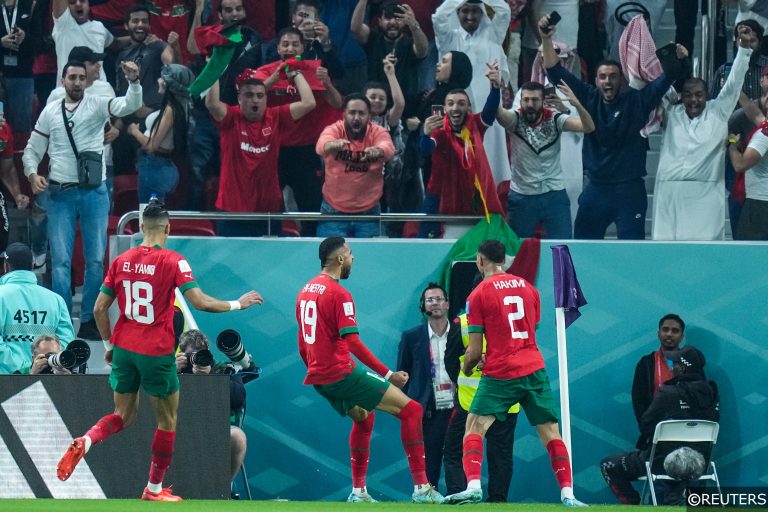 The Atlas Lions have already seen off Spain and Portugal but this match-up with Les Bleus is their toughest task so far, despite the fact boss Didier Deschamps lost a few regular starters to injury before the tournament even began.

The French survived a scare against England in the last round and have already lost to North African opposition in Qatar as they went down 1-0 to Tunisia in the group stages, although that was a rotated team as they had already secured a place in the knockout stages.

There are a few possible scorer candidates who appeal ahead of this last four meeting and Kylian Mbappe is an obvious choice for France as he bids to win the Golden Boot, while key forward Hakim Ziyech appeals at a tempting 7/1 for Morocco.

However, Olivier Giroud is the selection for this Bet Builder as he has stepped up when he has been needed most for the French. The AC Milan veteran grabbed two goals in the group stages and has scored in both knockout rounds so far, and he can continue that run with a fifth World Cup 2022 goal on Wednesday.

Mbappe is an incredibly short price to register one attempt on target and two on goal is still odds-on. As such it could be worth being bolder with this selection and taking the 2/1 on offer for the Paris Saint-Germain forward to register an attempt on goal in each half.

Mbappe is averaging 4.4 shots-per-game in Qatar and 2.0 per-game on target. All five of his World Cup goals have come in the second half, but France will look to impose themselves early on Morocco so the 23-year-old should see a chance or two fall his way before the interval.

Hakim Ziyech to have one or more shots on target

There are a few French players who look reasonable options in the one or more shots on target market but all the usual suspects are short prices, so backing a Moroccan to test the keeper offers better value.

The Atlas Lions will need their big names to take some responsibility against the defending champions and Chelsea’s Ziyech can register an attempt on target. The 29-year-old is averaging 1.4 shots-per-game and 0.4 of those are on target, with a further 0.4 blocked.

France are yet to keep a clean sheet in Qatar so they are conceding chances, and Ziyech looks a good option to hit the target on Wednesday.

Keeping tabs on Mbappe is a big ask for any team, but Morocco do have a bit of insider knowledge as full-back Achraf Hakimi plays alongside the France forward at club level with PSG.

Hakimi and Mbappe is one of the more intriguing match-ups in this semi-final tie as the pair have formed a strong bond at PSG and should, in theory, know each other’s games inside out. The Moroccan may still have to resort to a bit of gamesmanship at times in this clash to stop Mbappe, and as he has committed two fouls in both knockout rounds he may well commit at least two against France as well.

Sofyan Amrabat to be shown a card

Given the quality and pace in the French side, there are a few Morocco players who could well end up being shown a card and holding midfielder Sofyan Amrabat is one option.

The 26-year-old only has one booking in the tournament so far, in the group stages against Croatia, but is averaging 2.0 fouls-per-game and has seven bookings in 13 games in Serie A for club side Fiorentina.

Selim Amallah and Yahya Attiat-Allah are other Moroccans who may end up in the referee’s notebook, while Theo Hernandez and Aurelien Tchouameni look the best French candidates.