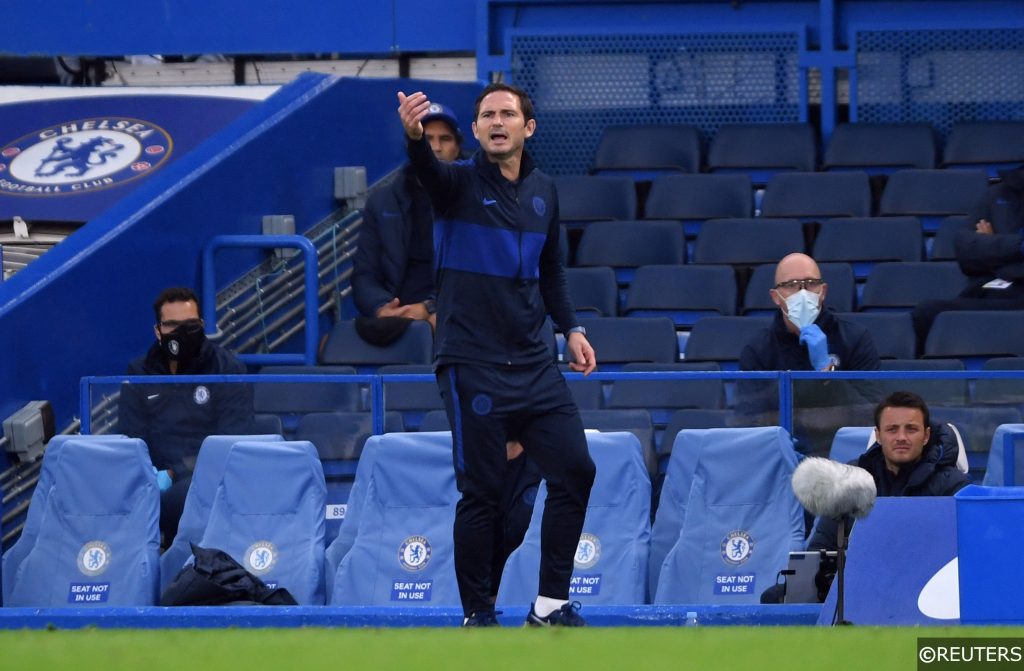 On Saturday evening, Arsenal and Chelsea will descend on Wembley Stadium to contest the 139th FA Cup Final in a heavyweight climactic fixture that promises to be a gripping watch.

In a clash between two London giants that definitely puts the capital “C” in Cup, both Arsenal and Chelsea will be desperate to land the trophy that would see their new managers end maiden campaigns with a silver-lined flourish.

The Blues, managed by four-time FA Cup winner Frank Lampard, arrived at Wembley via the most difficult of routes, beating Leicester, Liverpool and Manchester United to book their place in the Final, while Arsenal outmaneuvered Sheffield United and current holders Man City to claim their spot in Saturday’s showpiece fixture.

For both Lampard and Gunners head honcho Mikel Arteta, winning a Wembley final would be the perfect way to sign off their respective 2019/20 campaigns, and with so much at stake, fireworks are expected at the home of football.

Ahead of the action, we’ve put together a tasty looking five-part #OOT selection with Betfair for Saturday’s FA Cup Final – but before we dive into our Odds on That selections, make sure to check out our more detailed Arsenal vs Chelsea predictions here for further analysis.

Want to add FST’s 22/1 selection straight to your betslip? Check it out below:

Chelsea have been coping well with the pressure of competing on multiple fronts since last month’s restart, though the Blues’ habit of conceding goals is something they just cannot seem to shake.

Frank Lampard’s charges have kept just four clean sheets in 11 attempts during project restart, though their record of striking back at the other end in all but one of those games highlights an attacking strength that can often mask their defensive deficiencies.

While their cup final opponents – Arsenal- have made noticeable strides in their organisation at the back under Arteta, the Gunners still struggle to string shutouts together too.

Arsenal kept just one clean sheet in their last six fixtures, though they were lucky to keep Man City out in that occasion, however like Chelsea, the Gunners’ ability to plunder goals at the other end allowed them to register themselves in five of those same contests.

With both teams prone to a defensive lapse or two, we anticipate goals being scored at either end on Saturday between two top-heavy teams that shared goals in five of their last six encounters. 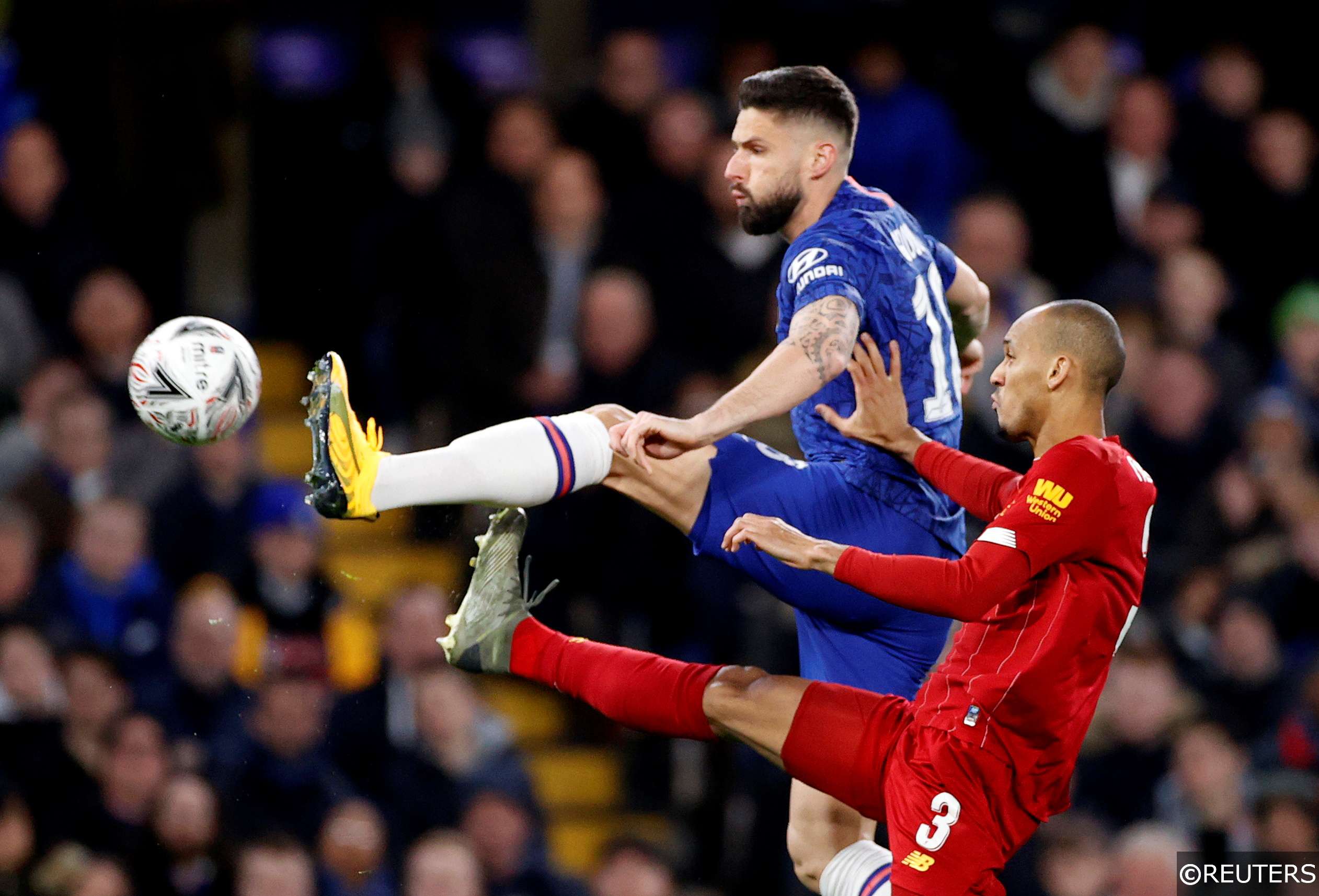 The French World Cup winner has notched seven times in 11 appearances for the Blues since mid-June, with many of Giroud’s goals providing key, match-defining moments.

The 33-year-old will line up against his old employers Arsenal in this weekend’s FA Cup Final, and Giroud’s nose for the big occasion makes him a prime candidate to be a goal-scoring hero for Frank Lampard again.

David Luiz to be carded

Ex-Chelsea defender David Luiz’s reputation for losing his cool both positionally and from a disciplinary perspective is richly deserved, and on an occasion where he will be desperate to shine, we think the volatile Brazilian is worth backing to land himself in trouble with the officials.

The fiery 33-year old has already picked up five yellow cards and two reds for the Gunners this term, and Luiz was carded in each of Arsenal’s Premier League meetings with Chelsea earlier in the campaign.

The ex-PSG star was shown yellow last December in Arsenal’s 2-1 reverse at home to the Blues at the Emirates Stadium, and Luiz has given his marching orders in the rematch when he was sent off on his return to Stamford Bridge in late January.

We don’t expect Luiz’s card to be the first or last one brandished on Saturday however. The two Premier League clashes between Arsenal and Chelsea this season were ill-tempered affairs, with a series of bookings handed out to players on both sides in each skirmish.

In their tussle at the Emirates in December, a bone-crunching nine separate players were shown yellow, while four more combatants were carded in the teams’ return meeting a month later.

It’s also worth noting that Arsenal collected a huge 91 cards in total during their 2019/20 league campaign – a figure that makes the Gunners the dirtiest team in the division from a statistical standpoint. 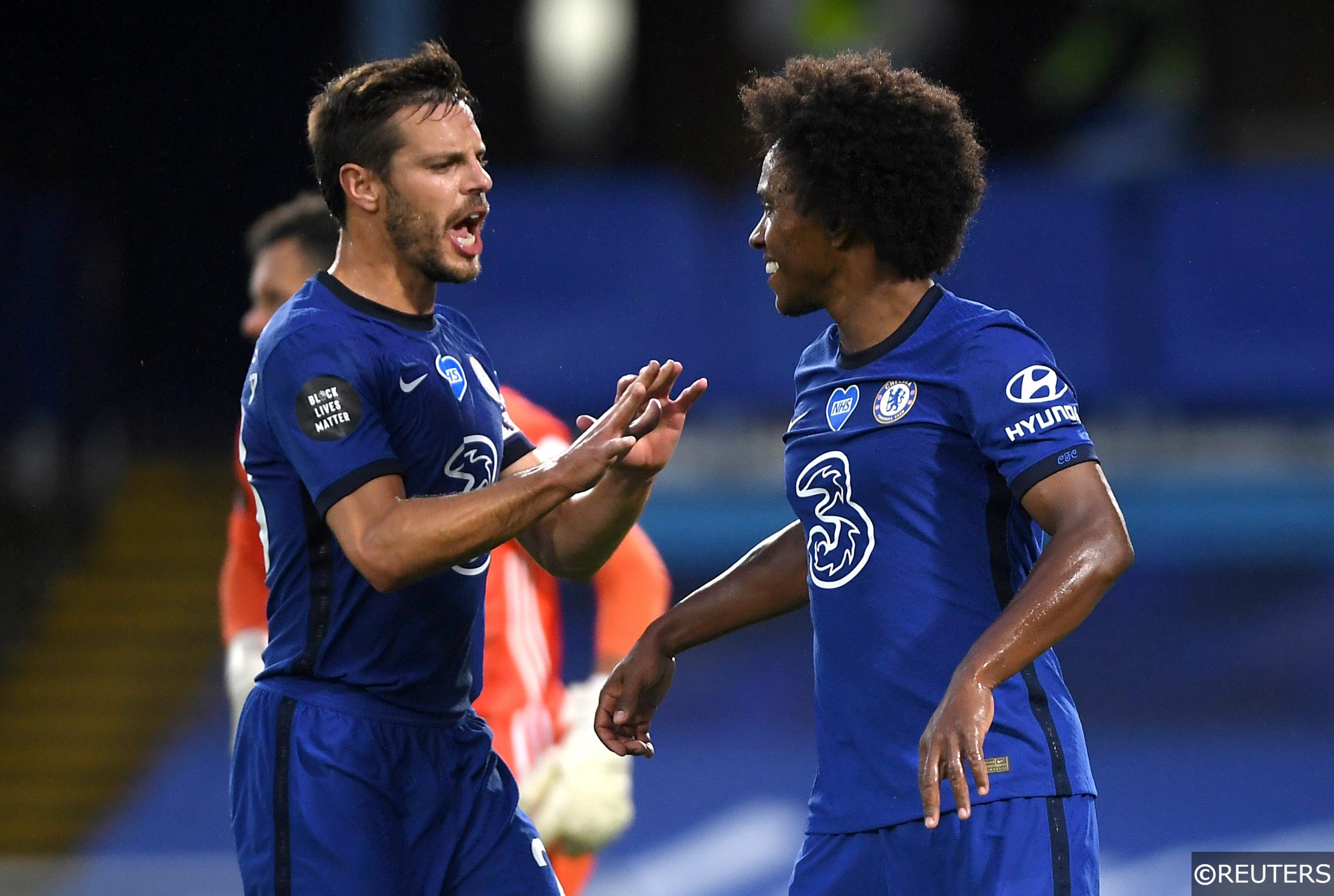 Having closed out the season with eight wins from 11 games and secured their place in the top four of the Premier League, Chelsea’s players should be brimming with confidence ahead of Saturday’s Final.

While Arsenal have every right to be enthused about some of their own late-season work, the Gunners won only 50% of their final six games, and they were a little fortunate to win two of the three games they did against Liverpool and Manchester City.

With Giroud looking a player reborn and Christian Pulisic increasingly influential, Chelsea’s performances have been far more convincing over the past month, and having beaten Arsenal in two of their last three meetings, the Blues look favourites to lift the FA Cup this weekend.