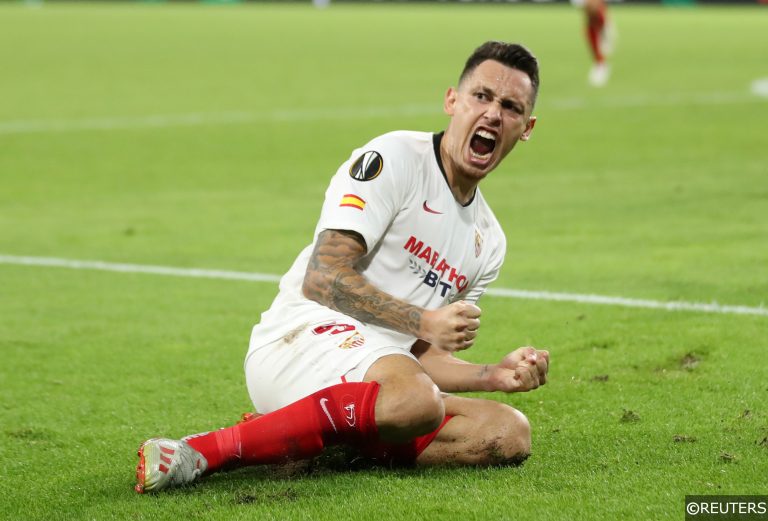 Seasoned Europa League specialists Sevilla take on a youthful Manchester United in the semi finals of this year’s competition on Sunday, in what promises to be a gripping final four contest at the RheinEnergieStadion in Cologne.

The La Liga campaigners outplayed Manchester United in the Last 16 of the Champions League when the clubs last met in 2018, in a clash that is widely considered in retrospect as the point when the Jose Mourinho era at Old Trafford turned irreversibly sour.

Fast forward to 2020 and Los Nervionenses look just as formidable a foe for United, though the Red Devils, running along a more positive trajectory under Ole Gunnar Solskjaer this time around, will be targeting a better result against Sevilla.

Ahead of what promises to be an enthralling night of action in Germany, we’ve dived deep into some research to surface with this lovely looking #OOT, and remember that you can find all our Europa League predictions here.

For a more detailed analysis of Sunday’s semi-final, check out our expert’s Sevilla vs Manchester United predictions here. 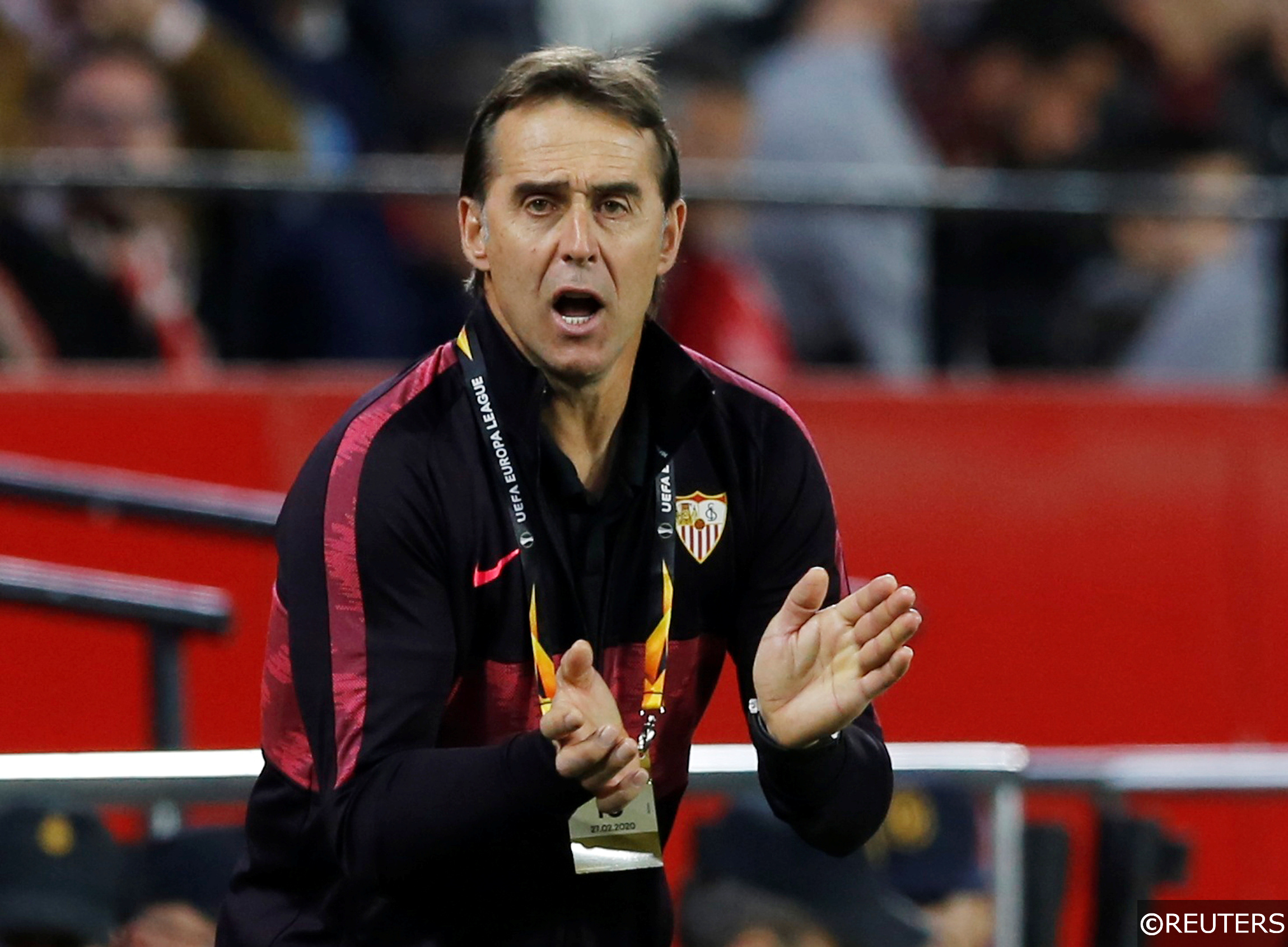 Sevilla to qualify (including ET and pens)

The La Liga outfit – who are unbeaten in 19 competitive fixtures – looked an incredibly robust and tactically disciplined team in their recent wins over Roma and Wolves, and Sevilla might prove too streetwise for a United team dusted with young players.

Sevilla kept an impressive seven clean sheets in their last eight matches, conceding just once in 720 minutes of action overall since early July, and we think United might struggle to break them down.

Solskjaer’s overused first choice XI had already looked jaded before they were taken to extra time by Copenhagen in the last round, and we think their lack of energy should be telling in Sunday’s semi-final.

While Sevilla could never be described as a prolific team overall, their versatile Argentine attacker Lucas Ocampos has offered a consistent threat in the final third for the majority of the campaign.

The 26-year-old, who notched Sevilla’s only goal in their 1-0 win over Wolves in the Europa League quarter-finals, has scored 16 times in all competitions already this season, and Ocampos has been enjoying the most productive campaign of his career in terms of numbers in 2019/20.

Sevilla will look to their increasingly influential talisman again for inspiration on Sunday, and Ocampaos has the skillset to finish off the chances his teammates create for him against United.

Fernando and Brandon Williams to be carded

Experience holding midfielder Fernando is a player who is happy to take one for the team, especially when Sevilla are in danger of being overrun in counter attacking scenarios.

The 33-year-old, has been cautioned a whopping 14 times this season, should have more mopping up to do in central areas against a United side built for springing quickly on the break.

The ex-Man City star will be keen to put his best foot forward against his old rivals, and we think his combative streak will be on show in Cologne on Sunday.

For United, aggressive teenager Brandon Williams looks the likeliest player to be carded. The Manchester-born academy starlet is never shy of launching into a tackle – as evidenced by his haul of eight bookings in 23 starts this season.

The 19-year-old could find the occasion of a semi-final tough to handle, especially against a possession hungry Sevilla team, and we expect a few mis-timed challenges to arrive as a result.

The mercurially talented Bruno Fernandes is a confident shooter from either foot, and the Portuguese schemer is never slow to let fly with attempts from every conceivable angle and distance.

The 25-year-old racked up a notable seven attempts on goal in United’s quarter final triumph over Copenhagen last week, and overall, since joining the club, Fernandes has leathered his way to three or more shots in 13 separate games for United.

As United’s most accomplished free-kick taker and their designated penalty kick taker, Fernandes is always worth backing to run up the attempts, and the former Sporting superstar should fire his way through the three shots ceiling with relative comfort on Sunday.

Corners and Cards betting tips for the weekend’s action (with 83/1 Acca!)