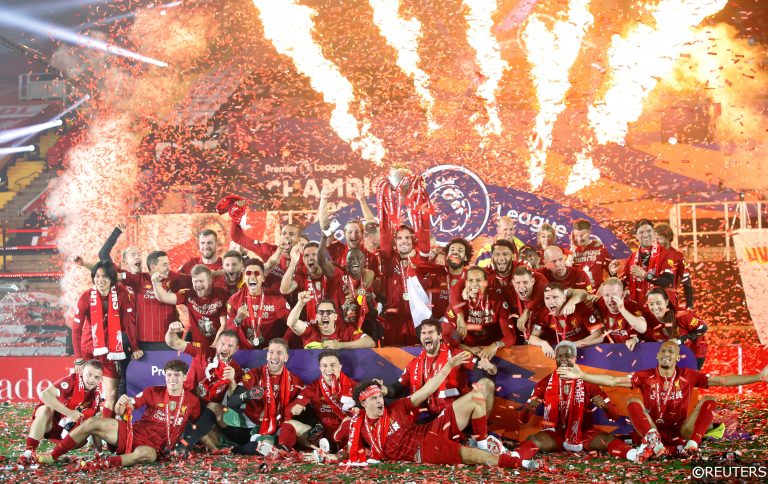 Football’s enforced break earlier this year means the end of 2020 will see a departure from the game’s traditional calendar and scheduling format.

With leagues across Europe all moved down the line, 2020/21 domestic seasons will start much later than usual this year, while dates for cup competitions will also be reworked to fit in with football’s new diary.

The amended schedule of events has led to plenty of confusion about when and where club football will be played over the next few months – but fear not – FST is here to offer some clarity.

Below, we’ve compiled all the information you need to keep right on top of football’s rejigged calendar starting with the season’s remaining Champions and Europa League fixture programmes. 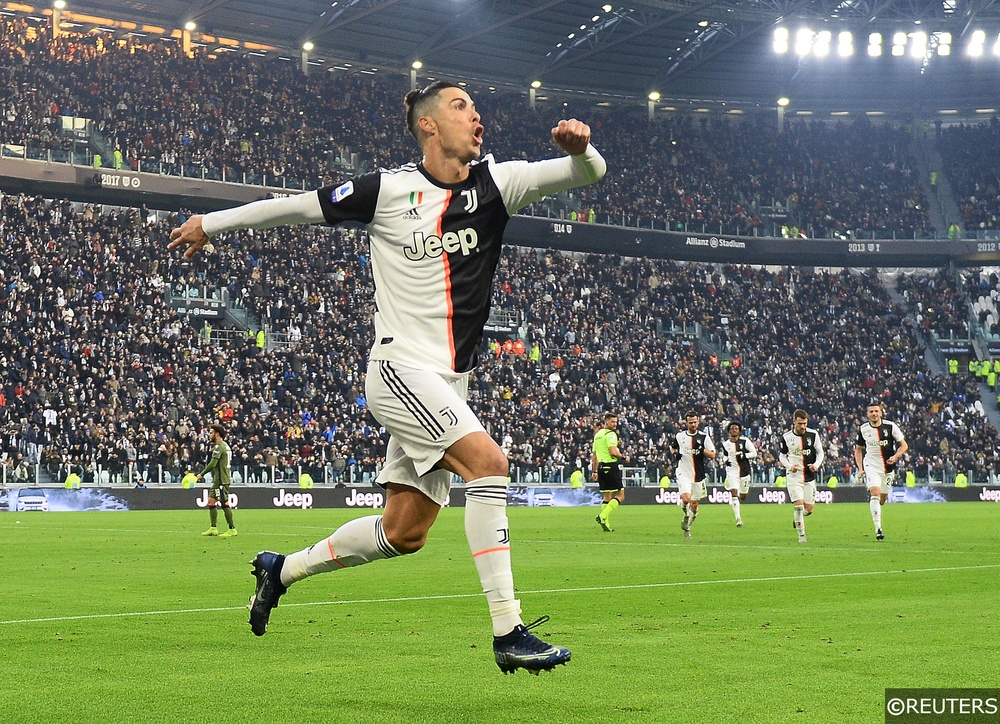 Like it’s more illustrious sister competition, the Europa League’s altered format for 2019/20 will see the remaining Last 16 ties played at the host team’s venues, before the all clubs move to Germany to play a series of one-off knock-out fixtures in an international tournament style set-up. All matches will be played behind closed doors.

Wolves/Olympiakos vs Sevilla vs Roma

Keep up to date with all of our latest match previews and betting tips on our Europa League predictions page. 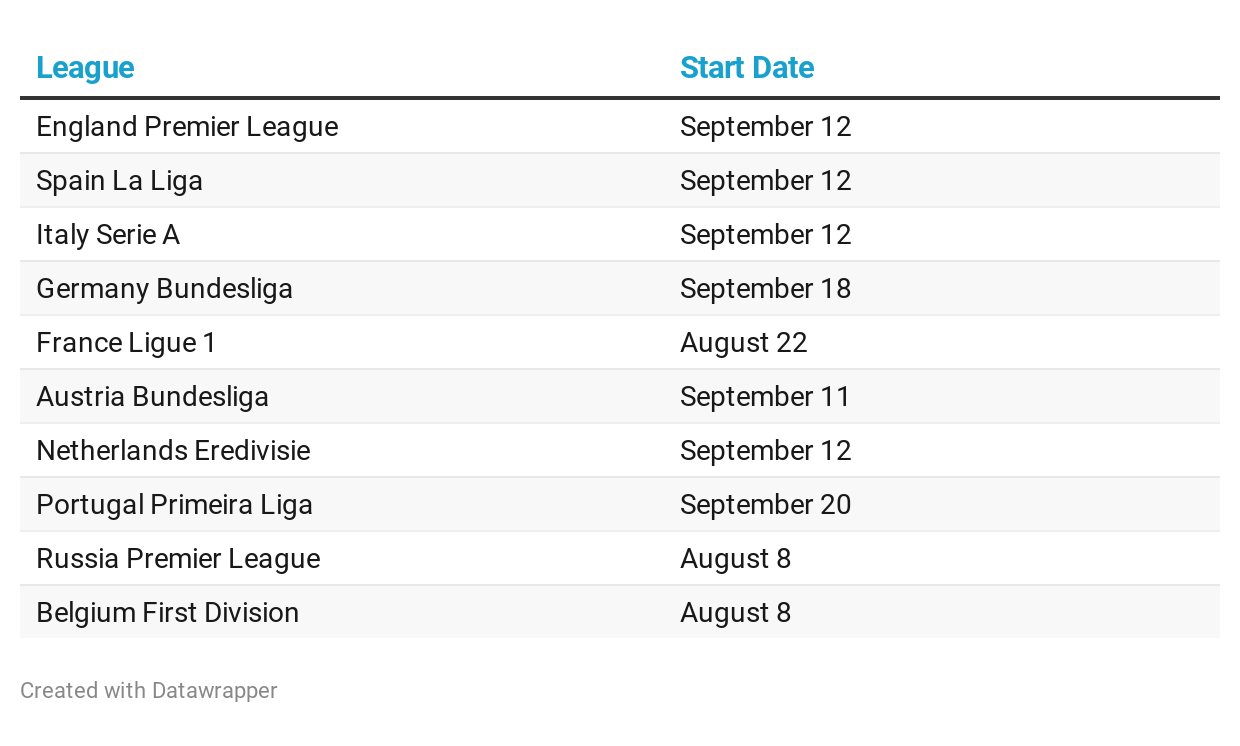 Several teams involved in European football, including Man City, Chelsea, Man Utd and Wolves, could be handed later start dates to offer extra recovery time ahead of the new campaign.

Liverpool will be determined to defend their title at the first time of asking, while Leeds United, West Brom and Fulham will join the top flight from the Championship.

The Emirates FA Cup schedule for the early rounds of the 2020-21 season has been confirmed, with the competition due to start on Tuesday 1 September, though the dates for the first round proper and beyond are yet to be finalised.

England’s other domestic cup competition – the Carabao Cup – have yet to release details for their 2020/21 format.

Spain’s Primera Division will commence its 2020/21 campaign on September 12, with the campaign set to finish on May 23 next year.

Cadiz and Huesca earned promotion from the Segunda Division for next season, where they will be joined by either Almeria and Griona once their play-off tie is decided.

Real Madrid are the league’s current champions having beaten traditional rivals Barcelona to the title by five points.

Serie A in Italy only finished their 2019/20 season on August 1, though the Italian championship will kick back into gear with the fresh 2020/21 campaign on September 12, with a May 23 finish date already pencilled in.

Benevento and Crotone were promoted from Serie B and will rub shoulders with champions Juventus next season, while a third new team will join them via the play-offs, which will be decided in mid-August.

Germany’s Bundesliga was the first of Europe’s major leagues to resume amid the health crisis sweeping across the continent, though the country’s top tier will start its 2020/21 campaign slightly later than its counterparts.

The 2020/21 Bundesliga will kick off on September 18 and the competition will run until its climactic day on May 22 next year.

Arminia Bielefeld and Stuttgart from the Bundesliga from the division below next season, though Heidenheim lost their two legged play-off with Werder Bremen and won’t join the aforementioned promoted duo.

Ligue 1 decided to cancel their 2019/20 season in controversial circumstances in March – becoming the first and only major league to pull the plug on the current campaign.

French football’s decision makers will commence the 2020/21 season much earlier than other big leagues across Europe, with the action set to get under way on August 22. The season is scheduled to conclude on May 23 next year.

Lorient and Lens have been promoted from the 2019–20 Ligue 2. After the French court had initially ruled that the season would proceed with 22 teams, the relegation of Amiens and Toulouse to the 2020–21 Ligue 2 was confirmed on 23 June, 2020, following a vote by the LFP.

Other start dates and schedules around Europe