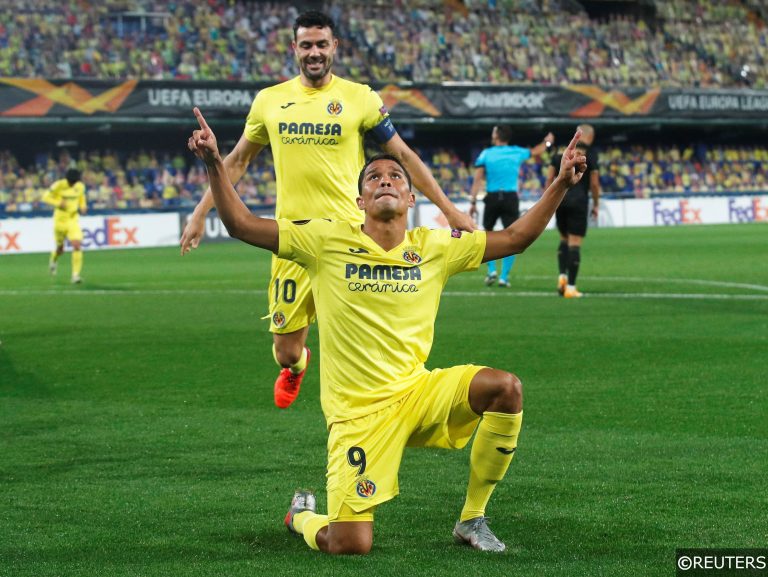 The Europa League kicks back into gear this week, when a hugely competitive field of combatants pair off to contest their Last 32 first leg ties across the continent on Thursday.

Big names from the Premier League, La Liga, Bundesliga, Serie A and Ligue 1 are all gunning for Europa League glory in 2020/21, while several dark horses from less fancied divisions also look capable of upsetting the established order.

With that in mind, we’re taking another look at the Europa League outright markets ahead of the action. We’ve also put together a 72/1 last 32 accumulator. Make sure to check out our Champions League outright predictions here.

Remember – you can find our individual fixture analysis alongside our latest betting tips on our Europa League predictions page. 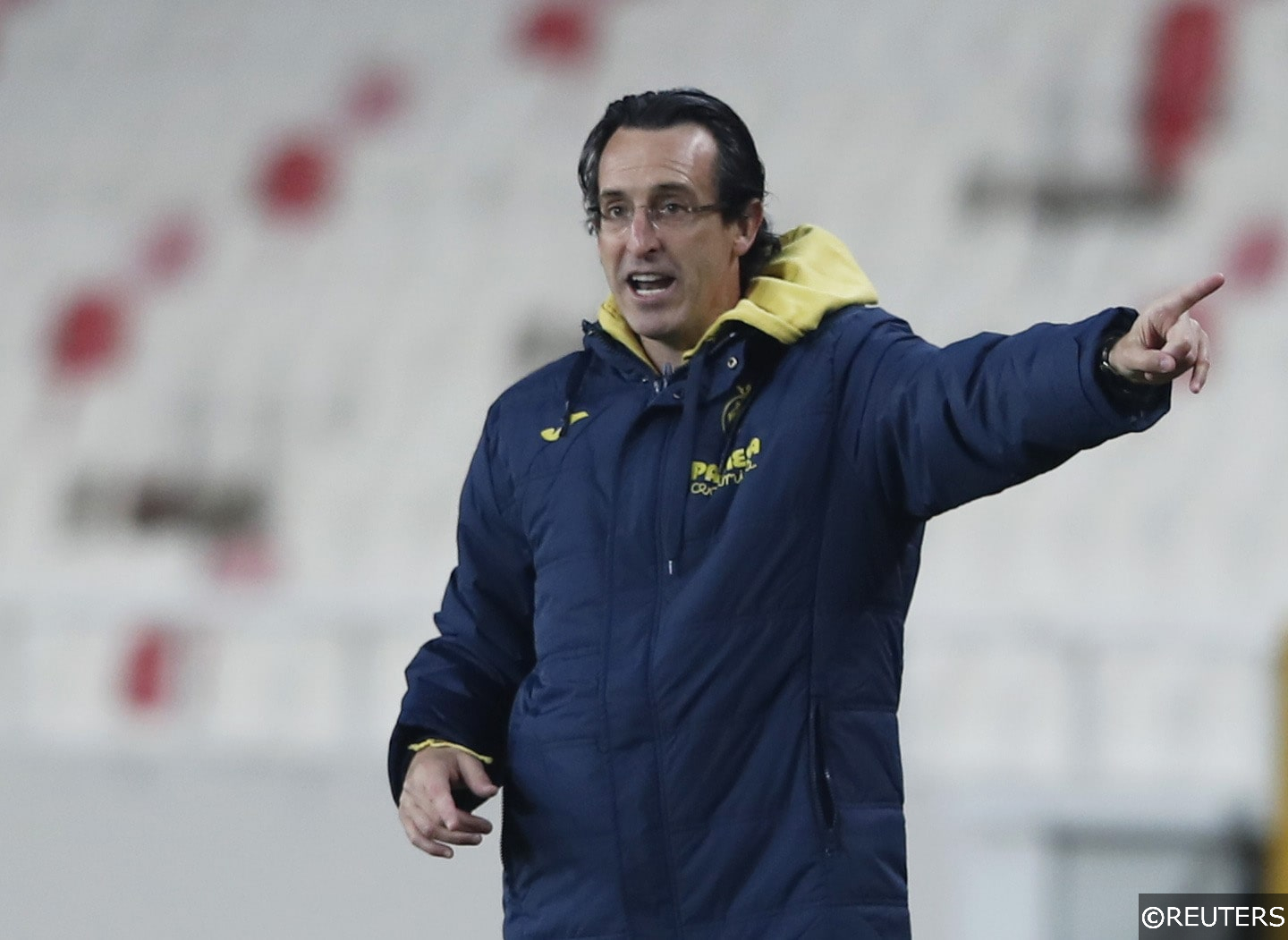 Four Premier League clubs are among the bookmakers’ five shortest prices to win the Europa League this season, but with English teams likely to be distracted by more pressing domestic matters, bettors are advised to look to elsewhere.

Spain has produced six of the last nine Europa League winners, however, with serial trophy landers and current holders Sevilla enjoying life a level up in the Champions League, Villarreal could be the latest La Liga club to get their hands on some silverware.

Managed by three-times Europa League winner Unai Emery, the Yellow Submarine are lurking under the surface with menace beneath the tournament’s bigger reputations, however, Villarreal have the experience and quality to make a real splash.

In Pau Torres, Raul Albiol and Alberto Moreno, they have international class defenders, while Dani Parejo, Francis Coquelin and Manu Trigueros offer a nice blend of skill and steel in midfield.

Further up the pitch, they wield Spanish national team striker Gerard Moreno, while Carlos Bacca, Paco Alcacar and Fer Nino make up a talented supporting cast  that will be further bolstered by the return to fitness of the exciting Samuel Chukwueze in March.

Villarreal have lost just four times all season, and with Unai Emery’s tournament winning knowhow key, they can go all the way to Gdansk. 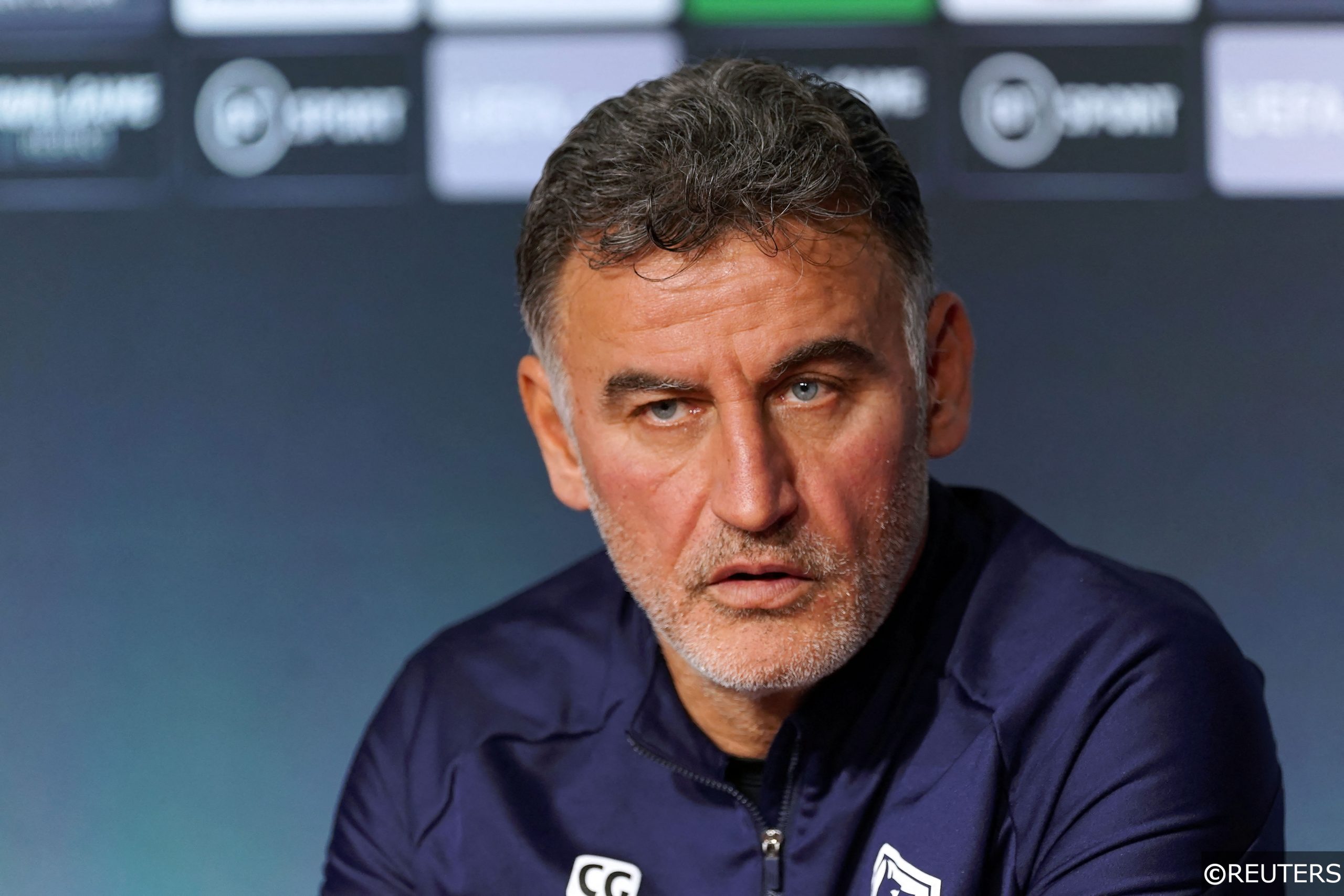 Lille are setting the pace in Ligue 1 this season ahead of the much fancied and perennially dominant PSG, and Les Dogues possess enough bite to make a similar impression in the Europa League.

With Jonathan David and flying wingers Jonathan Bamba and Jonathan Ikone also in their armoury, Lille have counter-attacking pace to burn, and that should come in very useful in two-legged knockout bouts.

Lille have a tricky looking Last 32 clash with Ajax to overcome, but a strong showing against the Dutch champions could see their odds start to tumble ahead of the competition’s next round.

Rangers to qualify vs Antwerp

Rangers have won 10 of their last 12 games in all competitions, while they won four of six group stage games and have scored at least twice in each of their last four games in Europe.

Roma to qualify vs Braga

Roma topped their group in the last round by scoring 13 times in just six matches. The Italian giants should make the most of playing at home second, having won their last three at the Olimpico, scoring 10 goals in the process.

Arsenal to qualify vs Benfica

Benfica were dumped out of the Champions League in the qualifiers and they struggled against Rangers in the group stage. Arsenal should prove to be too strong for the Portuguese side over the two legs.

Granada to qualify vs Napoli

Napoli are suffering an injury crisis, with the club now struggling up front. They’ve been in mixed form which has put pressure on Gennaro Gattuso. The Italians claimed two of their three group wins against struggling Rijeka, while Granada lost only once in their group.

Lille to qualify vs Ajax

Lille have won seven of their last eight games in all competitions and they head into this one after impressing in the last round. Lille claimed a 3-0 win at Milan in one of their standout results and they can topple an Ajax side who lost out to Granada at this stage last year.

Villarreal to qualify vs Salzburg

Villarreal’s chances in this competition look enhance thanks to the presence of Unai Emery in the dugout. The former Arsenal boss guided the Gunners to the 2019 final of this competition, having won it three times before that. Salzburg have been dumped out of this competition early by Napoli and Frankfurt in the last two seasons.

Leicester to qualify vs Slavia Prague

Leicester are coming into this one with three wins from four after beating Liverpool at the weekend. Slavia Prague aren’t going to be a walkover for the Foxes, but Brendan Rodgers did lead his men to three comfortable home wins to nil in the group stage.

Olympiakos to qualify vs PSV

Olympiakos were able to knock out Arsenal and push Wolves close last season. The Greek side should get an opportunity here, with PSV failing to win three of their last four. The Dutch side also suffered worrying defeats to Granada and PAOK in the last round.

League One and League Two predictions and best bets for Tuesday (with 26/1 acca!)