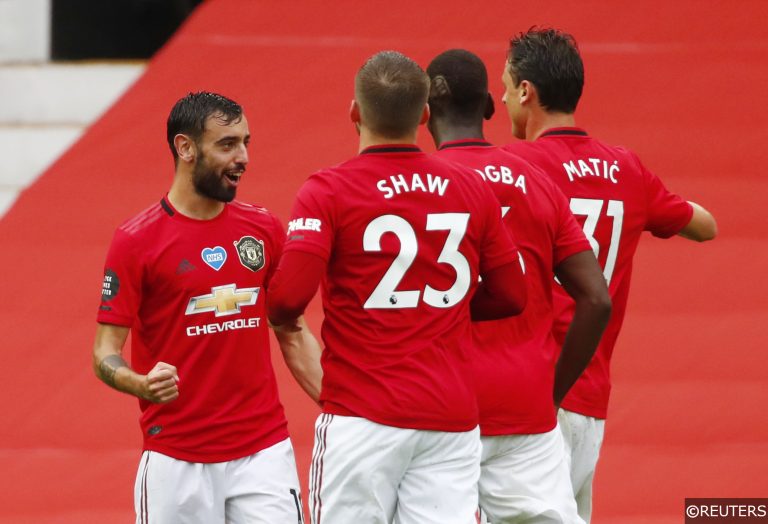 As we approach the penultimate round of Premier League fixtures for the 2019/20 season, we’re firmly in Fantasy Football’s last hurrah territory with Game Week 37.

In an unusually scheduling programme, GW37 spans five days starting this Saturday, July 18 and finishing next Wednesday July 22 – though there are enough potentially points laden fixtures to help finish your FF campaign on a high-scoring note.

As always, FST has picked through the probabilities and statistics to handpick some of the best Fantast Football tips around. 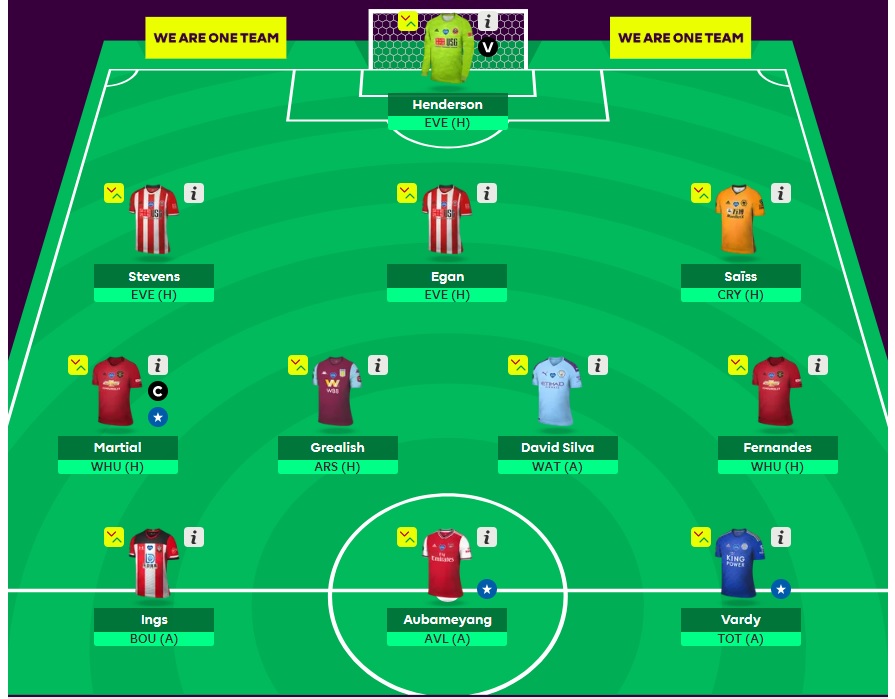 Sheffield United have been one of the value go to clubs for defensive recruits during the 2019/20 Fantasy Football season, and it’s worth plundering the Blades again for backline operators ahead of game week 37.

On Monday, Sheffield United host an Everton team that are playing like a team already on their holidays, and the only goal the toothless Toffees have scored in their last four Premier League away tussles was at relegated Norwich City.

A clean sheet could well be in the offing for Chris Wilder’s charges next week, and we recommend putting Dean Henderson (157 points), John Egan (130 points) and Enda Stevens (140 points) in your XI for a combined outlay of just 15m.

Elsewhere, Wolves’ rearguard regulars are also worth a look with a game against Crystal Palace at Molineux on the horizon. The Eagles failed to notch in five of their last six and should struggle again against Wanderers’ well-organized defensive unit.

At just 4.7m an with 102 points in bank this season, Roman Saiss is quite often an overlooked and underpriced option – as evidenced by the fact that he appears in just 6.1% of FF teams this season.

Make the most of Man Utd midfielders

Manchester United have a must-win game at home to relegation threatened West Ham on Wednesday the 22nd, and somewhat ironically, two of their most potent attacking weapons can be added to your FF midfield ahead of the game.

French forward Anthony Martial, who can still be deployed as a midfielder in Fantasy Football, has been in electric form of late, bringing home a huge 65 points from his last six runouts, and the 24-year-old is a relative snip at 8.4m

The remarkably productive Bruno Fernandes is a fine option at 9.1m to slot in alongside his teammate and after delivering double figures points in three of this last five starts, the Portuguese schemer rarely disappoints.

Manchester City legend David Silva has been pushing hard to end his Citizens legacy on a high in recent weeks, and the veteran Spaniard racked up 30 points in his last two Premier League starts after a couple of mesmerising performances.

The 34-year-old, who will be seeking out new pastures this summer, should start for City for their trip to pay Watford on Tuesday, making Silva’s inclusion a worthy personnel change to consider for a game Pep Guardiola’s team will expect to win.

When scanning the FF lists for attacking ideas this week, it’s worth remembering that the race to win this season’s Golden Boot award will likely provide a massive goal-getting incentive to some of the Premier League’s leading marksmen.

Current top scorer Jamie Vardy, with an unbeatable 207 points this season, will be aiming to do some damage for Leicester in their crucial game against Spurs on Sunday, while Arsenal’s Pierre-Emerick Aubameyang (187 points) and Southampton’s Danny Ings (186 points) will be trying to close the goal-scoring gap between them and the Foxes’ finisher.

All three players have already pushed through the 20-goal ceiling for the season, and a Vardy, Aubameyang, Ings trident up front has extremely high FF points scoring capabilities. 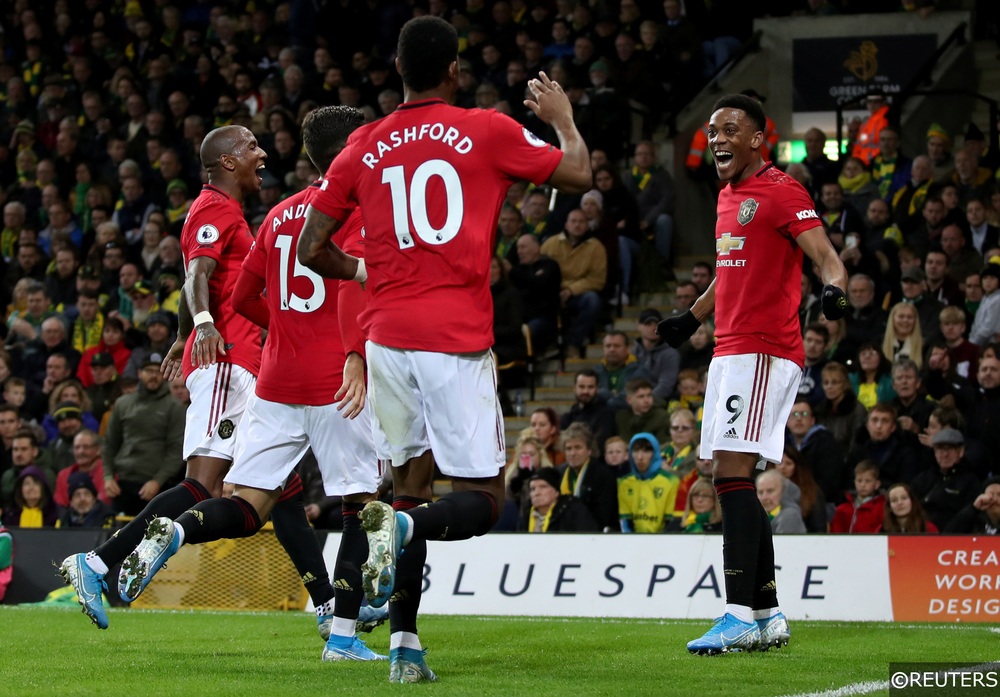 The red-hot Manchester United superstar scored his second goal in as many games in mid-week and his sixth goal overall in the Premier League since the restart in another impactful display against Crystal Palace.

Martial’s ability to create has also seen him provide three assists in his last six starts for United and his double-edged attacking arsenal allowed him to gather a massive 65 points in total from that sextet of runouts.

The ex-Monaco star is expected to lead the line for United again in their do or die meeting with West Ham next week, and Martial should have plenty of chances to run up some big numbers against an Irons defence prone to calamity.