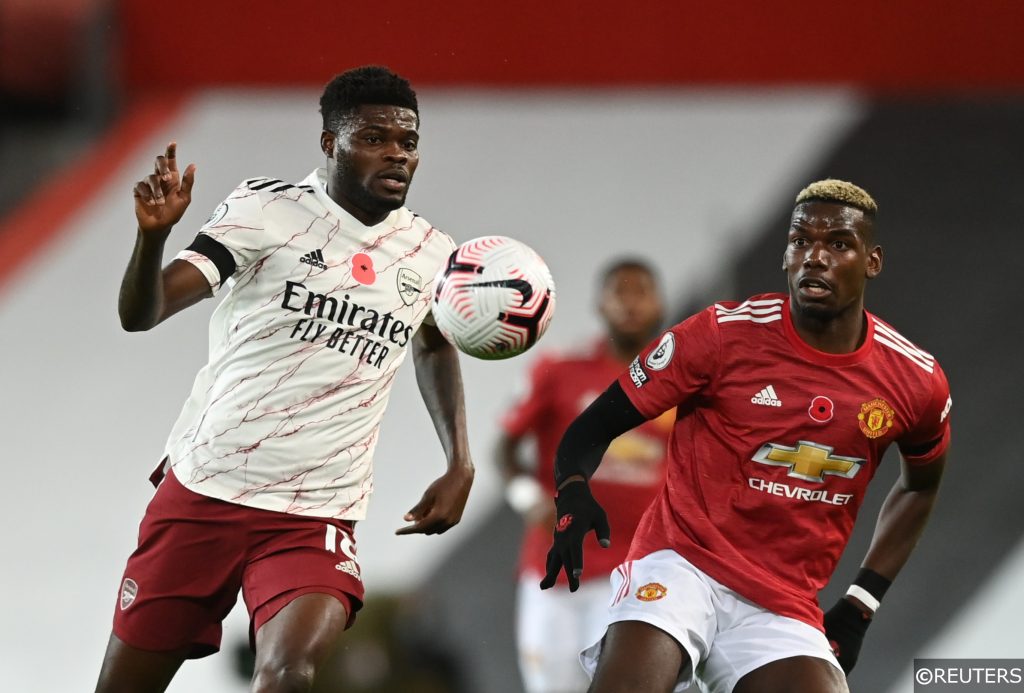 Many of the Premier League’s biggest hitters flexed their muscles during game week 7 of the 2020/21 season, and with a sense of normality returning to proceedings, England’s top flight is finally starting to take shape.

Man City, Chelsea, Liverpool, Tottenham, Wolves, Leicester and Arsenal all took maximum points between Saturday and Monday to power their climb towards to summit, though the outlier in the group – Manchester United – continue to languish near the foot of the table following another home defeat.

Elsewhere, Fulham finally got their first Premier League win following their promotion, launching the Cottagers out of the division’s bottom three for the first time since the campaign kicked-off.

Below we take a look back at the players that put in the best individual performances during game week six of the 2020/21 Premier League season in our latest Team of the Week selection. 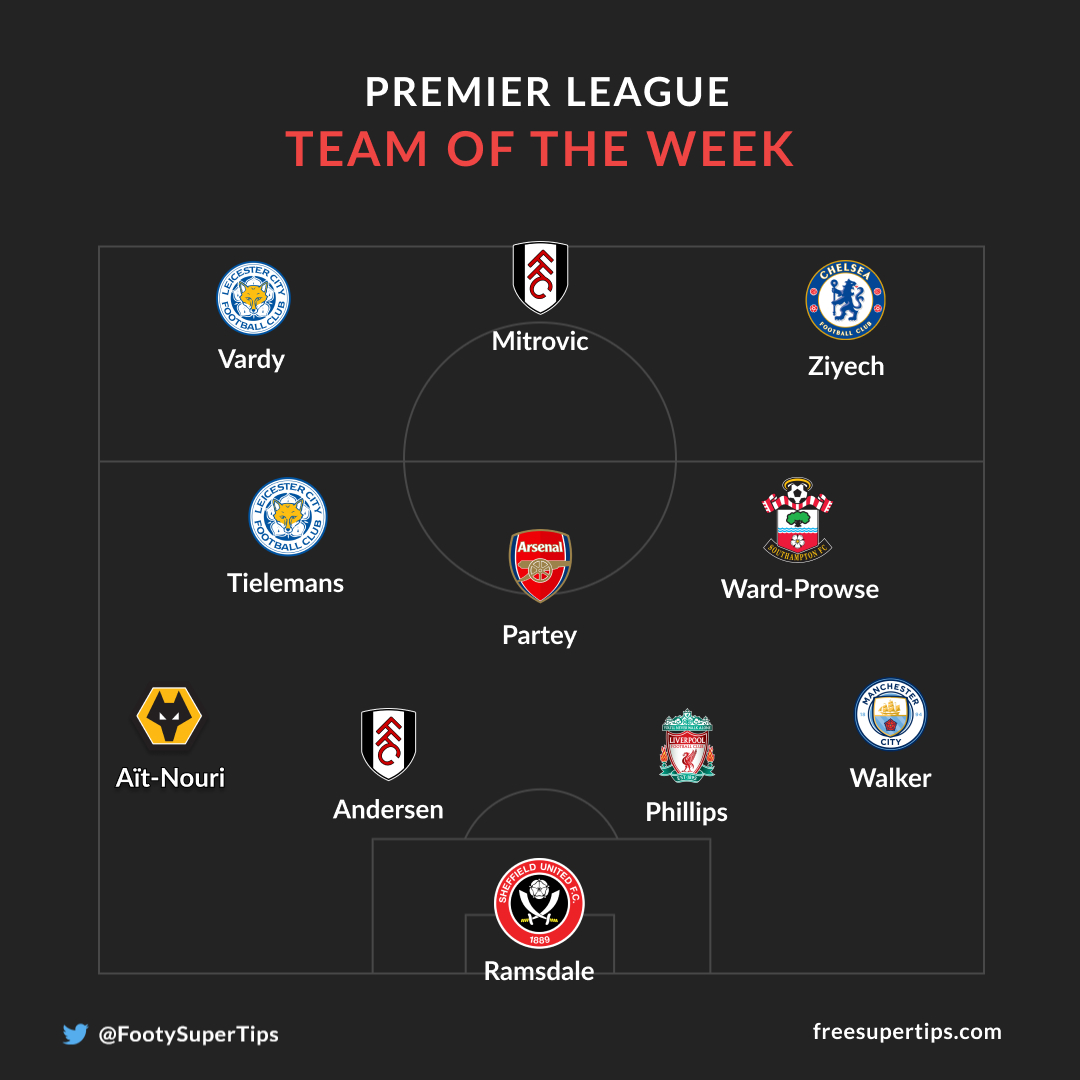 Sheffield United slipped to a 1-0 reverse at home to Man City on Saturday, though the margin of defeat could have been much wider had Aaron Ramsdale not produced a string of top-class stops. The 22-year-old made seven saves in total to limit the Citizens to a single goal at Bramall Lane, and though his team lost on the day, Ramsdale could take pride from a superb individual performance.

Citizens defender Kyle Walker was the only player in the Steel City to find a way past Ramsdale on Saturday, firing home a match-winning Exocet from long-range against his old club. The England man also ranked high for City for interceptions made (three) and successful passes played (75) during his well-rounded display.

With central defensive options dropping like flies, Liverpool boss Jurgen Klopp was forced to turn to 23-year-old Nat Phillips, who was drafted in for his Premier League debut against West Ham on Saturday. Despite his inexperience, Phillips thrived against the Hammers, winning five aerial duels and completing a game-high nine clearances to repel the away team’s attacks.

Fulham claimed their first clean sheet of the season on Monday evening in their impressive 2-0 triumph over West Brom at Craven Cottage, and Danish defender Joachim Andersen played a key tole in helping them secure their shutout. The 24-year-old won more aerial battles (four) and completed more clearances (five) than any of his teammates against the Baggies.

19-year-old Frenchman Rayan Aït-Nouri had a debut to remember for Wolves in his team’s 2-0 win against Crystal Palace on Friday. The promising youngster notched the game’s opening goal after just 18 minutes, and Aït-Nouri’s galloping runs down the left flank made him a nuisance for the Eagles throughout.

Ghanaian powerhouse Thomas Partey was the dominant force at Old Trafford on Sunday, in Arsenal’s hard-fought 1-0 triumph over Manchester United. The Gunners’ summer signing bossed proceedings in midfield, combining strength in the tackle with composure in possession to take full control of the contest.  The 27-year-old completed a hugely impressive 93% of his attempted passes at the Theatre of Dreams.

In a league where set-piece specialists are generally a thing of the past, James Ward-Prowse remains a dead-ball master. The Saints midfielder blasted home two sensational goals direct from free-kicks in Southampton’s 4-3 win at Aston Villa, and the 26-year-old also claimed an assist when he delivered a precision centre onto Jannik Vestergaard’s head.

Marauding Belgian midfielder Youri Tielemans helped himself to two of Leicester City’s four goals on Monday evening, in the Foxes’ excellent 4-1 victory over Leeds at Elland Road. Tielemans notched either side of half time to pad out the final score in Yorkshire, and the 23-year-old also hit the mark with 87% of his passes.

Moroccan winger Hakim Ziyech got off the mark twice for Chelsea on Saturday, grabbing his first Premier League goal and his first assist on a day of double-duck breaking at Turf Moor. With Ziyech influential throughout, the Blues cruised to a 3-0 win against Clarets, and the 27-year-old’s impact would have delighted Frank Lampard.

Aleksandar Mitrovic turned provider supreme for Fulham on Monday evening when the Serbian set up both of the Cottagers’ goals in their timely 2-0 win over West Brom. Mitrovic set up the goals with well placed headed and right foot layoffs inside four stunning first half minutes at Craven Cottage to put the hosts in the driving seat.

Jamie Vardy led from the front for Leicester City again on Monday in the Foxes’ brilliant win at Leeds, and the veteran scored and made one of his team’s goals before he was withdrawn after 85 minutes. The veteran hitman has now scored a whopping eight times in his last seven run-outs for Leicester.