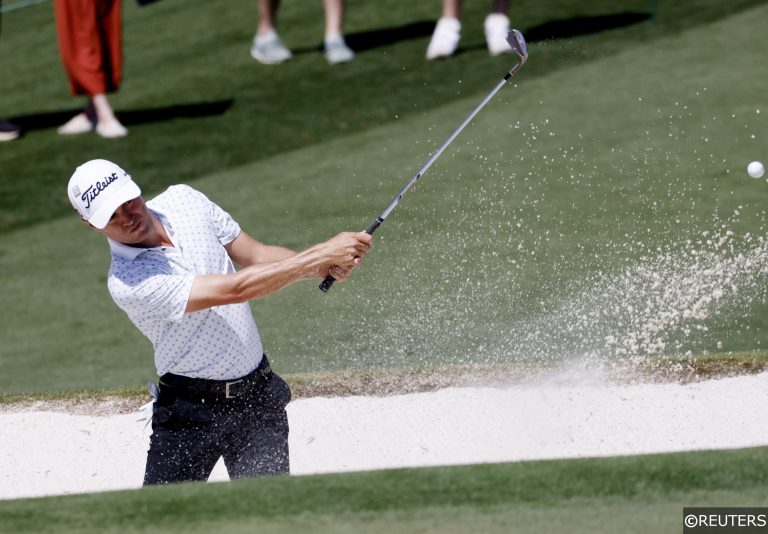 We’re off to Augusta this week for the first major of the year, where the world’s best golfers will compete for the Green Jacket in the 85th edition of The Masters.

The star-studded field in Georgia includes current champion Dustin Johnson – who is defending the title he won in record-breaking fashion just five months ago – while Jordan Spieth, Rory McIlroy and Bryson DeChambeau will be among those aiming to dethrone him.

Some of the other Masters competitors caught our eye this year however, and below you can read our predictions and betting tips for the tournament.

The Masters predictions and betting tips

The Masters course guide and where to watch

Where to watch: Live on Sky Sports Main Event and Golf from 2pm on Thursday

Time difference Georgia is five hours behind the UK and Ireland

Jordan Spieth has been hogging all the attention in the lead-up to the Masters, but it could be his close friend Justin Thomas who ends the week slipping into the famous Green Jacket. Spieth was a winning favourite in the Texas Open on Sunday – and his fans are convinced that was the start of a golden fortnight – but none of the elite were at TPC San Antonio.

Spieth faces a stiff upgrade this week and the last time he beat a world-class field was in the 2017 Open Championship. Thomas, in contrast, defeated the best line-up of the year in the Players Championship at Sawgrass a month ago.

The 2017 US PGA champion produced a ball-striking masterclass over the weekend to become Players champion and confidence levels must be sky-high for Augusta. Thomas has ranked sixth, fourth, second and first for strokes-gained-on-approach on the PGA Tour the last four seasons – and he lies third in the list this term – and that iron-play quality stands him in great stead at Augusta.

His greens-in-regulation statistics in the Masters have always been strong and results of 39-22-17-12-4 have suffered due to poor putting. Thomas has halved his putting ranking from 112th to 56th this season, so an improved stroke could be the key to becoming a member of the Green Jacket club.

Chasing Thomas home on Sunday may be a man who tied for second in the last Masters – Cameron Smith. The gritty Australian was fifth in the 2018 Masters, so he has proven himself in all conditions at Augusta.

He was fifth on his Major debut in the 2015 US Open and his laid-back attitude to life serves him well when the going gets tough. Bright recent form, including fourth spot in the Genesis Invitational, point to another bold Masters title tilt from Smith.