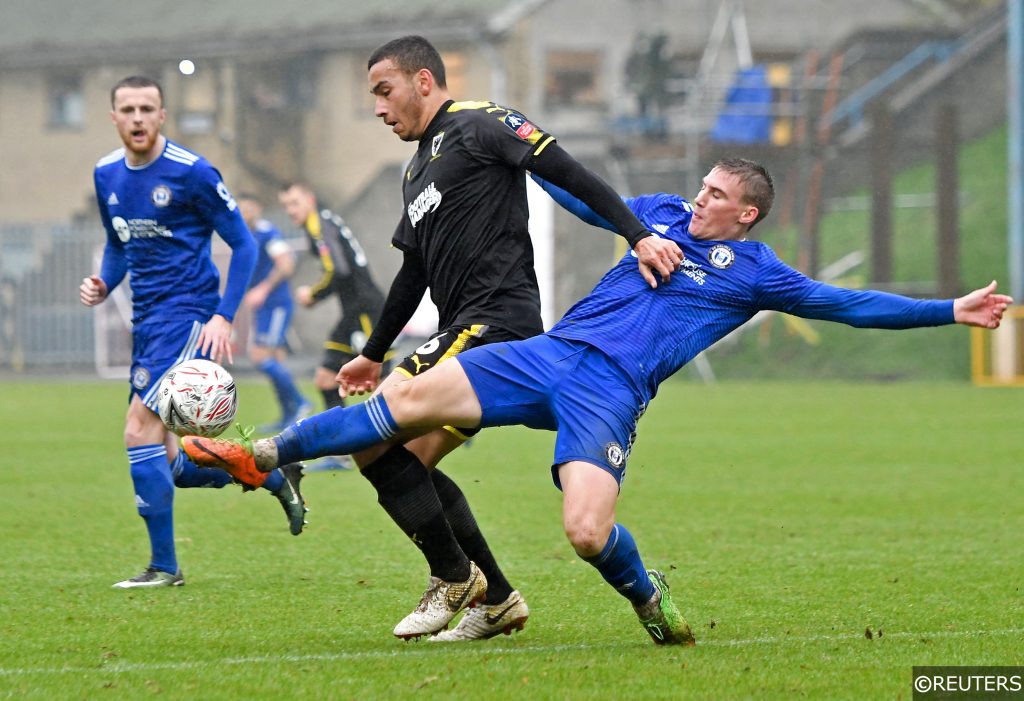 After a chaotic, turbulent and downright gloomy week in the world of sport, with major events being cancelled on an unprecedented scale all over the globe, we find ourselves facing slim pickings on the footballing scene for the foreseeable future.

So, with televised football on the brink of shutting up shop, we best make the most of what we have left!

BT Sport 1’s National League clash between promotion chasing Halifax Town and the relegation threatened Ebbsfleet United now emerges as the standout fixture in Saturday’s calendar. Halifax can move up to third with a win over an Ebbsfleet side that lie four points adrift of safety right now, but can The Shaymen get the job done?

We’ve put together a tasty looking 10/1 Bet Builder on bet365 to brighten up these dark times!

What is bet365 Bet Builder?

By adding these selections to your own Bet Builder using the banner below, you come away with a generous looking 10/1 Bet Builder to add some interest to this BT Sport televised clash. Just click below and add the corresponding selections (or some of your own) to your very own bet365 Bet Builder.