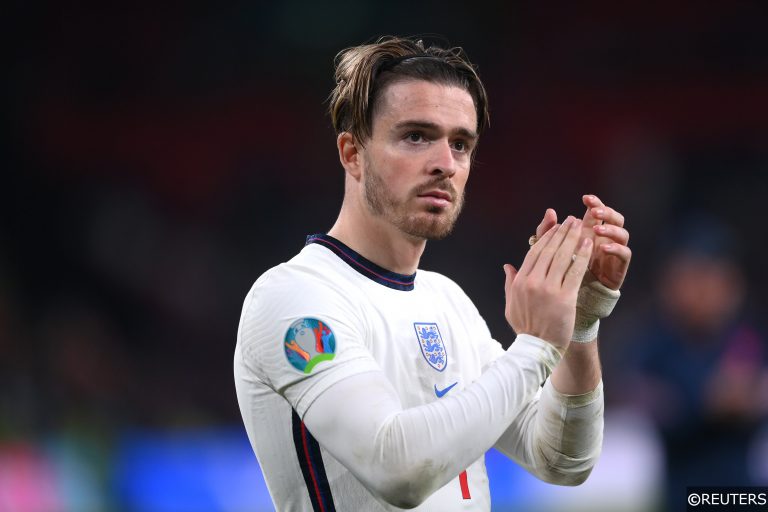 England’s campaign to quality for the 2022 World Cup resumes on Saturday as the Group I leaders take on minnows Andorra, a team ranked some 153 places below third-placed England in the FIFA rankings.

Unsurprisingly, Gareth Southgate’s Three Lions are heavy favourites, with some bookies pricing them up as short as 1/80.

That doesn’t make for a very appealing bet, but there are ways to boost the odds by utilising other markets.

Back England on the handicap

Backing England to win by at least a certain number of goals is one way to boost the odds and add a little excitement to proceedings.

bet365 currently have the Asian Handicap line set at -3.5, paying out a little over even money. England just need to win by four clear goals to land the bet, but how likely is that?

Well, Andorra’s trip to Wembley saw them limp away after a 4-0 thrashing last month but at home they have only lost by four or more goals in one of their last 11 games.

However, that heavy defeat did come against Latvia and they haven’t hosted a side nearly as talented as England in that period. England and Andorra have faced off five times in the past, with England winning 20-0 on aggregate for an average winning margin of… you guessed it, four goals.

Add a goalscorer to your bet

There are rumours that Harry Kane won’t start on Saturday due to Andorra’s pitch but Raheem Sterling offers good value in the goalscorer market.

The Manchester City attacker flourishes in Southgate’s England setup and has scored four goals in his last nine England appearances, all against much better opposition than Andorra.

Combining that with an England/England selection in the Half-Time/Full-Time market – England have been leading at the break in four of their six qualifiers – brings the odds up to 20/21 on bet365.

Back Andorra to get a goal

This brings the price up to a hefty 3/1 and it could offer a bit of value, despite the fact Andorra have never scored against England.

Southgate’s side have ended in three of their last five matches and while Andorra aren’t known for their goals they have found the net a few times of late, especially at home.

The underdogs have scored in three of their last four at home, including consolations against Hungary and Republic of Ireland in 4-1 defeats. Another consolation at the Estadi Nacional isn’t out of the question.