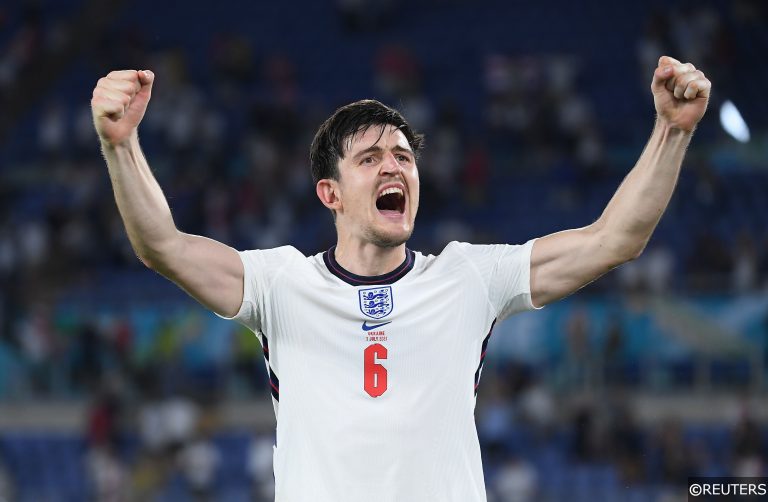 England get their 2022/23 UEFA Nations League campaign up and running on Saturday evening when they take on Hungary at the Puskas Arena in League A Group 1 and, barring a shock result, Gareth Southgate’s men should come away with all three points.

The Three Lions are 4/11 favourites to claim the spoils, while the draw is priced at 7/2 and Hungary are 17/2 to cause an upset on home soil. Backing the visitors in the full-time market doesn’t provide much value, but we have taken an in-depth look at the statistics and picked out some selections where you can get England at even money or better.

How to back the Three Lions at odds-against

England may be hitting the back of the net with regularity but a large chunk of their recent goals have come against much inferior opposition and they may have to be patient when trying to break down Hungary.

Marco Rossi’s men proved they can mix it with the best at Euro 2020 as they secured draws against France and Germany, and they have only been losing at half-time in one of their last 19 matches.

Hungary know how to dig in and soak up pressure, making them hard to break down, and the last time they hosted England the contest was level at the break before the visitors went on to win 4-0. The 11/4 on Draw/England in the Half-Time/Full-Time market looks appealing.

There are plenty of attacking options in this England squad and while Harry Kane to score anytime at 20/21 just misses out on the EVS or better price, the 5/4 available on Raheem Sterling can’t be ignored.

Another Premier League medal came the Manchester City forward’s way this season and he contributed a good amount in the final third, scoring 13 league goals and also notching three times in the Champions League.

Sterling scored in England’s last match – a 3-0 victory over the Ivory Coast – while he also netted the opener in the 4-0 success over Hungary at this stadium in September last year.

The 27-year-old continues to be one of Southgate’s most trusted players, which suggests he will be in the starting XI on Saturday, and the 15/4 on the forward to grab the first goal is also worth consideration.

With Hungary expected to frustrate England for as long as they can, it wouldn’t be surprising to see a low-scoring contest and the 2/1 on the Three Lions to win and there to be under 2.5 goals in the match offers great value.

Rossi’s side have been a tough nut to crack in their own backyard and they have only conceded more than one goal in a match twice in their previous nine home assignments, proving how resolute they have been in defence.

Saturday’s encounter also comes soon after the end of a busy domestic campaign, so fatigue could play a part, and this could turn out to be a low-scoring victory for England.

Safer Gambling tips: Taking a step back over summer