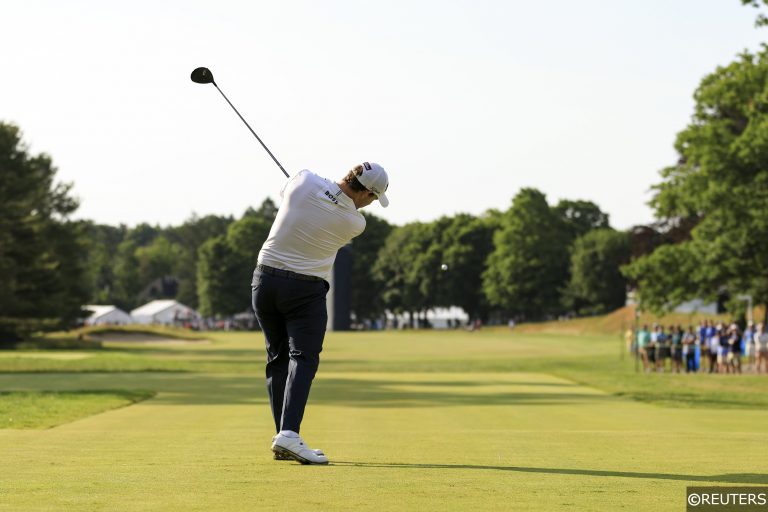 This week there is action from the PGA, DP World and LIV tours to look forward to and we’ve called on Racing Post golf expert Steve Palmer for his predictions.

The result is the 133/1 winners treble tip, which as always he recommends backing as an each-way bet.

FST golf followers can gun for a 133/1 treble this week, with three men’s tournaments taking place across the globe.

The DP World Tour is in Madrid for the Spanish Open, which starts on Thursday morning, while the PGA Tour has moved to Las Vegas for the Shriners Children’s Open.

Each-way treble fans can bolster their investments on the main tours with the LIV Golf Bangkok event – the 48-runner, no-cut action, where a $4m first prize is up for grabs. LIV Golf Bangkok is a three-day, three-round affair starting in the early hours of Friday morning (UK and Ireland time).

Jon Rahm, the 9/4 favourite in Madrid, can get the treble off to a strong start. The former world number one is nicely rested as he tees off in his homeland bidding to match the Spanish Open record of his hero Seve Ballesteros, who won his national title three times.

Rahm, who triumphed at this week’s venue by five shots in 2019, should outclass the rest of a weak field again.

Rahm can be put with Patrick Cantlay, the 13/2 Shriners favourite, and Cameron Smith, a 9/2 chance who is jostling for market leadership with Dustin Johnson in Bangkok.

Cantlay can boast form figures of 1-2-2-8 at this week’s Shriners venue – TPC Summerlin – and he has never teed up there with a higher world ranking than he has currently.

Cantlay made his PGA Tour breakthrough at Summerlin in 2017 and is a total of 70 under par for his four starts there. Smith may form a similar love affair with Stonehill, the home of LIV Golf Bangkok.

The soft, wide-open venue should serve up a birdie-fest and Smith, a former Asian Tour regular who is arguably the best putter in the field, seems best equipped to take advantage.