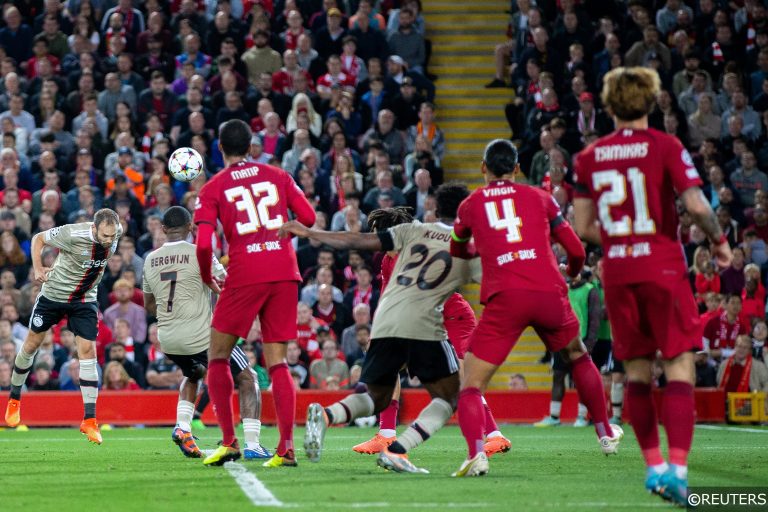 We’ve already covered the fixture in our dedicated Match Predictions section, and now we’ve put together this huge 40/1 Ultimate Bet Builder tip with four special bets – which you can back below.

A shocking 1-0 defeat to rock-bottom Nottingham Forest in the last round reaffirmed many Liverpool fans fears that they are more than likely already out of the title race this season, yet they are offered the chance for immediate redemption as they seek to avoid back-to-back defeats against sides in the relegation zone for the first time in a decade.

Liverpool won three of their last four games and are unbeaten in ten straight Premier League home H2H encounters (W7, D3). A 3-0 win over Ajax in midweek boosts Liverpool’s hopes of avoiding another scary league result ahead of Halloween whilst justifying their short 1/3 price to come out on top.

Clean sheets have been imperative to Liverpool’s success since the beginning of October, four of their five competitive victories this month saw their opposition shut out, whilst they’ve only conceded once in over seven hours of play ahead of this clash.

In stark contrast, Leeds have failed to score in three of their last five league games and head into this on the back of four straight away defeats. Leeds boss Jesse Marsch reportedly fights for his job, yet he will likely struggle to strengthen his case here.

The affectionately known “Egyptian King”, Mohamed Salah will be licking his lips at the prospect of facing off against Leeds. He is averaging 1.5 goals scored per game after his six strikes across four encounters with them, and that increases to 2.5 with his five goals in two home meetings!

That’s not to mention that Salah has taken the most shots of any player between the sides in this Premier League season (36). Consequently, Salah should have ample opportunity to hit at least twice should he keep up his average return of 3.27 shots per game.

Tyler Adams to receive a card

Although Tyler Adams only signed for Leeds in the summer, he is already touted for a move to Manchester United after some strong personal performances.

However, the USA international loves to get stuck in and has committed a joint-high 16 fouls along with Pascal Struijk amongst both clubs players in Premier League action.

Those fouls have resulted in two bookings so far, but he recorded more than that in each of his last two seasons at RB Leipzig and could find himself in trouble again as he attempts to repel the advances of Salah & co. 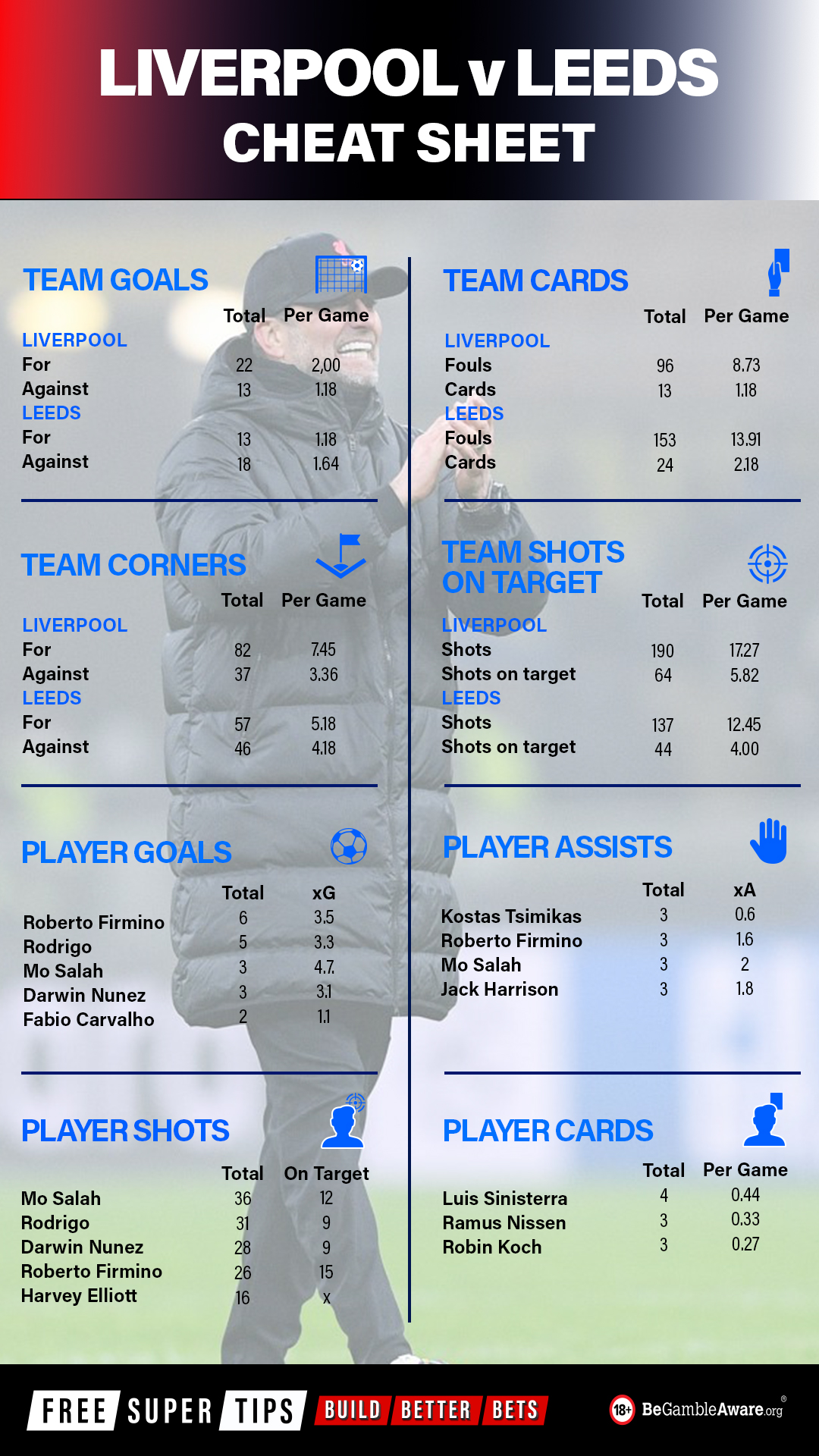 Back these four sides to bounce back with this 29/1 acca!