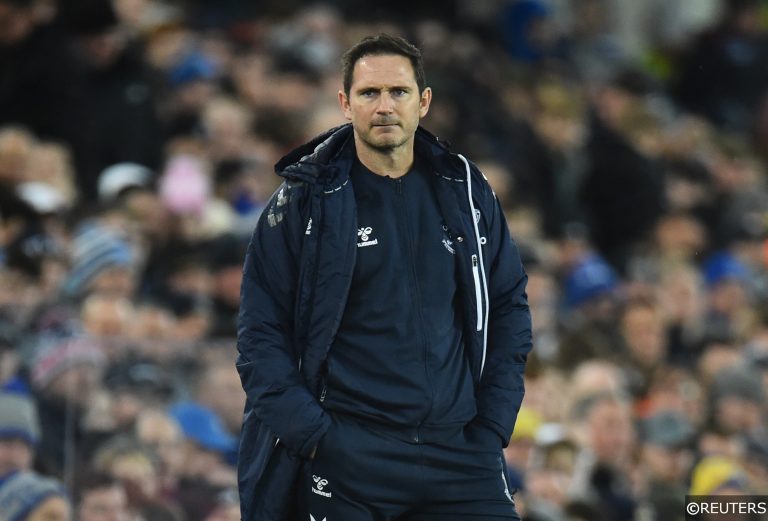 This week, we asked our team of experts for their best outright bets at the midpoint in the campaign.

The majority went for selections from the top two divisions, but a few ventured lower down the footballing pyramid for their tips.

Southampton to be relegated. Admittedly, Nathan Jones worked wonders with limited resources in his two spells at Luton but he struggled at Stoke and there is no doubt that there are question marks over him making the step up to the Premier League.

It was probably the right time for Ralph Hasenhuttl to move on but the Saints lack quality and there are no signs of any real investment on the horizon, with just one Premier League win since the start of September illustrating the task which Jones faces.

Just as importantly, many of their main relegation rivals could also improve – Nottingham Forest were playing their best football of the season before the break, Julen Lopetegui should have a positive impact at Wolves, and other teams look to have stronger squads.

Everton look in big trouble to me. Teams who narrowly escape the drop one season often kick on in the next but those who don’t carry their momentum into the new campaign usually flounder.

The Toffees have some good players, with Amadou Onana a star in the making, but lack consistency and despite his public claims of confidence, Frank Lampard fails to convince me that he can keep them up either through performance or personality.

With key fixtures against Wolves, Southampton and West Ham before the end of January, the Toffees have chances to pick points up but they have flirted with the drop in recent seasons and look a real value bet to finally go down.

Jurgen Klopp has been talking up Liverpool’s top four charge and it seems plenty have bought it, with the Reds now odds-on to make the top-four. That’s opened up an opportunity to oppose them, as they’re 5/4 to finish outside the Champions League spots.

Klopp has also admitted that Liverpool’s squad needs a boost, but with rumours of a sale coming it’s hard to see a busy January at Anfield. If they step into the market, it’s hard to see them fixing the big issue – replacing Sadio Mane.

The Reds have won just six of their first 14 games and they’ve not exactly been hard done by. They sit sixth in the Expected Goals table, while they’ve won only once on the road in the league this term. The five sides ahead of them have a better shot at a Champions League spot, while Chelsea should improve from January. Given the opposition they face and their displays so far, back Liverpool to top out at fifth at best.

It has been a tumultuous season for fans of Coventry City but with their transfer embargo lifted ahead of the January transfer window and an impending takeover of the club on the cards, things are looking up for the Sky Blues, who are a value bet to make the Championship playoffs.

Coventry are only a handful of points off the top six as it stands and have looked decent since their return to action after the World Cup, pushing Reading close in a 1-0 defeat, drawing 3-3 with Swansea and then holding their nerve to beat West Brom.

Viktor Gyokeres scored the decisive goal of that win over the Baggies from the penalty spot and if he keeps firing, they stand a good chance of making the top six, especially if more money is made available to the club by new owners in time for January.

There is usually some value to be found in the Championship at this time of year and the 18/1 on Coventry City to be promoted looks a decent bet to me. The Sky Blues are in 12th spot but they’re only two points adrift of the play-off places and they are one of the divisions form teams – with 17 points from their the last 10 games.

In Viktor Gyokeres, they have one of the better strikers in the second tier and if he can continue coming up with the goals then Coventry could well force themselves into those top six spots and mount a real challenge for promotion.

At 8-1 I think Middlesbrough are excellent value to gain promotion from the Championship. Boro were down in 14th place prior to the Boxing Day fixtures, but Michael Carrick has made a positive start to his managerial career at the Riverside and Middlesbrough were only four points off the playoff places.

It’s a congested second-tier table, and although Burnley and Sheffield United are looking to pull clear at the top, there is little quality amongst the other promotion contenders. Boro chairman Stephen Gibson is likely to back Carrick in the January transfer window, and if Middlesbrough continue to perform as they have done under the brief leadership of the former Man Utd midfielder, then a playoff push is certainly on the cards.

Cardiff City to be relegated from the Championship looks on the big side to me, with a tough run of fixtures perhaps set to see odds of 11/2 come tumbling down.

Plenty may argue that there are three other worse teams in the division but the big factor is a distinct lack of goals, with only one other side having scored fewer than their tally of 20, while Callum Robinson tops their charts with four.

True, they don’t concede too many so the corner they can turn appears not too far out of reach but they were held by fellow strugglers Blackpool at home last time out, and were also beaten by Hull City recently.

The Bluebirds face a tough trio of fixtures post-Christmas with back-to-back games against promotion hopefuls QPR, Coventry and Blackburn and the situation may get worse before it gets better, potentially eroding confidence and increasing pressure further.

A solitary shout from League Two

Northampton missed out on automatic promotion from League Two on a breathless final day last season – Bristol Rovers leapfrogged them on goals scored with a 7-0 rout of Scunthorpe – but they can make amends with a top-three finish this season.

Now seemingly over the worst of their injury troubles, things are looking rosy for Northampton right now as they find themselves in the top three having lost just twice in 15 league games since the start of September.

Jon Brady’s side may have their work cut out to catch runaway leaders Leyton Orient but they may be the second best team in the division, highlighted by away wins at Stevenage, Swindon and Bradford. They are also one of only two teams to have avoided defeat against the London-based league leaders.

Heading into the Boxing Day fixtures, they had a seven-point cushion on fourth-placed Swindon and, with inconsistencies blighting much of those below them, that may be a bigger lead than it feels. Odds-against is still widely available about the Cobblers going up automatically.