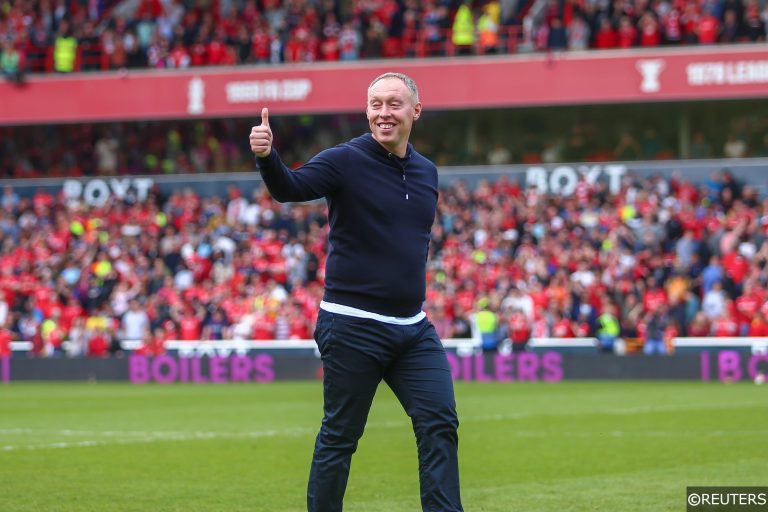 Big prices appeal to two of our experts

Harvey Barnes looks like a real contender to top the assists chart this season at a huge 40/1. Barnes finished just three shy of Mo Salah’s tally last term despite Leicester’s struggles and the fact that he made only 24 starts.

The Foxes’ midfielder should feature more this term with no European distractions at the King Power, while the return of Jamie Vardy should help to boost his assist tally. The potential departure of James Maddison could help Barnes even more in this market, but regardless he seems like a great each-way bet.

Erling Haaland is a worthy favourite to be the Premier League’s top goalscorer in his maiden campaign and I think he will get the job done but in the same market, I think the value bet of the season has to be Raheem Sterling at 33/1.

Not everything is going right at Chelsea right now but Thomas Tuchel has made it clear that Sterling will be their main man.

Sterling has outscored Chelsea’s top scorer in all competitions in each of the last five seasons and, even though he was restricted to 23 starts in the league last term, he still bagged 13 goals for Manchester City. The England international is in the prime of his career and could enjoy a great season at Stamford Bridge.

Leeds narrowly avoided Premier League relegation last season but I think they have a real fight on their hands to stay in the top flight after losing both Kalvin Phillips and Raphinha – the club’s top scorer last term.

The Whites brought in Luis Sinisterra this summer to provide some attacking threat, but there are already doubts over his fitness after a pre-season injury, while only one new defensive recruit has come in to try and resolve a defence that was the second-worst in the 2021/22 campaign.

Jesse Marsch is also inexperienced when it comes to managing in England and the 9/4 you can get on the West Yorkshire outfit to go down is hard to ignore.

Bournemouth spent five seasons in the Premier League during their last spell in the top flight, but it is hard to look beyond a swift return to the Championship for Scott Parker’s side this term.

A lack of recruitment and perhaps ambition appears to be hampering the Cherries, especially when comparing them to big-spending Nottingham Forest and Fulham, who they were promoted alongside.

It is hard to see Bournemouth mounting a serious survival challenge and there appears to be value in backing the 11/8 Cherries to finish bottom.

The Egyptian has scored 118 goals in 180 Premier League appearances since joining Liverpool and enjoyed his second-best goalscoring season last year, despite missing a month of action due to the African Cup of Nations. 2021/22’s shared Golden Boot was his third in five seasons and he will have a six-week rest during the World Cup this winter.

Trent Alexander-Arnold has finished in the first three in the most assists market three times in his four full seasons at Liverpool, with the only exception the 2020-21 season where Liverpool struggled across the board.

The right-back finished just shy of winning the assist title last season as teammate Mo Salah pipped him to the post by a single assist. Alexander-Arnold may also benefit from the aerial presence of new signing Darwin Nunez, who at six foot two inches is a more conventional threat in the air than Sadio Mane was.

Liverpool are likely to be right up there once more this season and as an each-way play the 9/1 about Alexander-Arnold registering the most assists in the league makes plenty of appeal.

Forest and West Ham have support

Nottingham Forest have been supported in several markets after their Championship playoff success under Steve Cooper and an ambitious summer of transfer business.

They look a tempting bet to be the best of the three promoted clubs as Fulham’s squad does not look significantly stronger than the ones who were relegated in 2018-19 and 2020-21 and Bournemouth are set to struggle under Scott Parker.

The 14/1 about Forest finishing as top Midlands club merits an interest too. Leicester may well lose some key players before the end of the transfer window, Aston Villa’s spending spree is not entirely convincing, and Wolves were massively flattered by their top-ten finish last season.

It’s hard to see why West Ham would take too many backward steps this season and having finished seventh behind the Big Six last season there have to be good grounds for thinking they can claim that spot again – or maybe better.

David Moyes has been canny rather than carefree with his spending, keeping hold of the likes of Declan Rice and Jarrod Bowen and bringing in an Arnautovic-like frontman in Gianluca Scamacca.

Leicester don’t look like progressing, Wolves and Brighton are going to be taking steps backward while Newcastle, the obvious threat, come with a short price and no guarantees.