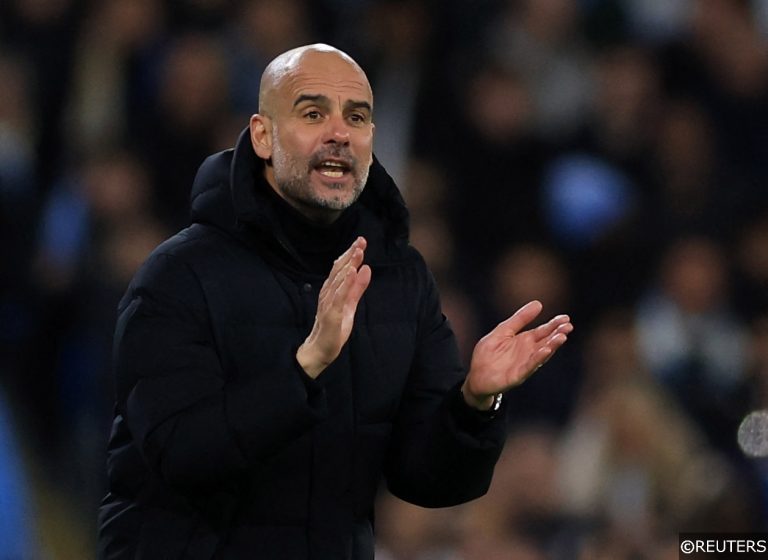 Last week saw the probably the biggest transfer of the summer completed before the end of the season as Norwegian sharpshooter Erling Braut Haaland was snapped up by Manchester City for a cool £50 million.

Now all that remains is to see how many goals the hottest property in football will score under Pep Guardiola, and we have asked eight experts how much of a success the 21-year-old will be at the Etihad.

Manchester City have been missing an out-and-out striker all season but that won’t be an issue next year now they’ve brought in Erling Haaland. When a player makes the move to the Premier League there will always be questions as to how quickly he will adapt, but Haaland made the step up from Austria to Germany seamlessly and I doubt it will take him too long to get up to full speed.

City have scored an incredible number of goals this year and I doubt those numbers will increase dramatically following Haaland’s arrival. However, in the huge games he could make all the difference. Think back to the 2-2 Premier League draw with Liverpool in April – City created nearly twice the number of chances as the Reds (11 to their six) but scored the same number of goals, they wasted chance after chance in the Champions League against Real Madrid and on Sunday they missed from the spot against West Ham. With a player like Haaland in the team they may well have fared better in those games, and while his arrival might not lead to a massive improvement I can only see it making an already fantastic team that little bit better.

There is no doubting the raw talent Erling Haaland possesses and in the state of today’s market the £51million release clause was more than reasonable.

Goals should be guaranteed for the Norwegian sensation given the rate at which City churn out chances and although playing with a traditional frontman isn’t necessarily the Pep Guardiola way, the signing of a 6ft 4in powerhouse provides City with something different and adds an extra string to their bow.

Haaland’s early-career injury problems must be of some concern given he is only 21 years of age but City’s strength in depth means Guardiola can protect him for the big days and playing under the master tactician will only see him only improve.

It’s hard not to be impressed with Erling Haaland’s scoring prowess and the fact Manchester City have managed to snap him up for just £51.2million is an absolute steal. At just 21 years of age, he has scored 86 goals from 89 appearances for Borussia Dortmund and there is still so much more development to come from the Norwegian star.

Winning the Champions League is the final piece of the puzzle for Pep Guardiola at City and the addition of Haaland, who has the best minutes-per-goal ratio in the history of Europe’s elite competition – scoring every 64 minutes on average – could be exactly what the Citizens need to land this coveted piece of silverware.

I would be astounded if Haaland didn’t hit the ground running in the Premier League and I think he represents a much better deal than the £150m the club were prepared to fork out for Tottenham’s Harry Kane last summer.

I can’t see how this move will be anything but a success, given Erling Haaland’s relative snip of a fee, age and the goalscoring capability he has shown so far. I personally wouldn’t categorise Raheem Sterling as a particularly great link-up player or lethal finisher and his City career would be viewed in a positive light, as would that of record goalscorer Sergio Aguero, so Haaland certainly has the potential to be a big hit at the Etihad.

The question in my eyes would be how big and that ultimately seems destined to be determined by Champions League success, and if it happens once then it is job done. City have been knocking on the door for some time and their biggest problem has been failing to take chances that come their way – they have plenty of playmaker options – just ask £100m man Jack Grealish – but they don’t have an out-and-out striker to capitalise…it seems now they do.

Experts question how he fits in at Man City

It is hard not to be won over by his astonishing record in front of goal but there is still a small part of me that has doubts over Erling Haaland and those doubts are magnified now his destination is confirmed.

Pep Guardiola has never been a huge fan of the out-and-out striker and generally prefers his forwards to be more adept at linking fluidly with the midfield. Haaland, a 6ft 4in beast of a striker, is more suited to throwing his weight around and using his unlikely burst of pace to get behind the defensive line, which is not exactly the Guardiola way. Then there is the growing concern over his injury proneness which has seen him miss 16 games this season.

All that being said, the Norwegian clearly has all the talent in the world and is young enough for Guardiola to start moulding him into a more complete centre forward.

How many times have we seen the final piece in a jigsaw not being the perfect fit after all. Shevchenko, Werner, Torres and Lukaku have all failed to live up to pre-signing expectations at Chelsea for instance and Karim Benzema’s return to the French national team actually left the side unbalanced in other areas which was their demise at the Euros.

Haaland is clearly a beast of a striker and Manchester City create bundles of chances, but they are already the highest-scoring club in Europe’s top leagues and the Norwegian did not improve Borussia Dortmund despite helping himself to plenty of goals.

Pep Guardiola does not have a massive trust in strikers who fail to link with midfielders and Harry Kane’s ability to drop deep may have made him a better option.

I’m not saying Haaland will flop, but the hype feels a little OTT.

At the price Manchester City were able to get him, Erling Haaland is undoubtedly worth bringing in. We are talking about one of the sharpest strikers in world football but will he make a significant difference to a City team who have scored 90+ goals this season anyway? Probably not.

City needed an out-and-out striker eventually as I feel deploying various midfielders up top is just not sustainable so the signing was worthwhile, just maybe not as earth-shattering as everyone makes out.

I’ve loved watching him in the Bundesliga for a few seasons and it is clear City will need to tweak their playing style if they are to get the best out of Haaland, who brings a huge physical presence and the ability to run in behind. As a result, I imagine it will be a while before we see the best of him in a City shirt.

It’s clearly an exciting signing but if Haaland is to live up to the hype then both he and Pep Guardiola will need to demonstrate some tactical versatility.

Pep’s City are a fearsome attacking force despite rarely employing a traditional striker so Haaland, a wonderfully talented bulldozing centre-forward, must improve his link-up game if he is to be integrated smoothly and avoid cramping the style of his new teammates.

There may be some teething problems but the deal makes sense for both parties. City certainly wouldn’t have wanted Haaland to move to one of their main Champions League rivals and the 21-year-old has the chance to develop his all-round game under Guardiola.