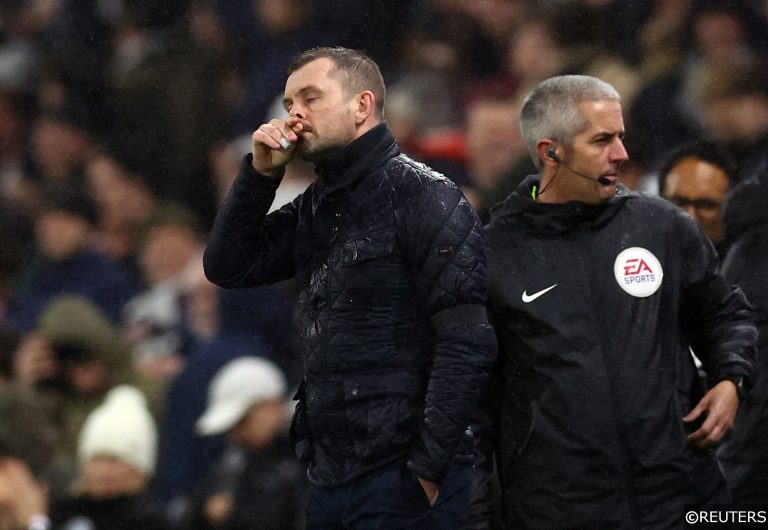 In The Mixer is FST’s weekly column where we catch up with our football betting experts and get their opinions on the hot topic of the week.

The Premier League is back this weekend after last week’s FA Cup action and we’ve asked our experts to pick who will drop out of the top flight at the end of the season.

This year’s relegation scrap looks set to be an intense battle with just five points separating bottom club Southampton and Leicester in 13th but, perhaps surprisingly, our experts are largely in agreement. Read on to see who they think is destined for the drop.

Nathan Jones doesn’t seem to be working out for Southampton, while their January recruitment drive could prove too little too late. Given their terrible run and lack of goals, the Saints don’t look good enough to stay up.

A lack of goals should also cost Everton, who haven’t replaced Richarlison and don’t seem to have the funds to add a reliable goalscorer. Frank Lampard has the team organised but they keep losing games because their forward line isn’t consistent enough for the top-flight.

Finally, Bournemouth’s awful defensive record is likely to take them down, while their recent takeover has come at a bad time for them to improve the squad. They’ve got the worst goal difference in the league and that should tell over the course of the campaign.

Southampton look in real trouble as Nathan Jones’ arrival hasn’t really brought any kind of boost and they’re conceding goals far too cheaply. Beyond that, we could be set for a highly entertaining relegation scrap with any two from seven going down as just three points separate Leicester in 13th from Wolves in 19th.

Much will depend on if any of the strugglers can do any good business in January and potential managerial changes, but if there are no huge moves I’d go for Everton and as a bit of an outside option Leicester.

Everton keep having these ‘mini revival’ moments which are keeping Frank Lampard in place, the draw with Man City being the most recent example, but overall they look poor and lacking in confidence. Leicester don’t have a great deal of strength in depth and a couple of injuries could put them in real danger, so I’m going for the Foxes to join Saints and Everton in dropping down to the Championship.

I genuinely feel that any side currently in the bottom half could get sucked into the mix, regardless of their strength on paper, as it is just so tight and one really bad run could prove terminal.

That said, things look especially bad for basement boys Southampton, who are paying the price for a long-standing ineffective transfer policy. The appointment of Nathan Jones smacks of a club preparing for life in the second tier.

January is a massive month for Everton as if they don’t clear out some deadwood and replace it with genuine quality I reckon that any potential decision over Frank Lampard’s future will become irrelevant. They survived by the skin of their teeth last season but may not be so fortunate this time around.

I think Wolves will get out of it, mainly because of Julen Lopetegui’s managerial acumen, and that could see either Bournemouth or Nottingham Forest dragged into the bottom three. From what I’ve seen recently I’d favour Forest to just about keep their heads above water but it could well come down to the final day of the season.

There seem few positives coming out of Southampton and that has to be a huge concern to the Saints. Their 1-0 reverse to Nottingham Forest last week was just the latest of a string of key games they haven’t won. The knives are already out for new manager Nathan Jones and as the hostility intensifies in the stands then it will do nothing to encourage the players to drag them off the bottom of the table.

I fear for Bournemouth too, who have been in miserable form since the return from the World Cup and then it’s down to earth Nottingham Forest or Everton.
I just think it will be the Toffees who are in the Championship next season even though Forest have got to show more in the final third if they are going to stay up.

Home form will be key. The City Ground has been rocking this season and that could make all the difference, particularly when you compare it to the terrible atmosphere we have seen at Goodison this season.
So, for this reason, Forest can stay up.

I think the betting is bang on the money with Bournemouth, Nottingham Forest and Southampton favourites to go down, and they are also the trio I fear for most. Everton and West Ham have the quality to get themselves out of danger, while Wolves have looked much-improved since the arrival of experienced manager Julen Lopetegui.

The Cherries have lost seven of their last eight and are on the decline many were waiting for, while supporters of Southampton, who have lost 12 of their opening 18 games, are already having doubts over the recently-appointed Nathan Jones. The Saints have recruited young, which now looks a mistake given their precarious position, and they are also crying out for a goalscorer.

And although Forest have taken a step forward, particularly at home, their lack of firepower is the concern. They have scored just 13 goals and it would only take a couple of injuries in key areas to see their levels dip again. The 4-1 FA Cup defeat at Blackpool shows that despite a summer overhaul, their fringe players aren’t up to Premier League standard.

There are plenty of contenders but Southampton and Bournemouth look likely to fill the first two relegation spots.

The change of manager at St Mary’s has not improved results and it is hard to see the bottom club putting enough points on the board to get out of trouble given their limited squad and the fact that they lost nine of their last 12 fixtures in 2021-22.

Bournemouth’s honeymoon period under Gary O’Neil is over. They have restarted the campaign with five straight defeats in all competitions, four of them to nil, while Leeds, fortunate to avoid the drop last season, are also in peril. Their record on the road is poor and they must still play five of the bottom six away from home.

Although Steve Cooper has been getting more of a tune out of his squad, I still think Nottingham Forest will struggle to stay up given the problems they continue to have at both ends of the pitch. A miserly 13 goals scored and a massive 34 conceded doesn’t make for good reading.

Everton look to be all at sea right now and the only way I can see them staying up is if they pull the trigger on Frank Lampard, who seems to be out of ideas and unable to get anything out of the players. If the Toffees stick with the Englishman, then the Championship is calling as performance levels are nowhere near where they need to be.

It’s a tough one for the last team to suffer relegation, as there are several in the mix, but I think Bournemouth’s deficiencies at the back will ultimately prove costly. The Cherries have conceded a league-high 39 goals and results have taken a tumble since Gary O’Neil was handed the reins on a permanent basis. New owners they may have, but England’s second tier could be where the club is plying its trade next season.

Several clubs will be praying there are three teams worse than them but it may not prove the case for Southampton, Everton and Bournemouth. While the likes of Nottingham Forest and Wolves have improved, that trio seem to be heading in the opposite direction.

Saints were previously an example of how to recruit well and make a profit but look to have pushed their luck and Nathan Jones’ arrival has done little to decelerate their demise.

Likewise, Everton have continuously flirted with the drop and after a shambolic decade, it feels like their time to go.

Finally, to Bournemouth. Gary O’Neil’s permanent appointment has been followed by five straight defeats in all competitions and having been on the slide before then, their new owners might have to make another decision to save their season.

And there we have it, three teams have clearly picked up the most selections as seven of our eight experts think Southampton and Bournemouth are heading for the Championship, with Everton being nominated six times.

Nottingham Forest have been picked twice, with Leeds and Leicester the other teams to get a mention with one selection each.