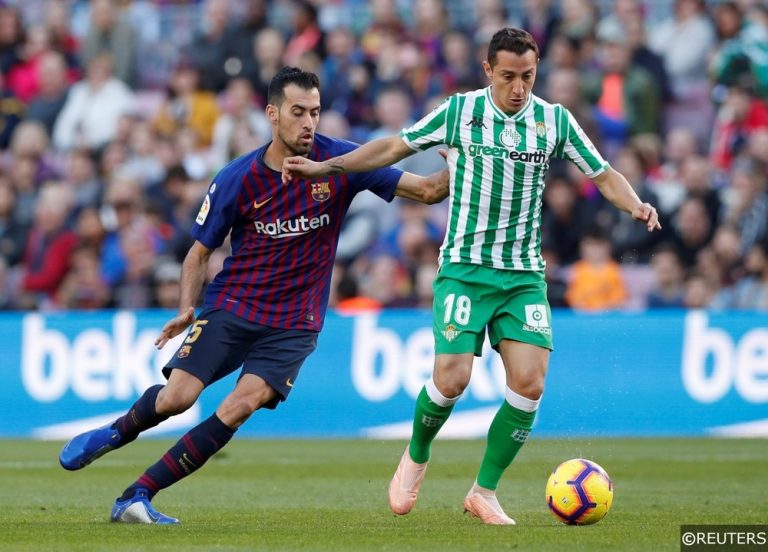 The Spanish winter break is over and there is plenty of excitement as La Liga returns this Thursday with Real Madrid’s trip to Villarreal. There are high hopes that 2019 will be a year to remember after a fairly uneventful end to the 2017/18 campaign with all the main issues wrapped up early.

Off the pitch, it could be a year of legal battles with La Liga trying desperately to get all the relevant parties on board for its global expansions plans. There will be no game in Miami this season after Barcelona pulled out but the Spanish top flight is still determined to take its product overseas with the United States still the most likely first destination.

Over the coming five months though, most of the attention should return to on-field matters with so much to play for at both ends of the table. January is always a busy month in Spain with the big teams likely to have 8 domestic games to play with Copa Del Rey last 16 and Quarter-Final ties to be played. With the transfer window also open, we should have a much clearer picture of how the year will pan out by the end of the month.

Here are some of the things to look forward to in 2019:

Unlike many European leagues, the title race in La Liga does have a real habit of going to the wire. Last season was the exception as Barcelona cruised to the title but you don’t have to go too far back to find examples of final day drama. Atletico Madrid’s miraculous title win at Camp Nou in 2014 sparked a run of four straight seasons were La Liga was won by 3 or less points and with Barcelona currently only 3 points clear at the top, we should at the very least see a genuine title race this term, potentially featuring as many as four teams.

Atletico Madrid were many people’s tip for the title. Last summer was the first in which they really acted like the European superpower they have become by ultimately convincing star player Antoine Griezmann to reject a move to Barcelona whilst spending big on new arrivals. They’ve not been brilliant this season in truth but they remain in touching distance of the Catalans in 2nd place and if they can sort their away form out, they will be a real force to be reckoned with.

Diego Simeone’s side have a major early test in 2019 as they head to 3rd placed Sevilla this Sunday. The Andalusians have been flying under Pablo Machin and would leapfrog Atleti with a win. Sevilla are easily outscoring both Madrid clubs but will do well to maintain a title challenge if they end up going far in the cups, having already played more games than any other Spanish team this term.

Real Madrid will still see themselves as Barcelona’s most likely challengers even though they are currently 8 points back, albeit with a game in hand. Santi Solari has plenty to prove still but Real average an impressive 2.5 points per game in La Liga under him. Barcelona meanwhile have only averaged 2.29 points per game since their clasico win prompted the sacking of Julen Lopetegui. Tough trips to Villarreal and Real Betis over the first fortnight of 2019 will shed some light on just how much progress has been made since Solari’s appointment. If they can come through those matches with maximum points, Real Madrid will be right back in the title picture but unquestionably Barcelona remain the firm favourites to defend their crown. 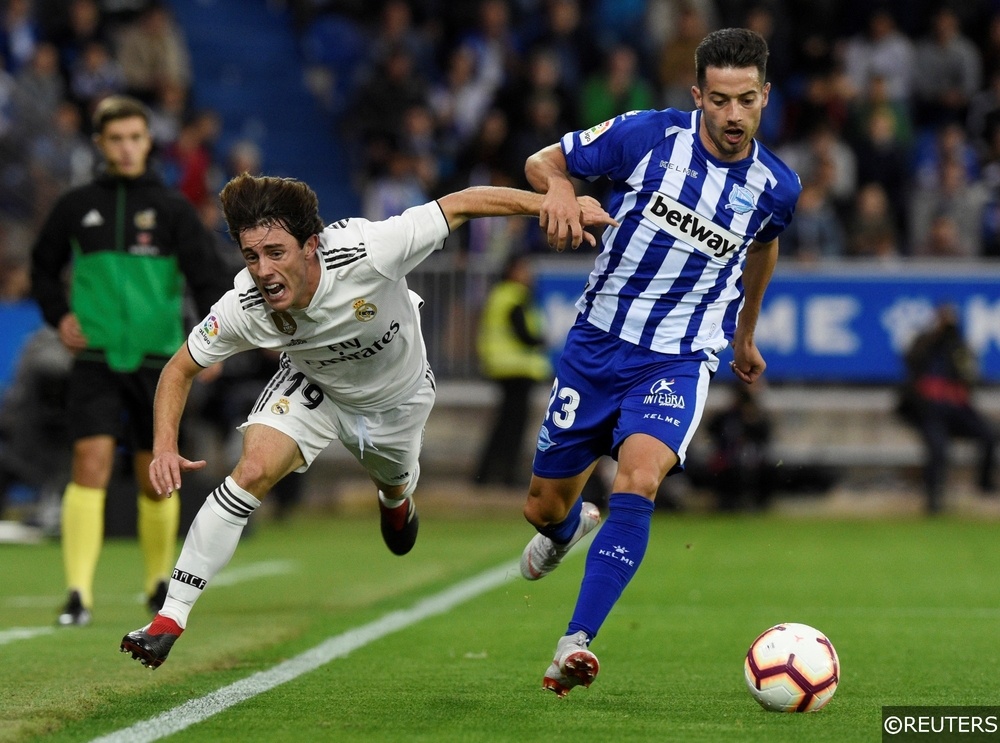 One thing that looks almost guaranteed this season is that we will end up with at least one surprise European qualifier. Villarreal and Athletic Bilbao are both regulars in continental competitions but find themselves 18th and 17th respectively at the turn of the year. Even Valencia have spent most of the campaign in the bottom half and look far from assured of making the top six so the window is open for a team like Alaves or Getafe to get a rare taste of European football.

Alaves are currently just a point behind Real Madrid in 5th and remain unbeaten at home. If they can keep that record up as we head deeper into 2019, fans of the Basque club will really be dreaming again of another European adventure having made the 2001 UEFA Cup Final during their most recent period of sustained success.

Getafe are an even smaller club but currently find themselves in 7th place. Their direct brand of football isn’t to everyone’s liking in Spain and José Bordalás’ men still struggle to attract much praise. However just 18 months on from winning promotion to the Primera Division, they already look capable of taking the next step and bringing European football to the Coliseum Alfonso Pérez for only the third time.

The likes of Girona, Eibar and Levante have similar aspirations in what has turned into something of a golden era for small clubs in La Liga.

How about this penalty from Aritz Aduriz?!

A one-step run up was all he needed to put Athletic Bilbao in front… 😎 pic.twitter.com/TrhDZo3UEu

For the small town teams to flourish, there inevitably has to be casualties elsewhere. The Segunda Division is already packed with some pretty big names with Primera Division regulars such as Deportivo La Coruna, Malaga and Real Zaragoza all currently plying their trade in the second tier. It’s quite possible that an even bigger name could be added to that list by the end of 2019.

Athletic Bilbao have never been relegated from the Primera Division but seldom have they been in bigger trouble than they are right now. The Basque giants have won just twice all season and have already taken drastic action by sacking Eduardo Berizzo, the first time in 12 years that they’ve made a managerial switch during the season. Gaizka Garitano has made a reasonable start but a lack of Basque options to bring in during January leaves them reliant on their current crop of under-performing players to get them out of this mess.

Villarreal may not boast the history of a ‘big club’ but their budget suggests they should be competing in the top six rather than the bottom six so it would be an absolute disaster were they to be relegated. The Yellow Submarine spent Christmas in the relegation zone and are one of a whole host of teams that will be desperately battling to avoid the dreaded 18th place that they currently hold.

With Huesca and to a lesser extent Rayo Vallecano in danger of being cut adrift, a huge scrap is shaping up to avoid that third relegation place. It’s one that could involve about the half the division to some degree with other established top flight sides like Real Sociedad and Espanyol also in danger having ended 2018 in woeful form.