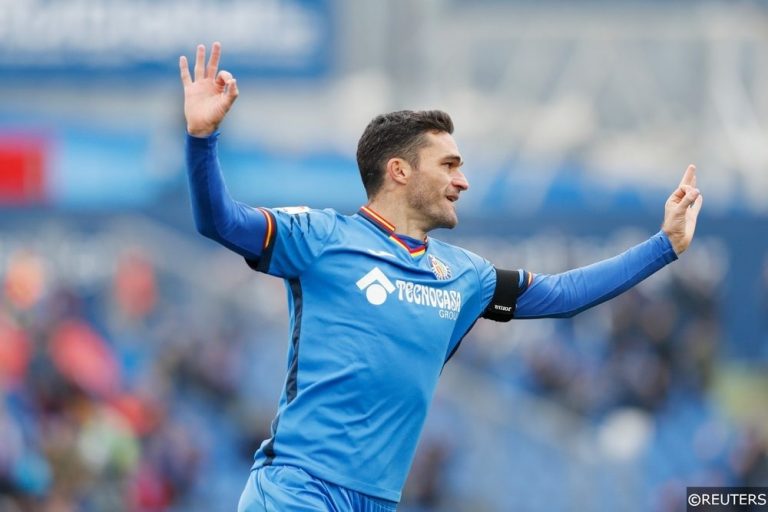 It has been a busy start to the year in Spain with five weeks of Copa del Rey action and now European football returning. Several La Liga strikers have cashed in on all the football by hitting form at just the right time with their goal tallies soaring in recent weeks.

It will be no surprise to anyone that Leo Messi has netted 8 times in 9 games so far this term but the Barca man is not 100% right now and at odds as short as 1/3 to score anytime in Barcelona’s clash with Valladolid this weekend, there is much greater value to be found elsewhere with some red-hot strikers hoping to keep their scoring streaks going this weekend and beyond.

Karim Benzema has arguably been the best player in Spain since the turn of the year with some outstanding all-round performances for Real Madrid. He is really developing a great relationship with Vinicius, who he has publicly stated that he enjoys playing alongside. The duo linked up brilliantly to score the opening goal of Real’s Champions League tie with Ajax in midweek and for a player often criticised for his finishing, Benzema has been very cool in front of goal over the past month or two.

He can match Messi’s haul of 8 goals so far in 2019 and if he scores this weekend as Real Madrid take on Girona, Benzema will hit 20 for the season in all competitions, by the far best return of any Real Madrid player this term. He’s a little shorter on Sunday against struggling opposition but Benzema is not one of those players who is always odds on to find the net and he’s certainly one to keep an eye on given his fine current form.

First hat-trick of an #Leganes Player in La Liga history.

Most goals of an Leganes Player in one season

There is only one player who has scored more goals in La Liga in 2019 than Leo Messi and surprisingly it is Leganes striker Youssef En-Nesyri. The 21 year old has played off Guido Carrillo for much of the season but with the former Southampton man injured, En-Nesyri has really stepped up to be the focal point of his side’s attack.

He and new signing Martin Braithwaite have really hit it off up top for the Madrid minnows who are hoping to win their 3rd top flight game in a row for the first time ever when they take on Real Sociedad this Saturday. Their Moroccan forward is likely to be their main threat again and he looks to be developing into a much better player after a poor season at Malaga last term. He only netted 4 goals for the Andalusians but will be full of confidence right now after a hat-trick against Betis last weekend. 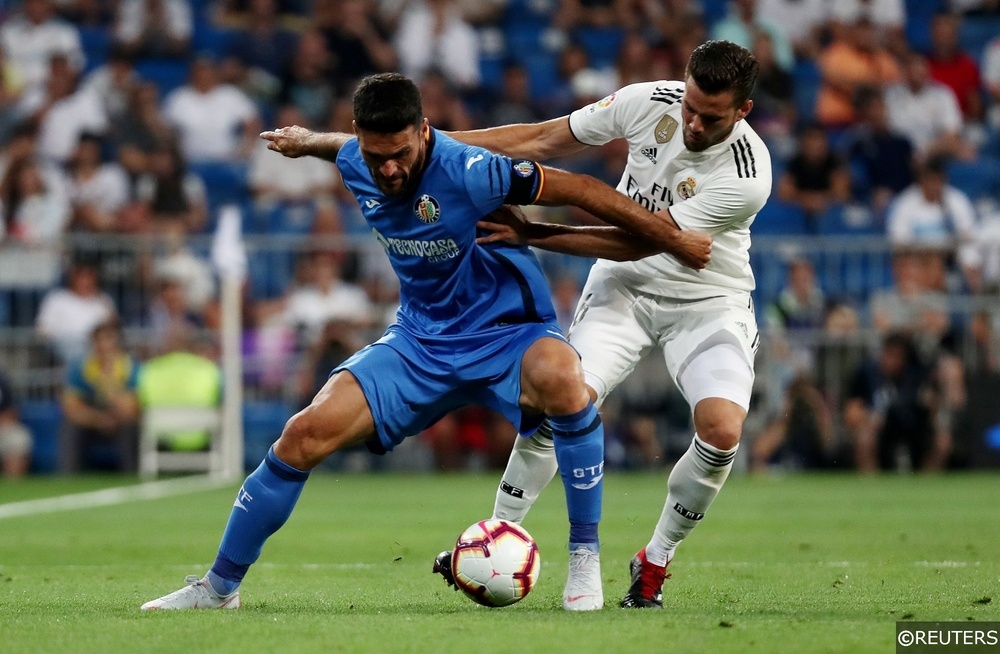 On the other end of the age spectrum is Getafe’s Jorge Molina. The frontman will turn 37 later this season but he is playing as well as he has ever done with 9 league goals so far this season. With Angel and Jaime Mata for support, Getafe have developed a much more potent forward line this term and they look well capable of qualifying for Europe.

We backed them to finish in the top six in our mid-season La Liga betting tips and right now they look like they could even push for Champions League qualification with 4th placed Sevilla struggling for form. If Molina can continue to roll back the years, they could end up having perhaps the greatest season in the club’s history. 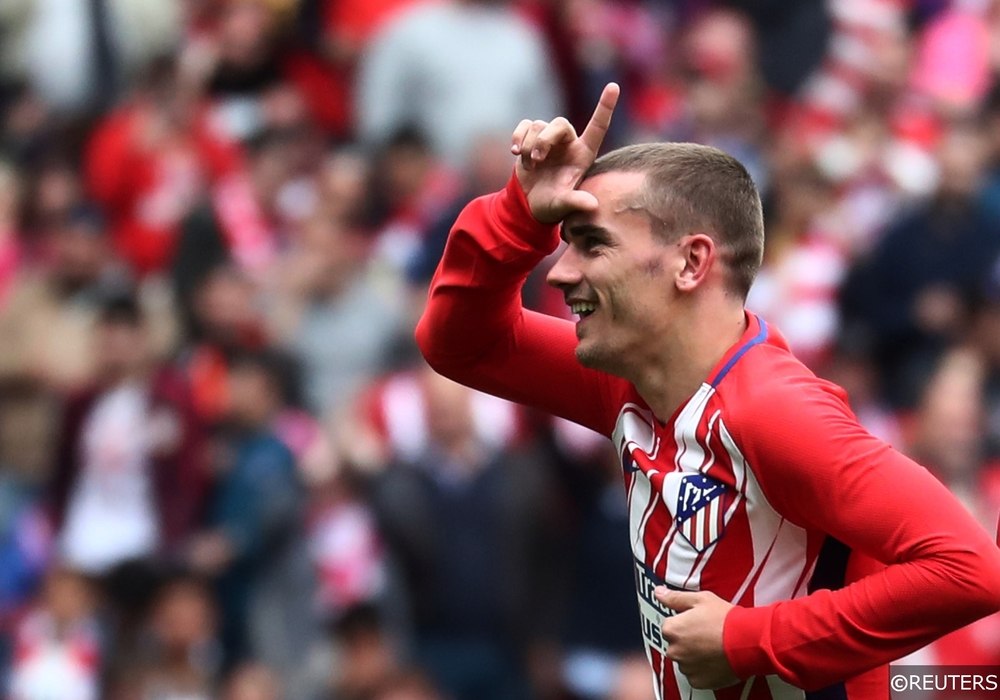 A bit like Karim Benzema, you can also generally find better value in backing Antoine Griezmann in the anytime scorer market than some of La Liga’s other big name forwards. The Frenchman perhaps still doesn’t quite get the credit he deserves despite netting 40 goals for club and country in 2018.

He has started 2019 in fine form too and has been consistently Atleti’s biggest goal threat. It’s 9 goals in 10 games for Griezmann overall now and he tends to score exactly one goal consistently which makes him a great anytime scorer bet when compared to players who have the odd big game but fail to deliver the goods on a consistent basis. Since the end of the Champions League group stage in early December, Griezmann has only failed to score in 2 matches.

Another veteran forward in a real hot streak right now is Eibar’s Charles. The Basque side’s early cup exit has meant he hasn’t had such a busy start to the year as some of the others but it’s 8 goals in 8 games since the start of December for the 34 year old.

His tally of 10 for the season in La Liga is exceptional when you consider he has started fewer than half of Eibar’s matches. He averages a goal every 94 minutes in the Spanish top flight and both he and Molina, with a combined age of 70, will line up against each other this Friday night when Eibar take on Getafe at Ipurua.

Another Brazilian who has been banging in the goals of late is Willian Jose. The striker has been a pretty reliable source for goals over the past few seasons in La Liga but this wasn’t shaping up to be one of his best until Sociedad sacked Asier Garitano and appointed Imanol in late December.

5 of his 8 league goals have come since the change. This is his fourth full season in La Liga and he has bettered his previous season’s goal tally every year up until now with 15 the mark he set last term. The 27 year old has regularly been linked with a Premier League move and he could be subject of a big money bid this summer if he can continue this current rich vein of form.