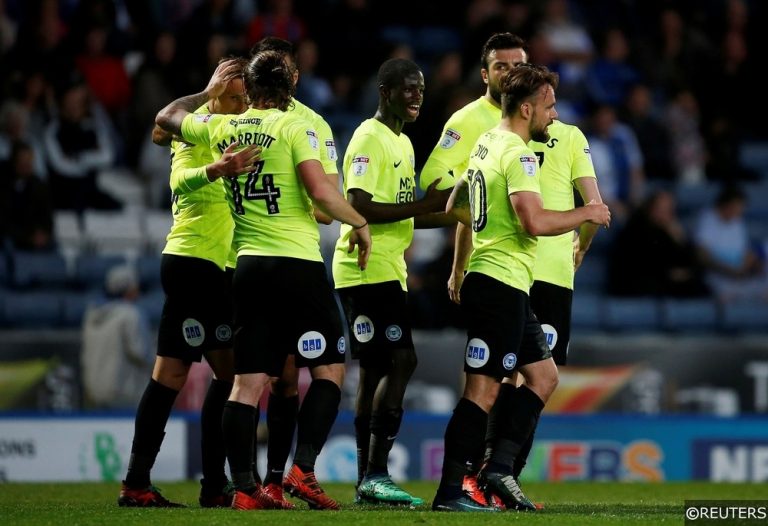 It’s been an excellent start to the season for Peterborough and Steve Evans. Posh currently find themselves looking down on each of the other 23 League One teams, as they’ve accumulated a very healthy 19 points. As match-day eight approaches, the league leaders remain without defeat, while they’ve only failed to win one of their seven games in England’s third division this season.

However, while everything may seem rosy on the outside, there’s a suspicion that Evans’ men are overachieving somewhat, or at least improvement in certain areas is needed if they’re to maintain such a lofty position.

Going forward, there can be no denying that Peterborough are a top team at this level. Steve Evans is well known for adopting an attacking approach and such tactics are allowing Posh to thrive in the final third. They’ve scored more goals than any other side in the division, averaging an impressive 2.42 goals per match, while there are only four teams who’ve accumulated a better total in terms of expected goals.

With players such as Matt Godden, Marcus Maddison, Siriki Dembele, Ivan Toney and Jason Cummings in their ranks, it’s easy to see why Evans’ men have done well in the final third, and it would be a surprise if they didn’t continue scoring plenty of goals.

Although Peterborough look good in the final third, their defensive efforts have left plenty to be desired, so much so that it’s a surprise that they’re top of the league, while it’s also quite surprising that they’ve not conceded more than seven.

By conceding two away at Southend last weekend, Peterborough have a slightly less flattering defensive record, one which shows them to be averaging a goal against per match, though prior to that, you could be forgiven for thinking that Posh had a relatively sturdy back-line based on that fact that they’d conceded just five goals in six matches.

However, the league table doesn’t tell us everything. Quite simply, at no point during the current campaign have Peterborough looked defensively astute. They’ve given away scoring opportunities every time that they’ve played, while a lot of their results have masked the fact that defensive security is not one of the specialities. They may be conceding just one goal on average, but they’re conceding an average of 2.04 expected goals per match, while only three teams have accumulated a greater total in terms of expected goals against. The fact that they’ve conceded the third highest number of shots on target in League One this season also doesn’t exactly suggest that Peterborough are doing a good job of keeping things tight.

While Posh are top of the league table, the expected goal difference table, which is useful way of seeing how teams are faring in terms of chances created and conceded in relation to their competitors, has Peterborough in a very unflattering position. If the league table was drawn up according to expected goal difference, then Steve Evans’ men would find themselves in 18th position.

Come the end of the season, expected goals, shots taken, chances created, chances conceded are of course not as important as goals scored, goals conceded and points accumulated, and it may well be that Peterborough continue to thrive and defy the underlying data, but given the stats, it would be no surprise if their form waned soon.