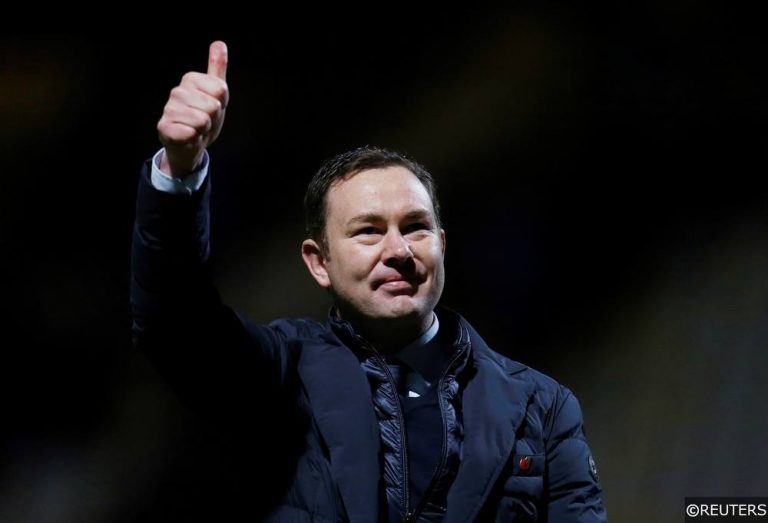 As the runners in League One approach the turn for home, it looks as though there’s going to be little change as far as the promotion picture goes. Luton, who’re currently five points clear at the top, have the title to lose, while it appears to be a two-horse race between Barnsley and Sunderland for the second automatic spot. As far as the play-offs are concerned, it looks for all to see that Portsmouth, Charlton and Doncaster have the remaining places sewn up.

Further down the table there is less certainty. There are several mid-table teams vying for a place in the top half, while, despite the current bottom three all looking doomed, there’s currently four or five teams scrapping to avoid the drop.

With the top six hard to go against at present, it is further down the table where the bets lie ahead of the home straight. Below are two angles of attack, both of which appear to offer punters a nice slice of value.

Plymouth to Finish Top Half

Earlier in the campaign, Plymouth, who face Luton at home this weekend, looked likely to be relegated, though the Pilgrims, who’ve made a habit of improving massively in the second half of the campaign in recent years, can never be written off. As was to be expected, boss Derek Adams turned things around Home Park, so much so that a top-half finish is now very much achievable.

Plymouth are now offering a significant amount going forward, especially at home and have lifted themselves into the top half in terms of expected goals for, ahead of Wycombe, Southend and Scunthorpe, all of whom are battling with them for a place in the top half of the table. Adams’ men have also sharpened up at the back and now look far more likely to stay competitive in games, as recent positive results against top-seven sides such as Portsmouth and Peterborough suggest.

The recent performances of the Pilgrims suggest that they’re just as likely, if not slightly more likely, to finish in the top half as say Southend or Wycombe, both of whom are shorter in the betting. On this basis, it’s easy to feel that backing Plymouth to beat some of the sides mentioned above to the punch and thus finish inside the top half (at a chunky 5/1) is worth a go.

Walsall to be Relegated

The Saddlers surprised people back in August, as they got off to something of a flying start, though their early-season promise is very much a thing of the past. All Dean Keates’ men are trying to do now is beat the drop, though unless their efforts improve significantly, it’s tough to see Walsall avoiding the step down to League Two.

Make no mistake about it, it’s competitive down towards the bottom. Walsall are just one of several trying to avoid finishing in the final relegation spot, though it is they who’re closest to Bristol Rovers, who currently occupy 21st place. That said, Rovers have a game in hand on the Saddlers. Victory in that game would propel the Pirates above the Saddlers, who’ve won just one of their last seven.

Walsall are currently without defeat in two league matches, though their performances continue to be poor. Even on home soil, the Saddlers are giving far too much away, while they’re rarely creating more than their opponents, which doesn’t bode well, especially since the likes of Bristol Rovers and Oxford have both done a reasonable job of defending and outperforming their opponents in terms of expected goals in recent weeks.

If we look at the table, it looks as though the Saddlers are in direct competition with Bristol Rovers, Oxford and Gillingham to do go down. As things stand, Walsall rank below two of those three in terms of expected goals against, while they’ll also be below all three in terms of points if Bristol Rovers win their game in hand, which on recent form is certainly not unlikely. What’s more, they’ve got the hardest run in out of the quartet, as they’ll face Barnsley, Portsmouth, Sunderland and Doncaster before the end of the campaign. In fact, Keates’ men, who go up against Fleetwood on Saturday, will face six of the current top ten between now and the end of the season, and unless their efforts improve, particularly in the defensive third, then it’s tough to see them accumulating many points from those fixtures.

Based on the fixtures they’ve got to come, coupled with their overall efforts in recent times, it’s not at all hard to conclude that the Saddlers look a good bet to leave League One come May.