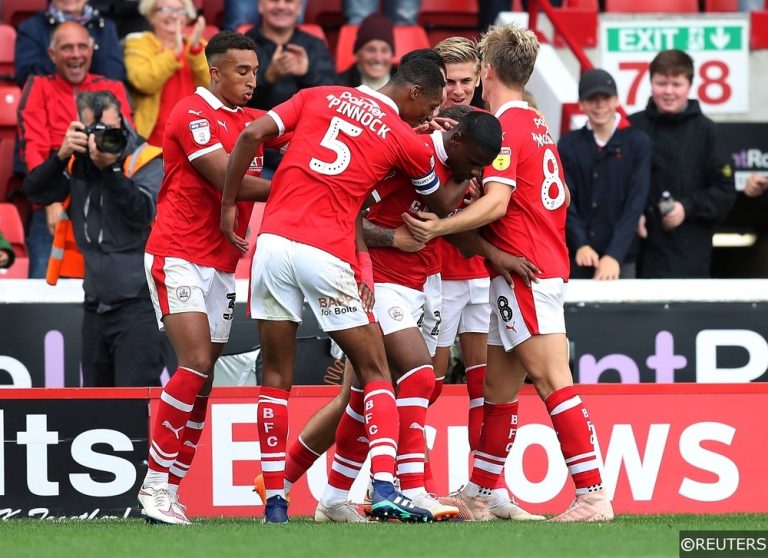 As the League One runners head inside the final 100 yards, the season is all but over. For some, the 18/19 campaign will be one to cherish; both Luton and Barnsley fans will look back at this season with fond memories, while fans of Bradford (and three other sides come Saturday evening) will see this as a campaign to forget. After last weekend’s 17/1 winner, below is a 15/1 double to get stuck into ahead of the final match-day of the regular season.

Barnsley to Win League One

For some time, it looked as though the League One title was Luton’s to lose, though the Hatters might have done just that. As we go into the final match-day Barnsley find themselves level on points with Luton and thus have a very real chance of going up as champions.

Our match preview for Luton vs Oxford can be found here.

On the face of it, the Tykes have a tougher task than Luton, who’re at home against Oxford. Daniel Stendel’s men are faced with trip to Memorial Stadium where they’ll take on Bristol Rovers.

However, Luton have struggled slightly under the pressure over the last few weeks, while they’re up against an Oxford side that been in excellent form of late. In contrast Barnsley, who’ve played some fantastic football since regaining the winning thread against Fleetwood in April and who go into this final match-day off the back of four straight wins, are up against an underwhelming Bristol Rovers side that lost to lowly Rochdale when last in action at home.

When we consider the tasks facing both teams, coupled with the fact that they go into the final round of games on level points, it’s very easy to feel that the Tykes ought to be a shorter price in the outright market. Therefore, a backing Stendel’s men to pip Luton to post represents a slither of value at the current prices.

Peterborough to Make the Play-offs

To stay in the fight for that fourth and final play-off spot, Peterborough had to go away from home and beat a very good Portsmouth side on Tuesday night and that is exactly what they did. Such a massive result will have filled Posh with confidence ahead of their final-day game at home against Burton.

In contrast, Doncaster go into the final weekend off the back of three poor results. Donny have had several chances to wrap up 6th place, but they’ve failed to do so and thus they’re now just a point ahead of Posh. They do have the luxury of playing their final game at home, though they were poor when losing against Accrington when last in action at this venue, while they have the tough task of facing a strong Coventry side that has made an excellent habit of delivering the goods against top-six sides. Given their recent form, it’s not exactly hard to see Donny faltering against such solid opposition.

In all honesty, Peterborough’s task looks slightly easier, and if we consider that in conjunction with the fact that they’re just a point behind Donny and the fact that their recent performances have been more impressive than Doncaster’s, it’s not difficult to conclude that backing Darren Ferguson’s men to sneak into the play-offs is a good bet.