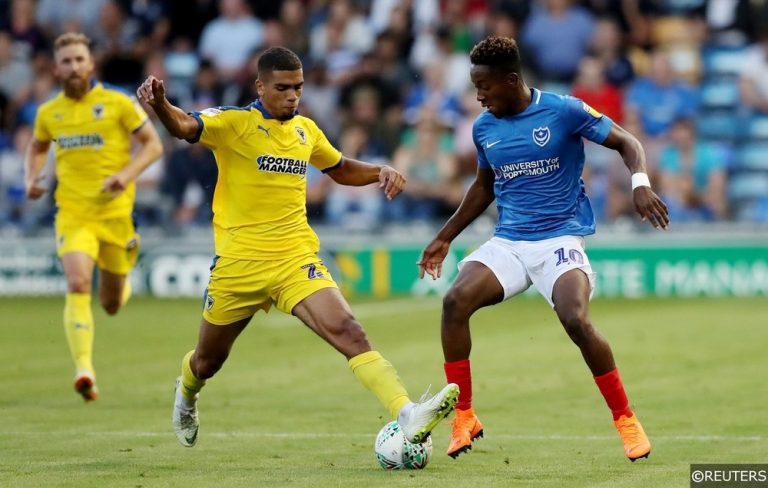 Whether it’s creating opportunities or scoring goals, every team needs at least one player in the final third who can make things happen; a player who can get on the ball and split the opposition back-line with an inch-perfect pass, drive at the heart of the defence before unleashing a shot that leaves the keeper helpless or make clever runs off the ball before getting on the end of things.

Below we look at a handful of attacking players who, by hitting the heights performance wise, are proving to be very valuable to their respective League One clubs. After thirteen matches, there are of course several players who’ve thrived, but those below stand out.

An important player for Portsmouth during the previous campaign, Jamal Lowe has really come into his own this season. With six goals in 13 league matches, the ex-Hampton & Richmond man, who continues to be a thorn in the side of League One defenders, has already matched his goal tally from last season, while the tricky winger has also chipped in with three assists.

By being directly involved in 39% of Portsmouth’s 23 league goals this season, the 24-year-old is fast-becoming one of the most vital cogs in Kenny Jackett’s promotion-chasing machine. More importantly, Lowe has been one of Pompey’s most consistent players, as he’s continually threatened opposition defences. All the time Portsmouth’s number ten continues making things happen offensively, then the south-coast side have an excellent chance of remaining right in the hunt for automatic promotion.

Stat: Only three players in League One have accumulated more expected goals and assists than Jamal Lowe during the present campaign.

Few players have made a bigger impact this season than Doncaster striker John Marquis, who is currently the second highest scorer in the division with eight goals in 13 matches. With his high-intensity style, the Donny forward has proven to be too hot to handle for defenders on several occasions this season. As some of his goals suggest, few are better at spinning in behind before finding the net with minimal fuss.

Both Josh Maja and Matt Godden have scored more than Marquis, but they’re playing for more attack-minded teams, teams that are expected to challenge at the very top and teams that tend to dominate. Doncaster are by no means a bad side, in fact they’re proving to be very tough to face, but the fact that Marquis is scoring regular goals for a team more adept to playing on the break is impressive. If Donny can continue to provide their hitman with service, on the break or not, then they’ve got a fighting chance of maintaining their current lofty position.

The assist king, Ashley Hunter is a player who continues to provide the service whenever Joey Barton’s men take to the pitch. With seven assists to his name during the current campaign, the wide midfielder/winger has consistently got down one of the flanks and once he does, the Trawlermen know to get in the box, as a high-quality deliver is coming their way. Hunter has also made a name for himself as a killer set-piece taker in recent times, as three of his seven assists have come from free-kicks/corners.

What’s more, while some players amass an impressive goal/assist tally thanks to hitting the odd purple patch or by taking advantage of a particularly weak opponent, Fleetwood’s creator-in-chief is doing the business week in, week out. Hunter’s seven assists have come in seven separate matches.

Stat: Ashley Hunter has assisted exactly a third (33%) of Fleetwood’s League One goals this season. 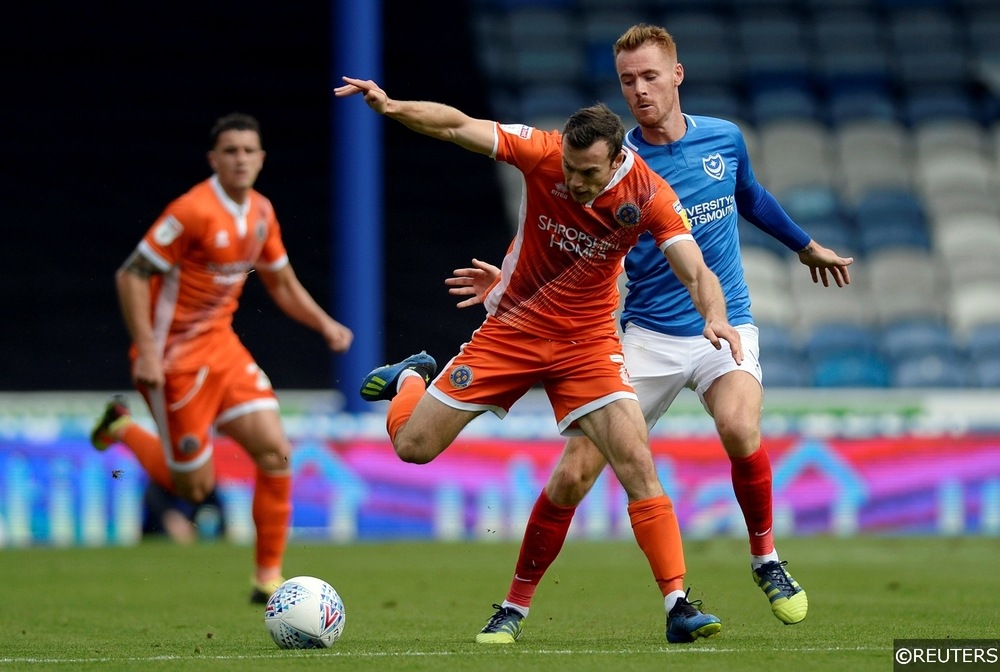 Shrewsbury may not be in the most flattering league position, but  they’ve done far better than the table suggests, and one player who has almost always been at the heart of any promising forward play is attack-minded midfielder Shaun Whalley. Having featured prominently in each of Shrewsbury’s 13 league games this season, the 31-year-old has been a key player for manager John Askey. In terms of goals scored, there’s a whole cluster of players better than Whalley, but in terms of overall contribution, few have been as important, as the underlying numbers suggest.

As things stand, only one player in the entire division sits above Whalley in the combined expected goals and assists table. The midfielder does have just two assists in the book this season, though his contribution looks less positive simply because his side have had a problem in the finishing department. Had Whalley been playing elsewhere, then he would likely have five or six assists more. More importantly, if he continues to deliver, then the Shrews will surely start to find the net on a more regular basis.

Stat: No player currently has more expected assists than Shaun Whalley in League One.

Despite being injured for a large part of the last campaign, Lyle Taylor carried a real threat for relegation scrappers AFC Wimbledon during the previous season, so much so that it was absolutely no surprise that striker switched Kingsmeadow for The Valley in the summer.

Taylor joined Charlton, who’re looking to repeat last season’s top-six finish, during the off-season and has since looked every inch a top-six striker. In 12 matches, the goal getter has bagged himself seven, while he’s also chipped in with two assists. What’s more, in the entire division, Lyle Taylor ranks second in terms expected goals, which suggests that he’s one of the best at getting himself into regular goal scoring positions.

In terms of scoring goals, Charlton haven’t been quite as impressive as most of the teams currently in the coveted play-off spots, but luckily, they’ve got one of the most efficient goal-scorers leading their line, so if Lee Bowyer’s men can continue feeding their number nine, then finding the net with consistency shouldn’t be an issue.

Stat: Lyle Taylor has either scored or assisted 47% of Charlton’s goals in League One this season.