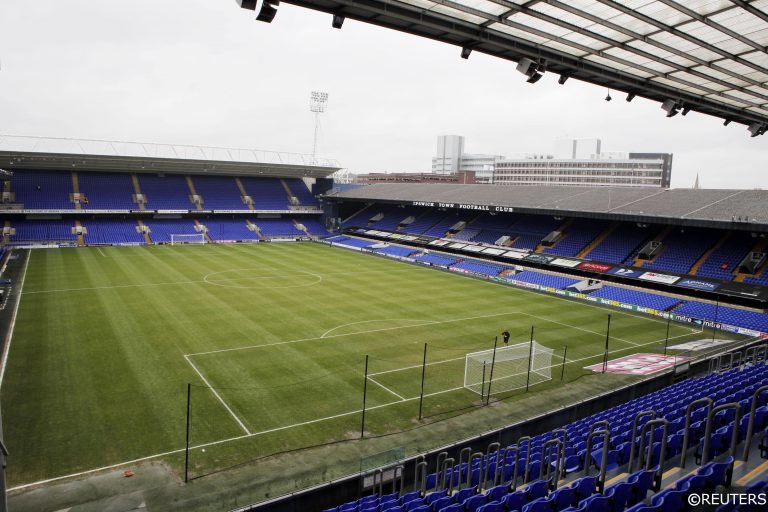 The cut and thrust of League One returns this weekend with a full third tier fixture progamme to sink our teeth into down the English football pyramid.

There are 11 games to consider for our tipping pleasure this this week, but we’ve lasered our focus on six League One matches that we think provide prime predictions and best bets opportunities.

Below you can find our selections along with our massive 236/1 six-fold built around the same games.

The Black Cats are a long way from being the finished article under their new manager, Lee Johnson, and Sunderland could be worth opposing at home to Gillingham.

The hosts are the favourites to win but Gillingham are just six points behind Sunderland in the standings and confidence in their camp will be high following their impressive 4-1 win at home to Crewe on Tuesday.

Wimbledon have slipped into relegation trouble after a paltry return of two points from their last ten games, though they could salvage a draw against bitter rivals MK Dons at Plough Lane.

The Wombles and MK Dons were well matched in November’s reverse fixture that ended all square at 1-1, and a similar outcome looks on the cards when the meet for Saturday’s return contest.

Charlton have been plagued by inconsistency during the winter months but they forced a 1-0 win at MK Dons on Tuesday and Athletic can harness the momentum from that triupmh to defeat Portsmouth at the Valley on Saturday.

The tough trip to the capital comes at an inopportune time for Pompey, who have lost their last two matches to nil, and the Addicks look favourites to leapfrog them in the table this weekend.

Ipswich have lost 100% of their matches against top seven teams in League One this season, but they usually fare much better against the division’s lesser lights.

Crewe had their confidence knocked in a 4-1 reverse at Gillingham on Tuesday and with several key players sidelined, they could drop more points against an Ipswich outfit that beat them 1-0 before Christmas.

Leaders Lincoln look like breaking away from the chasing pack in League One, though their title charge could be halted by a dogged Doncaster team at Sincil Bank.

Oxford have hit the mother of all hot streaks, and United can hammer their way to an eighth victory on the spin when they welcome Fleetwood Town to the Kassam Stadium.

The Cod Army are floundering after a winless eight game stretch, and they should find their host’s momentum too powerful to resist this weekend.