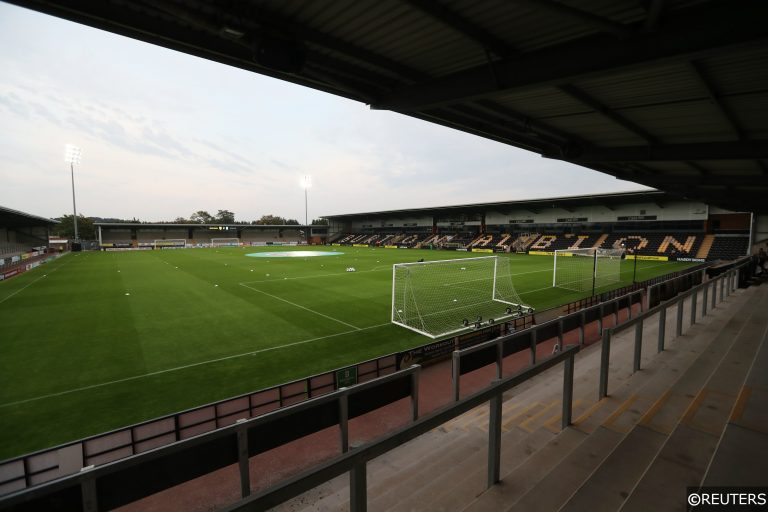 There is another steady flow of League One action to enjoy on Saturday with 11 potentially thrilling fixtures from English football’s third tier to look forward to across the division.

We’ve narrowed our focus and crunched the numbers to bring you six prime League One predictions and best bets ahead of the action, and below, you can check out our selections along with our mammoth 42/1 League One accumulator.

Sunderland boss Lee Johnson has already labelled this fixture as a must-win after three consecutive draws and the Black Cats should respond with a victory at Plough Lane.

It was goalless when these two sides last met in an uninspiring contest at Fratton Park in December and another low-scoring affair looks likely in Saturday’s rematch.

Each of Portsmouth’s last six league assignments have rewarded under 2.5 backers, while there have also been two goals or fewer notched in each of Fleetwood’s last seven League One fixtures.

Blackpool won a five-goal thriller against Hull in December but they are not quite as formidable on their travels and roles may be reversed on Saturday.

The Tangerines have won only three times in 11 games on the road this term and second-placed Hull, who have won six of their nine home outings, can take advantage of their visitor’s travel sickness.

FST predicts: Both Teams to Score

Local rivals Peterborough and MK Dons shared the spoils in a 1-1 draw at the Stadium MK just over a month ago and the net should bulge at both ends again when the neighbours reacquaint themselves this weekend.

Posh are a force at home but both teams have scored in six of their last eight outings at London Road, while MK Dons have kept just one clean sheet in six matches.

There have been at least five goals scored in each of Rochdale’s last five league fixtures and more entertainment is anticipated when Wigan visit the Crown Oil Arena.

Despite sitting second from bottom in League One, Wigan have failed to score just once in their last seven games, and they can contribute to an exciting game in Spotland.

Doncaster are right in the thick of the League One promotion shake-up and they should claim another three points at third-bottom Swindon.

In form Donny have won four of their last five league games and their confidence should be peaking after dumping Championship Blackburn out of the FA Cup last weekend.