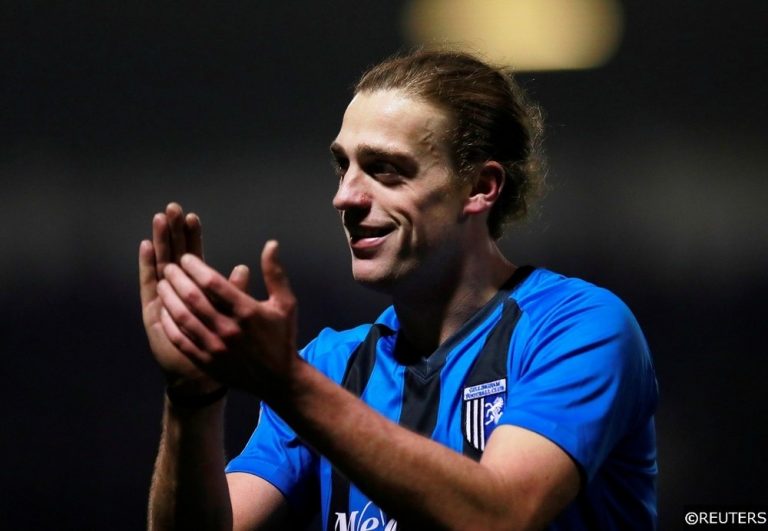 There’s been no shortage of impressive forward play in the third tier this season; League One has been awash with strikers finding their feet in front of goal. Below we take a closer look at three of the more prominent scorers, all of whom look to have a great chance of finding the net against weak opposition this weekend.

Scorer of 18 league goals this season, John Marquis goes into Saturday’s game against a struggling Walsall side as League One’s third highest scorer. By combining deadly one-touch finishing with the ability to collect the ball deep before driving towards goal, the Doncaster hitman has given defences a headache all season long, and the man who currently tops the individual expected-goals for chart now has an excellent opportunity to add to his tally. Against a Walsall side that has given a tremendous amount away on the road this season, the forward is unlikely to go without chances, and given the form he’s been in, shouldn’t be too far away from finding the net.

Charlton forward Lyle Taylor is another of the League One strikers that has found it relatively easy to come by scoring opportunities this season. The 29-year-old, who currently ranks as League One’s third best player in terms of individual expected goals for, has notched 14 goals this season, eight of which have come in front of a home crowd.

Since the Addicks parted ways with the promising Karlan Ahearne-Grant in January, the scoring burden has fallen largely on Taylor’s shoulders, though the goal-getter hasn’t let the pressure get to him in recent weeks, especially at this venue, as he’s notched in each of Charlton’s last two in front of a home crowd. Saturday’s game against Bradford, who’ve surrendered more expected goals than any other League One team this season and who’ve conceded the second most goals on the road, is likely to present Charlton’s leading scorer with further chances.

It’s been anything but a vintage season for Gillingham, who despite last weekend’s victory are still very much involved in the battle for survival, though it’s been a fruitful campaign for striker Tom Eaves, who has found the net in League One on no less than 19 occasions. Like both Taylor and Marquis, Eaves ranks highly (4th) in terms of individual expected goals for, which tells us that he’s been anything but lucky to score so many goals.

Gillingham don’t quite carry the same overall attacking threat as either Doncaster or Charlton, though they do come into this round of fixtures feeling confident after scoring four goals away against Wimbledon last time out, one of which was scored by Eaves, who has now scored four goals in his last five appearances, including three in his last two at Priestfield. Furthermore, the Gills are up against a Rochdale side that has found it very tough to keep things tight on the road this season, so scoring opportunities shouldn’t be in short supply for Saturday’s hosts.