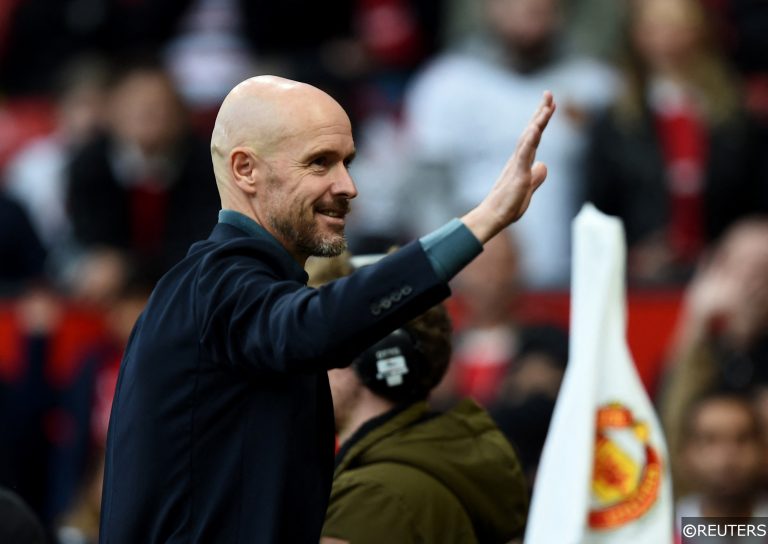 The Manchester Derby is the headline fixture in the latest round of Premier League games as United and City meet at Old Trafford.

We’ve got the big game covered with this handy Cheat Sheet to help with your own bet builders, and after scoring a huge 51/1 Ultimate Bet Builder win on United’s FA Cup victory over Everton we’ve pushed the boat out with this latest multiple and have put together this gigantic 412/1 eight selection bet using out dedicated Match Prediction and selections from the sheet. 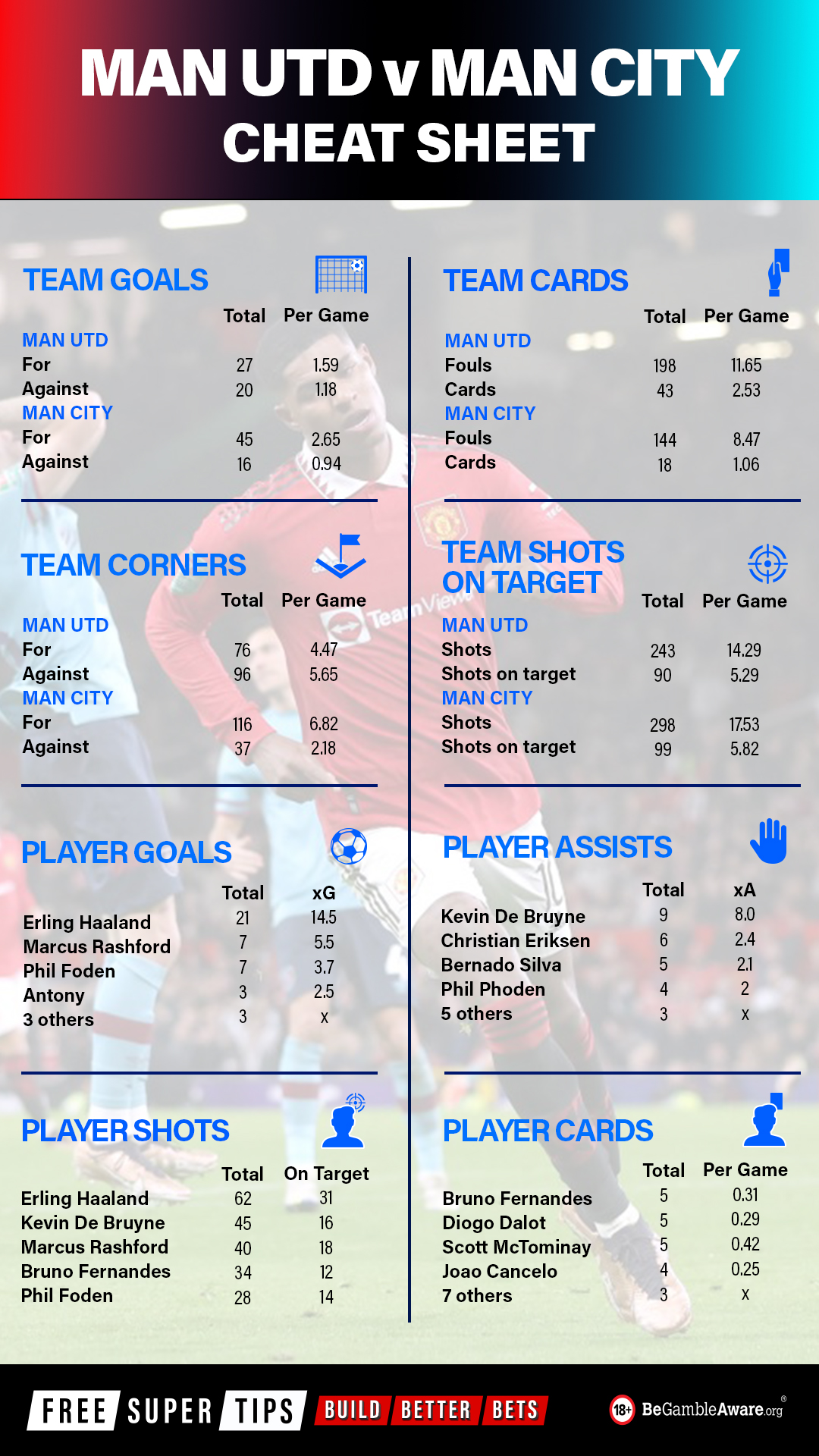 Whenever Manchester City play, Erling Haaland will always stand out as a possible scorer option as he has hit an incredible 21 goals in just 16 Premier League games this season. The Norwegian hit a hat-trick in the reverse fixture, so back him to terrorise United’s backline once again.

Both teams should be able to score on Saturday and from a United perspective Marcus Rashford is the obvious scorer candidate. Rashford has scored in all six of his appearances since the World Cup, hitting seven goals in total, despite only starting four of those games and he can continue his hot-streak this weekend.

Kevin De Bruyne leads the way in the league with assists with nine so far, two of which came in City’s 6-3 win over their local rivals at the Etihad Stadium earlier this season. The Belgian also has three goals, and as there isn’t a huge difference in price it makes sense to back him in the to score or assist market rather than a straightforward assist selection.

Bruno Fernandes to be shown a card

There were three cards shown in the first meeting and with plenty on the line, both in terms of season aspirations and local bragging rights, we may see a few dished out in this latest edition of the Manchester derby. We’ve used our cheat sheet for this selection, as United playmaker Bruno Fernandes has five bookings to his name so far.

Joao Cancelo to be shown a card

Joao Cancelo leads the way when it comes to cards for Manchester City and he picked up a booking in the FA Cup win over Chelsea towards the end of that 4-0 victory. This could be a fiery encounter and both teams could end up receiving cards, with Cancelo a clear candidate for the visitors

Phil Foden to have one or more shots on target

Phil Foden also had a hat-trick in that 6-3 victory for Man City and he is in good form, having scored in the cup win over Chelsea. The England international is averaging 0.8 shots on target per-game and can at least test the keeper on Saturday.

Manchester United to be shown the most cards

This is another selection that comes from the cheat sheet, and it is clear United have the worse disciplinary record. United picked up three cards to City’s none in the reverse fixture and look the more likely side to receive the most cards.

United win over average 4.47 corners per-game and have won 20 in total across their last three home fixtures in the Premier League. City don’t concede many corners, but the hosts will look to impose themselves on this fixture and they are a team in form so back United to win at least four.