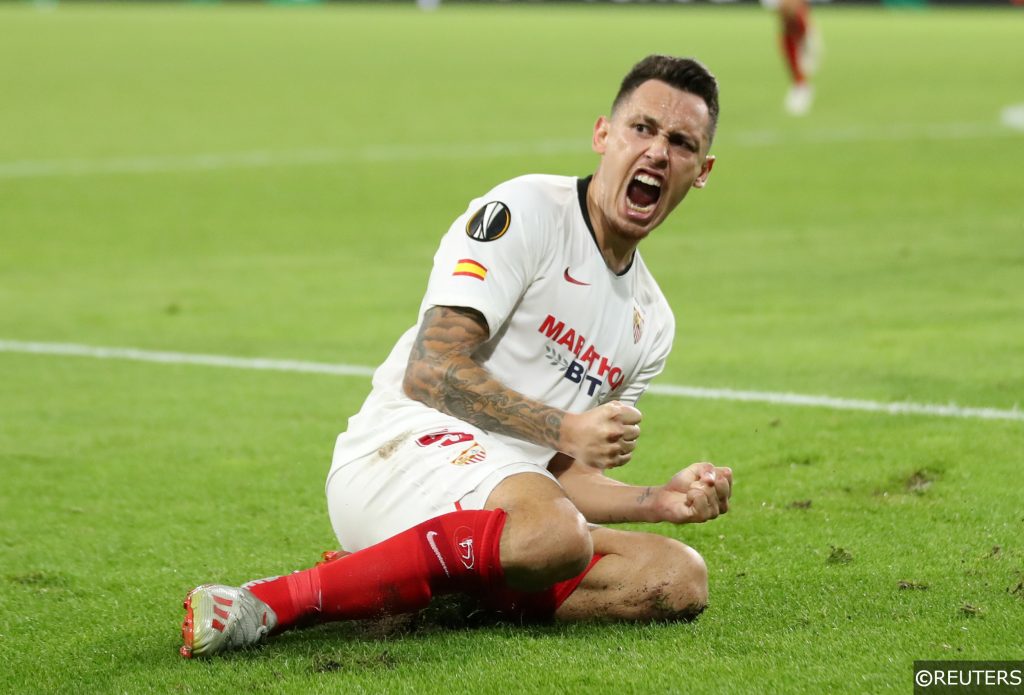 In FST’s new weekly Market Movers feature, we will identify the best backed teams ahead of the weekend’s fixtures, and below you can find this week’s selections along with our huge 22/1 acca built around our selections.

Real Betis have a hefty injury list coming into this one with Victor Camarasa, William Carvalho, Marc Bartra, Cristian Tello, Dani Martin and Alex Moreno all ruled out. The hosts have lost nine of their last 14 La Liga games as well, including a 4-3 defeat to Levante last time out.

Sevilla, meanwhile, are in high spirits after their 2-0 win over Villarreal last time out. The visitors are unbeaten in five in all competitions and have won four of those. Even more impressive is their away record, which has seen them win each of their last six competitive road games.

Swindon vs Wigan (League One)

Kal Naismith and Gavin Massey have both been listed as doubtful for Wigan’s trip to Swindon. The visitors did pull off a stunning comeback before the New Year but have still only won one of their last five League One games, while away from home they have lost five of their last eight.

Swindon certainly aren’t in great form, but the hosts have a full squad to choose from and they have won three of their five home meetings with sides in the bottom half of the table.

First choice Oldham striker Danny Rowe is doubtful again for the visitors and that proved crucial last time out as they failed to score away to Grimsby. They have only won one of their last four League Two outings, losing twice.

They face a Forest Green side that could go top with a win on Saturday. Their defeat to Crawley last time out was their first since mid-November and the market is expecting them to bounce back with a win against Oldham.

Harrogate have shown definite signs of improvement in recent weeks with victories over two sides above them in the League Two table – Exeter City and Oldham.

Promotion-chasing Cheltenham, meanwhile, have seen their form slip and come into this game winless in their last six games. Half of these have been defeats, including a shock 3-0 loss at Barrow just before Christmas.

Lewis Gard and Nathan Ralph are both ruled out for the season for Southend with serious knee injuries and the visitors are winless in their last four away games. Their last outing on December 29th ended in a 2-0 reverse at Leyton Orient, and they have now scored just one goal in their last four trips away.

League Two leaders Newport County struggled in December but can get back to winning ways here. They have won seven of their nine home league games this season and will be eager to put their downturn in form behind them on Saturday.