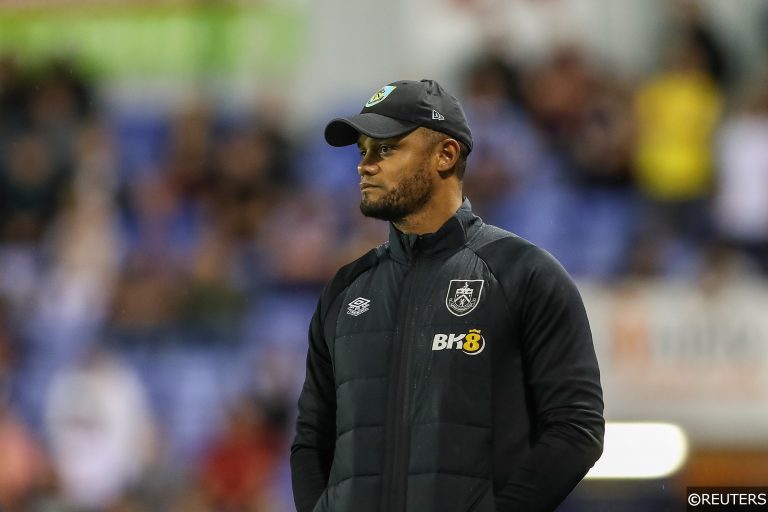 Tuesday night is busy with EFL action, with 30 games across the three divisions taking place. With over a month of the season covered, league tables are taking shape and trends are starting to become clear.

That’s why we’ve looked into the data to pick out four sides who have made fast starts to games this season. We’ve selected four teams with excellent records in the first half of matches, putting together a 60/1 Midway Mega Accumulator.

Sheffield United to win the first half

Sheffield United lead the way in the Championship, while Swansea are sixth-bottom after a poor start. The Swans should struggle once again in midweek, with the Blades likely to make a flying start.

The visitors have been ahead at the break in four of their last five matches, going on to win each of those. With a huge gap between the pair in the table, back Sheffield United to get ahead early in this clash.

Burnley to win the first half

Burnley should be high on confidence ahead of their midweek visit to Preston, having won three of their last four games. They were on course to make it four in a row, before shipping a 90th-minute equaliser at West Brom.

The Clarets have led at the break in three of their four Championship trips this term. They meet a Preston side who have failed to score at home all season. Back the visitors to get in front before the break this week.

Sheffield Wednesday to win the first half

Wednesday have won to nil in two of their three trips so far this term, while they should have little trouble against a Morecambe side who have struggled at the back of late.

The hosts have conceded nine times in their last three games, so back them to fall behind against a Wednesday side who have lead at the break in two of their three away trips so far.

Crewe to win the first half

Crewe have led at the break in five of their seven League Two games so far this season, which has earned them a place in our acca.

Hartlepool haven’t led by half-time at home all season in the league. The visitors won to nil when they made this trip in August last year, so back them to continue their record of fast starts by leading at half-time.