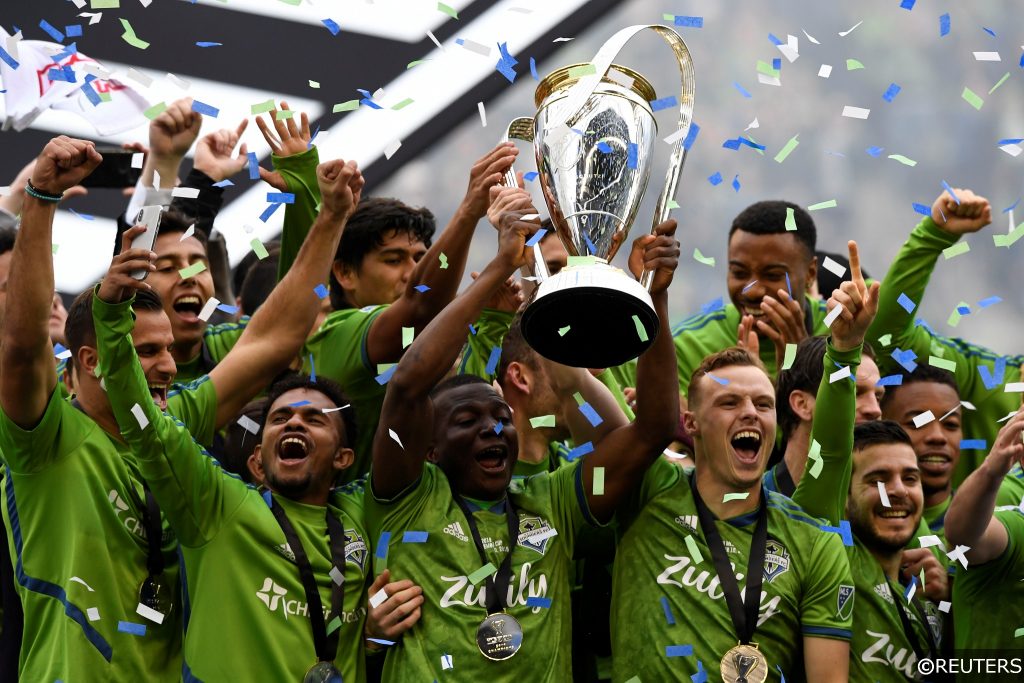 The new MLS season is upon us and this year we welcome two new clubs to the league with Nashville SC joining the Western Conference and the David Beckham led Inter Miami being a part of the Eastern Conference, bringing us to 26 teams overall.

Last season saw Seattle Sounders lift the MLS Cup once more, beating Toronto in the final with those two sides featuring in the marquee matchup for the third time in four seasons. The likes of Atlanta United and Los Angeles FC have once again improved though and will be looking to add the MLS to their trophy cabinets.

The arrival of Javier ‘Chicharito’ Hernandez at LA Galaxy has sparked renewed interest in the west coast side whilst MLS legends, Ignacio Piatti and Federico Higuain depart the league from Montreal Impact and Columbus Crew respectively.

It’s certainly an exciting time to be an MLS fan, but where does the value lie in the outright market?

If you want more betting tips and analysis for this rapidly growing league, make sure to check out all our MLS predictions for this weekend’s opening round.

Picking LAFC to lift the MLS trophy might be the easy option, but the side really are head and shoulders above every other team in the league at the moment. The Black and Gold enter their third season in MLS after winning both the Western Conference and the Supporters’ Shield finishing with 72 points and just four losses.

The dominance the side enjoyed was highlighted by Carlos Vela, who scored 34 goals in 34 games as well as finishing the season with 15 assists. The Mexican continues into this season hoping to be a major player for his side once again and pick up another MVP award. The likes of Diego Rossi and Brian Rodriguez will certainly help the side in attack whilst the arrival of Bradley Wright-Phillips also ensures the squad has a proven MLS goal scorer within its rank in what could prove to be an astute pick up by Bob Bradley.

There have been changes at the Banc of California stadium however with Walker Zimmerman being the highest profile player to leave the club and it remains to be seen how they fair without the US international in their back line.

The reasons to back LAFC to win the MLS Cup are all too clear with the side possessing quality throughout and they have demonstrated this with comfortable pre-season wins over both Toronto and New York City. The side will be hoping to pick up their first ever MLS Cup this season, showing solid progression once more and are our choice to pick up the trophy. 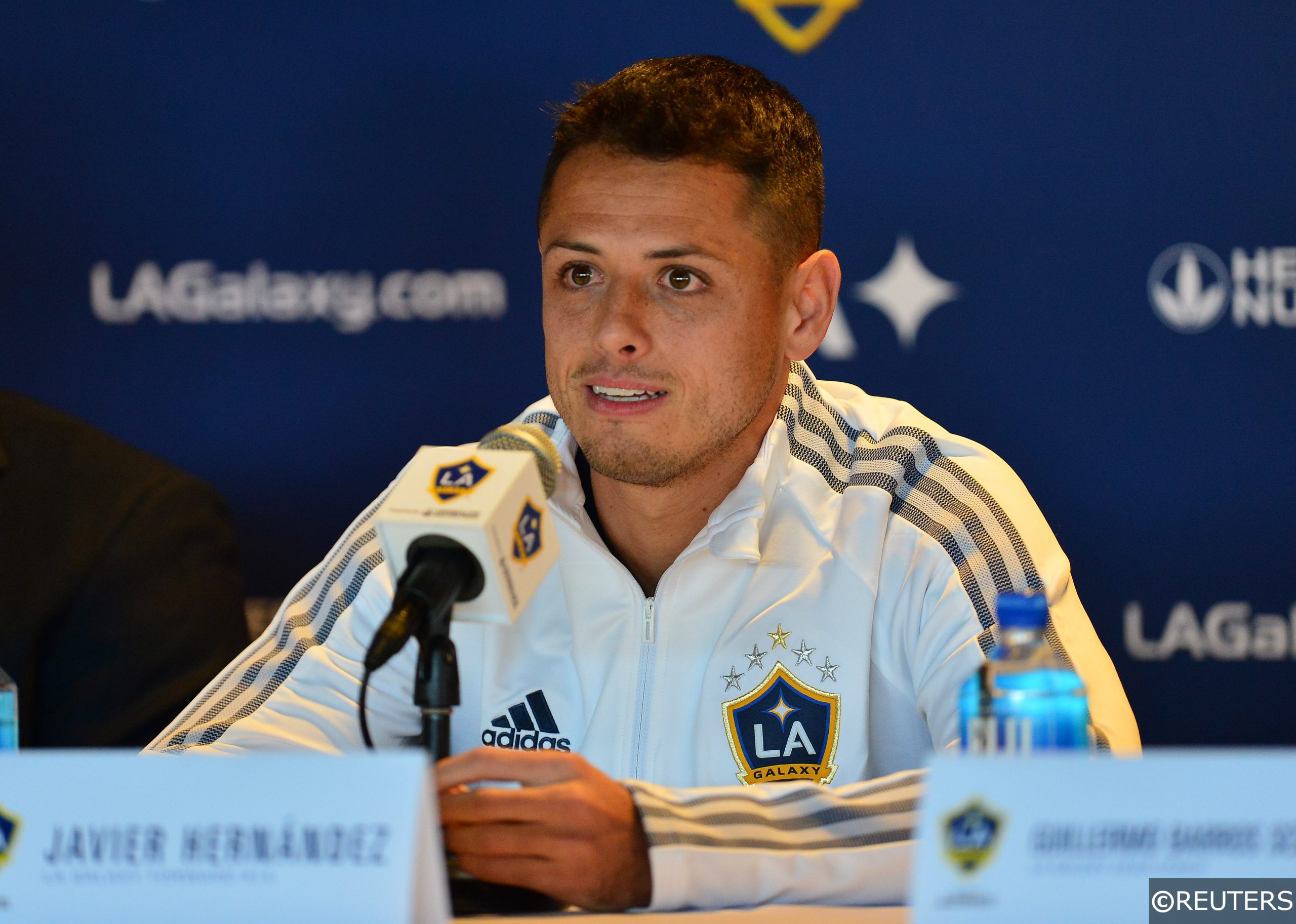 There can be no denying that Hernandez fits the mould of designated player at LA Galaxy. Following in the footsteps of the likes of Ibrahimovic and Beckham before him, but Chicharito possesses better finishing ability than his predecessors and the 9/1 offered for him to pick up the golden boot seems really generous.

It’s unlikely that Carlos Vela will be able to match his output from last season whilst the chances of Josef Martinez netting a big move to Europe in the summer remain high meaning their prices of 11/4 and 10/3 look far too short to back. Hernandez should get plenty of chances in this LA Galaxy team and with almost 100 goals in Europe’s top three leagues, you’d certainly think that Hernandez’s name will be top of the scoring charts in November.

While most bookies have shied away from pricing up many markets on the upcoming MLS season, there is one bookmaker offering a whole host of selections to sink your teeth into. Unibet have prices for a number of different high profile players and teams as well as individual MLS Conference winners odds. What’s more, if you sign up through the banner below you can take advantage of their excellent Bet £20, Get £40 welcome offer!

Columbus Crew didn’t enjoy a great season last time out, finishing 10th in the Eastern Conference and failing to qualify for the playoffs. They look a little stronger this time though, bringing in Darlington Nagbe from Atlanta United whilst Lucas Zelarayan will be hoping to make a big impression after his arrival for around $7m. A couple of astute signings from around the league such as Derrick Etienne and Matt Lampson could also make a difference to how Columbus’ season goes.

We’re backing them to win the Eastern Conference on each way terms with New York Red Bulls and Toronto both looking like they could be beaten whilst New York City may struggle to make the same impact they did last season meaning Columbus stand a good chance of making the step up and finishing in the top two of the east. 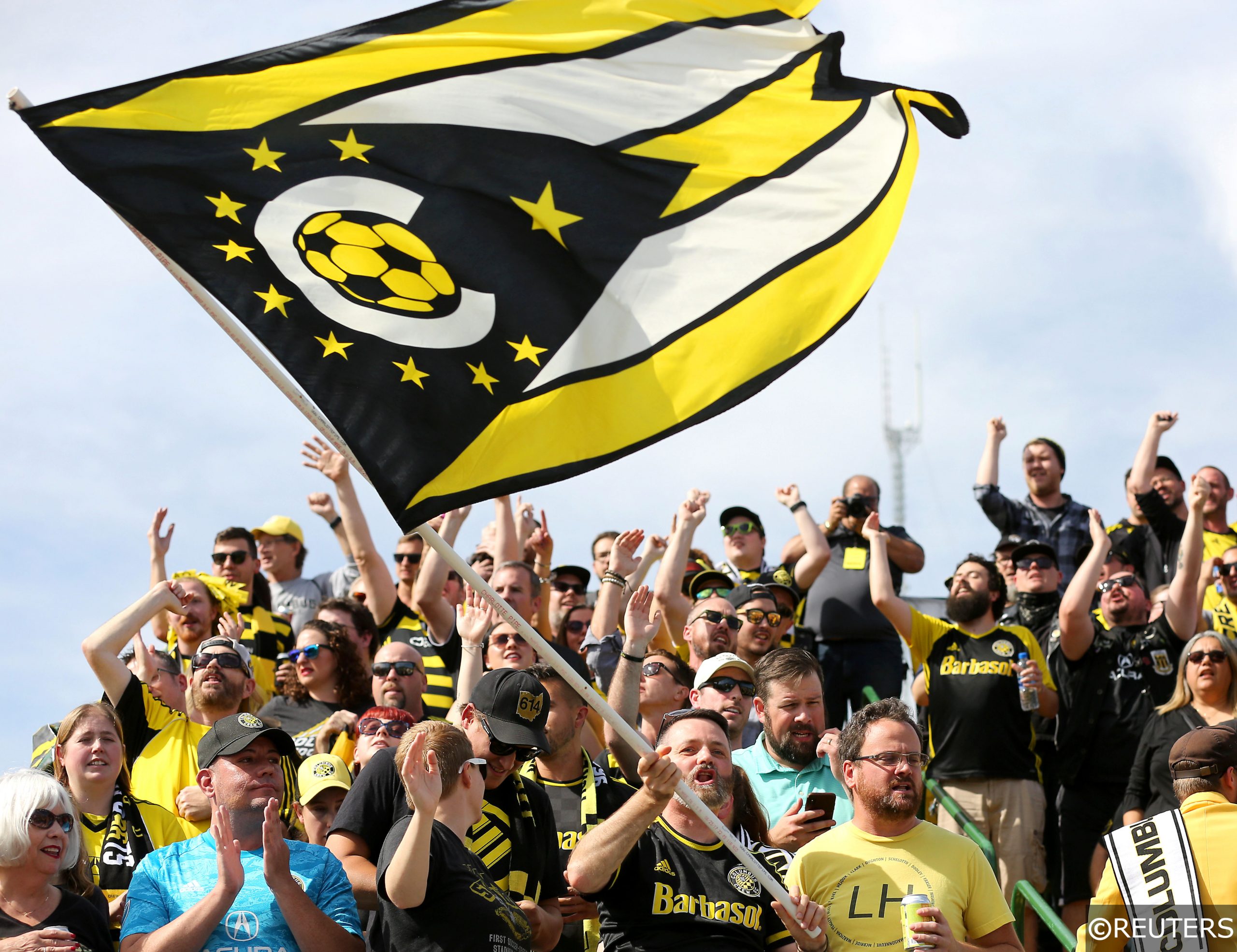 LA Galaxy have a big fight this season, as they look to overcome their biggest rivals, LAFC and reclaim their crown as kings of the west coast. The arrival of Hernandez could be a difference maker as they possess a player who certainly knows where the goal is but won’t get caught up in the media bubble as much as Zlatan Ibrahimovic did whilst the arrival of both Sacha Kljestan and Aleksandar Katai gives the side a real creative spark in the final third.

We’re not sure that LA Galaxy will have enough to overcome LAFC and win the Western Conference but in our eyes they are certainly the best of the rest and backing them on the each way market should return a profit come the end of the season.

Bradley Wright-Phillips to Score Under 16.5 Goals at 11/20 with Unibet

Wright-Phillips has made the move from New York Red Bulls to LAFC, where he’ll be understudy to the front three of Rossi, Rodriguez and Vela meaning his minutes on the pitch should be fairly limited. Last season he scored just two goals in 24 appearances and the 16.5 goal line looks far too big in our view.

This is another line that looks slightly out of place with Kamara being a proven goalscorer in MLS and entering the new season with DC United likely to lead the line. Kamara has beaten the 11.5 goal line in all three of his full seasons in MLS and averages a goal every other game meaning he’ll need to play 24 times this season to surpass that line. He’s never played less than 25 times in a season in MLS and we think this looks a really good value bet for the course of the season.

Best Team in Midwest – Columbus Crew at 7/2 with Unibet

There are five teams that make up the midwest in MLS; Minnesota, Sporting KC, Columbus, FC Cincinnati and Chicago Fire. There aren’t big things expected from the latter two and they are favourites to finish bottom of the overall table so we are happy to discount them which bring us down to three.

Sporting KC had a torrid season last time out, finishing second bottom of the Western Conference and, whilst they should improve this season, they still look like they are experiencing a period of transition as they lose three or four stalwarts from their squad. Meanwhile, Minnesota had a stellar year in 2019, finishing fourth in the West and looking really good defensively. They’ve had a large turnover of players however and have lost influential keeper, Vito Mannone, who was instrumental in their defensive security last season. We can see them regressing slightly this season and this leaves the door open for Columbus.

We’ve outlined the reasons above that we think Columbus will have a good season and the 7/2 price seems really generous. Implied probability gives Columbus a 22% chance of being the best midwest side but we think they finish highest overall much more often than 1 in every 5 times and we think this is a great value selection.