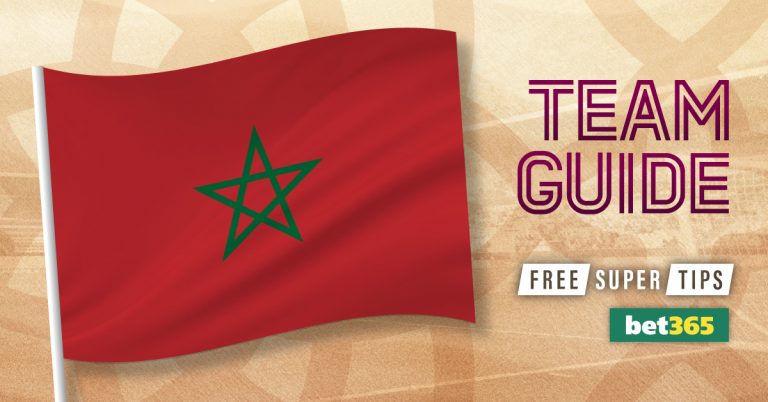 Morocco will make the long trip east to Qatar seeking to go deeper than the group stage for the first time since Mexico 1986 under the new leadership of Wahid Regragui.

The Atlas Lions have bundles of talent in the squad, but time will tell if the new boss can get a tune out of them after the tumultuous reign of his predecessor Vahid Halilhodzic.

Morocco: The story so far

With the Vahid Halilhodzic reign now a thing of the past for the Morocco national team following numerous confrontations with key squad players, an underperforming team and a lack of cutting edge, a new era begins under Wahid Regragui.

Sacking a manager just a few months before the World Cup is always a big gamble, yet the early signs are good with Regragui overseeing two clean sheets in his opening two games in charge.

Having played for the national team himself, Regragui knows just what this team is all about and what they’re capable of as he proclaimed that his men are not here just to play three games.

Strong defensive performances have been a hallmark of the Moroccan style of late, with the Atlas Lions keeping four clean sheets from their last five internationals at the time of writing.

Granted, they were against much lesser opponents than they’ll face here, but with the likes of Sevilla stopper Bounou in goal, PSG’s Achraf Hakimi, Bayern Munich’s Noussair Mazraoui, and Besiktas’ imposing Romain Saiss in defence, they will be a scary sight for most attacking players in world football.

It’s not just the backline that ply their trade across some of Europe’s top leagues with every player in Morocco’s starting XI being recognisable to the discerning fan of European football. With such talent, Morocco will hope to stop a run of three straight group stage eliminations when featuring at the tournament.

Morocco are in Group F, which also features the world’s #2-ranked Belgium, 2018 finalists Croatia, and minnows Canada. With the Atlas Lions making the long journey East, they’ll hope to upset the odds and break a three-tournament streak of group stage failures.

Although Morocco are used to suffering group stage eliminations, they could be in for a stronger showing this time around with the exciting young manager Walid Regragui taking the reins for his first major tournament.

The Atlas Lions look like good value at 2/1 to progress to the knockout phase, a price which is perhaps justified as the higher-ranked Belgium and Croatia will occupy the top-two according to most pundits, while many will predict that it’ll be Morocco in third with Canada collecting the Group F wooden spoon.

Morocco’s best ever World Cup finish came in just their second appearance at the tournament at Mexico ‘86.

The Atlas Lions topped a group containing England, Poland and Portugal all whilst conceding just a single goal, yet they were eliminated in a 1-0 defeat to eventual runners-up West Germany.

The stage is set for the Atlas Lions to at least match their best finish, with their opponents all being used to much cooler temperatures at this time of year in their native countries. However, that may only apply to Morocco to a certain extent as the bulk of their starting XI ply their trade in Europe’s top-five leagues.

Morocco boss Walid Regragui plied his trade in France and Spain as a player, most notably winning Ligue 2 in 2001/02 whilst at Ajaccio and finishing as runners up in the Africa Cup of Nations with Morocco in 2004.

The bulk of Regragui’s success has come since turning his attention to management though, he knows this country well having won the Qatar Stars League in 2019/20 with Al-Duhail and enters his first major tournament with his native Morocco after lifting the CAF Champions League trophy last season.

Regragui is yet to see his Morocco team concede a goal in the infancy of his reign at the time of writing (W1, D1), so he’ll hope to maintain that kind of defensive solidity against some talented footballing nations in this tricky looking Group F.

Sevilla and Morocco stopper Bounou will be a big presence in between the sticks whilst Walid Regragui will hope that the tireless runs of Youssef En-Nesyri pay dividends in attack.

Sofiane Amrabat, Belhanda and Ilias Chair could form the core of Morocco’s midfield and will look to pull the strings in aid of their formidable front three of Hakim Ziyech, En-Nesyri and Sofiane Boufal.

Ziyech and Boufal will cover the right and left side of attack with Achraf Hakimi patrolling the flanks with his power and pace, while Toulouse attacker Zakaria Aboukhlal is a threat from the bench.

Morocco to qualify from Group F at 2/1

With their considerable diaspora of fans already in Qatar, a side that will be more used to the warm conditions and a relatively star studded side with some big name talents plying their trade across Europe, 2/1 for Morocco to qualify looks like the value pick.