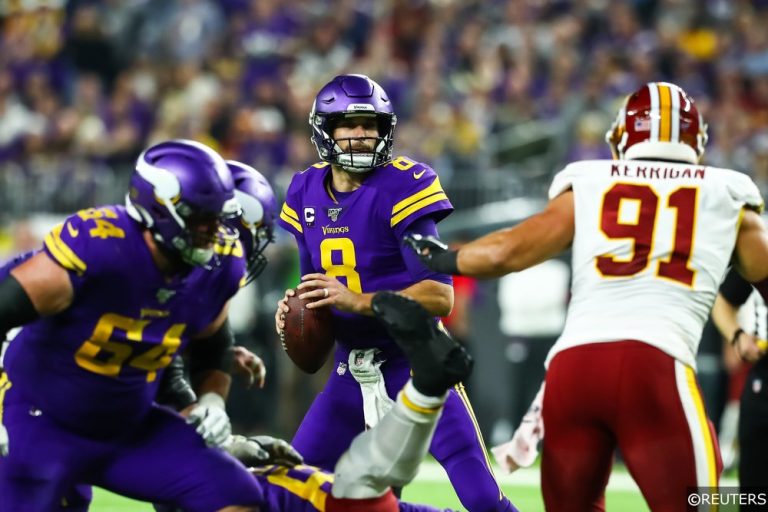 The Vikings and ‘home team’ Saints have built up something of a rivalry in recent years and both ball clubs are bidding to extend their unbeaten London record to 3-0 in what is the first of five 2022 International Series games.

Ahead of Sunday’s clash at the Tottenham Hotspur Stadium, we’re looking to follow up our 12/1 winner from Monday night’s NFL game with a 10/1 bet builder for the first London game of the season.

The post-Sean Payton era has got off to a rocky start under Dennis Allen, the team being a dramatic week one comeback against Atlanta away from an 0-3 start, and despite being in London all week to prepare, in theory giving them an advantage over the late-arriving Vikes, it’s hard to have faith Allen can help pull them out of their nosedive, especially with key injuries meaning we’re likely to see Andy Dalton getting his first start in a Saints uniform at QB.

The Vikings, meanwhile, will be feeling good after wins over division rivals Green Bay and Detroit, pulling off a comeback of their own against the Lions last week.

This could end up being a fairly low scoring game, though, with a field goal in it, so we’ll tease the Vikings up to +4.5 on the alternative handicap, and nudge the total up to 51.5 and go under.

Kirk Cousins, as is his want, flopped in prime time against what is admittedly a strong Eagles squad in week two, but he holds the record for most passing yards in a London game (458).

With number one receiver Justin Jefferson in something of a funk after a red-hot week one outing and now going up against Saints stellar cornerback Marshawn Lattimore, look for Cousins to seek air yards elsewhere, with K.J Osborne likely the man to benefit from all the attention Jefferson receives.

Osborne saw eight targets in week three, resulting in five catches for 73 yards, and he can go over his total of 33.5 here.

With Vikings stud running back Dalvin Cook nursing a shoulder injury, expect back-up Alexander Mattison, something of a Cook clone, to receive an increased role, especially if they’re up late and chewing clock. He can clear a low number of 22.5 against what has suddenly become a fairly soft Saints from seven.

In anticipation of the Saints playing catch-up, Dalton will be looking for someone to throw to and rookie wideout Chris Olave has been the one bright spot on the New Orleans offense. He faces what is hardly a stellar Vikings D, and has seen 13 targets for each of the last two weeks, resulting in 80 and 147 yards. His number is set at 59.5 this week, so we’ll take the over as the final leg.