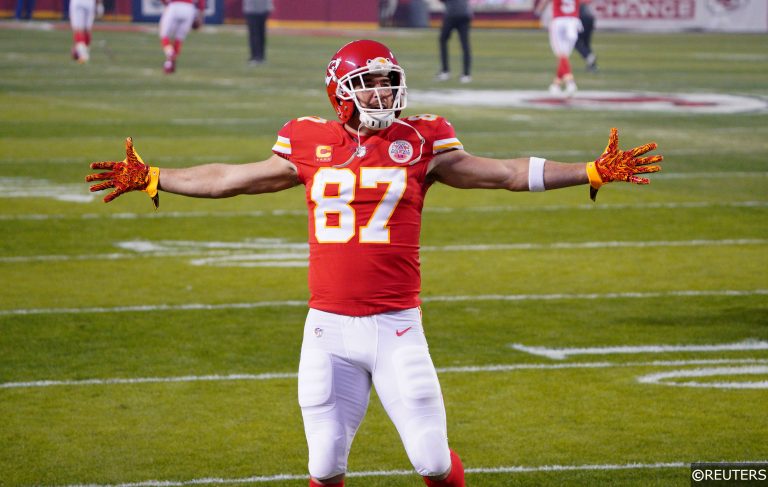 Sunday marks the biggest date in the American sporting calendar as Super Bowl mania descends on Florida to watch defending champions Kansas City Chiefs take on a Tampa Bay Buccaneers side led by Tom Brady and playing in their home stadium for the first time in Super Bowl history.

While much of the attention is focused on the outcome of the game itself, one of the other big draws of the Super Bowl is the huge range of prop bets available for die-hard NFL fans and casual punters alike.

Here, FST’s very own NFL experts team up with Sky Sports pundit Jeff Reinebold to unearth some gems in the prop bet markets, with both performance-based and novelty prop bets covered.

Remember to check out our all you need to know guide for Super Bowl LV, and then take a look at our Super Bowl LV betting preview here.

What are Super Bowl prop bets?

Super Bowl prop bets cover everything from the handicap lines and the over/under markets, but what most people think of when they think of NFL prop bets are the player-specific bets and, of course, the outrageous novelty bets available in the Super Bowl.

Player specific bets can include things like passing yards, rushing yards and touchdown scorers, as well as some more niche markets that the informed punter can take advantage of.

The novelty prop bets are very much focused on fun rather than profit, with betting available on things like the outcome of the coin toss, the colour of Gatorade poured over the winning coach and the length of the national anthem.

Patrick Mahomes to be Super Bowl MVP at 1/1

Who will be Super Bowl MVP? 🏆🤔@Jeff_Reinebold tells us who he thinks will win the award on Sunday!

speaking to FST, the Sky Sports pundit said: “He’s [Chiefs head coach Andy Reid] almost unbeatable coming out of a bye. They had a bye last week between the Championship round and the Super Bowl. You know that Kansas City will be prepared.

“Also, they’ve got tremendous speed at wide receivers, they’ve had a week off, they’ll be at full stride on Sunday.

“All of those things say that Mahomes will succeed throwing the ball and, in the Super Bowl, you always say that if the quarterback wins the game, he’ll be the MVP.”

Travis Kelce to score the first touchdown at 13/2

“He is a feature there often and, when they get in the red zone, Patrick Mahomes looks for ways to get him the football. I think he will score the first touchdown of the game.”

Over 3.5 Leonard Fournette receptions at 5/7

Running back Leonard Fournette has played a much bigger role for Tampa Bay in their playoff push than he did for much of the regular season and that pattern should continue in the Super Bowl.

The powerful rusher is hard to stop when in full flow but he’s also a handy outlet for Bucs quarterback Tom Brady to take a short pass and try to make some decent yardage with it.

The former first-round draft pick looks worth backing to have more than 3.5 receptions in the Super Bowl after recording 14 (from 17 targets) in their three playoffs games.

Brady leaned heavily on his running backs as receivers in his New England years and Fournette should be a willing assistant if he feels the pressure of the Kansas City pass rush.

Over 28.5 Mecole Hardman receiving yards at 5/6

Mecole Hardman will have been acting as Kansas City’s second wide receiver behind Tyreek Hill for large portions of their practices this week, with Sammy Watkins and DeMarcus Robinson both missing time on the training field, and that could translate into a bigger role on gameday.

Back Hardman to have over 28.5 receiving yards in the Super Bowl. The speedy receiver could make that on one big play even if he sees limited action, and with defences understandably focusing on stopping the huge threats of Hill and tight end Travis Kelce, the other members of the Kansas City offence are extremely capable of exploiting the situation.

Over 8.5 Clyde Edwards-Helaire rushing attempts at 10/11

Firstly, the threat of poor weather on gameday could make passing more difficult, and the rookie could also be used to help to run down the clock if the Chiefs get ahead and understandably want to keep Tom Brady off the field as long as they can.

CEH is an explosive player in his own right and although the Chiefs are a pass-first offence, it would be no surprise to see the youngster making an impact.

Once again, Jeff Reinebold has some insight on this as he picks the national anthem to go under 1:59 minutes, the coin toss to hit tails and the Gatorade colour to be blue.

You don’t need to be an NFL guru to bet on the Super Bowl! Jeff Reinebold takes a look at some of the more extravagant pre match bets for you to keep an eye on this year!

All you need to know about Super Bowl LV