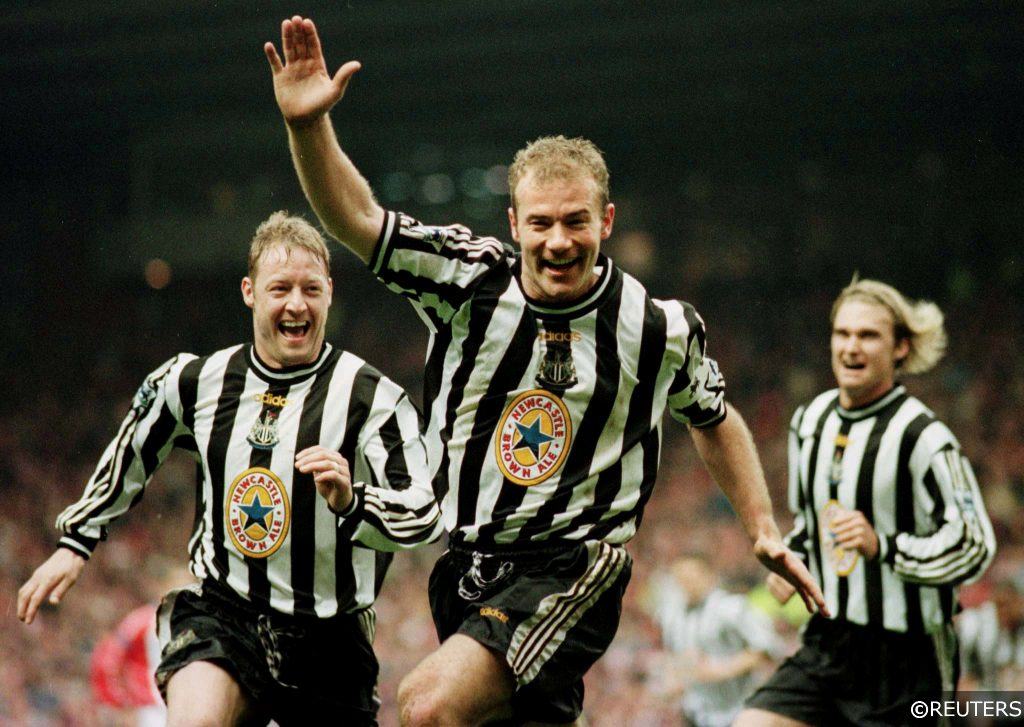 Argentine winger Maxi Rodriguez endured a relatively unspectacular three-year spell with Liverpool between 2009 and 2012, though one of the wide midfielder’s best afternoon for the Reds undoubtedly came against Birmingham City in 2011.

The former Atletico Madrid star had scored just three league goals for the entire 2010/11 campaign before he lined up against the Blues at Anfield in late April, though Maxi boosted his individual numbers with a stunning hattrick against a bruised and beaten Birmingham outfit.

Remarkably, that hugely productive afternoon kicked off a prolific run of seven goals inside three games for Rodriguez, who followed up his Birmingham treble with a goal against Newcastle, before netting ANOTHER hattrick in Liverpool’s late season 5-2 rout of Fulham at Craven Cottage.

Rodriguez stayed with Liverpool until 2012 before returning to his homeland with Newell’s Old Boys.

Before Jose Mourinho there was Tred Drake.

The former England and Arsenal centre-forward took the reins at Chelsea in 1952 and revamped the club’s set-up behind the scenes to modernise their training methods and restructure their youth system.

After snaring some shrewd signings from England’s lower leagues, the Blues lifted the First Division title under Drake just three years after his appointment during what was their Jubilee season.

Chelsea sealed their title win with a 3-0 victory over Sheffield Wednesday in the capital in the penultimate fixture of the season. A penalty from Richard Sillett and a brace from Eric Parsons did the damage in front of a crowd of 51, 421 at Stamford Bridge.

The Blues had to wait until the 2004/05 campaign to win English football’s biggest prize again. Big-spending Chelsea made the most of Roman Abramovich’s cash to storm to the title that year under Jose “The Special One” Mourinho.

1898 The first ever football match is played at Elland Road between Hunslet FC and Harrogate.

1923 The Turkish Football Federation formed, creating a national team that would become a force in Europe and eventually reach third place in the World Cup.

1932 John Nicholson, secretary-manager of Sheffield United, was tragically knocked down and killed in the Sheffield station yard while waving off the team for their fixture at Aston Villa. He had held the post for 32 years.

1945 Bayern Munich defeated 1860 Munich 3-2 in what turned out to be the last recorded match in the Third Reich.

1948 The Footballer of the Year award was made for the first time and Stanley Matthews, then with Blackpool, was selected to win the gong by the football writers.

1975 Leeds United reach the European Cup Final after securing a 1-1 draw against Barcelona. Leeds were eventually beaten 2-0 by Bayern Munich.

2002 Newcastle’s Alan Shearer scores twice at Ewood Park against his old club Blackburn Rovers to rescue a point for the Magpies in a 2-2 draw.

2003 Brazil’s Ronaldo scored a stunning hattrick at Old Trafford in Real Madrid’s 4-3 defeat against Manchester United. The Spaniards progress 6-5 on aggregate overall at their hosts expense.

2006 West Ham defeat Middlesbrough 0-1 in an FA Cup semifinal at Villa Park in Birmingham before a crowd of 39,148. West Ham eventually went on to lose in the Final to Liverpool – the second of five consecutive FA Cup competitions in which the team to defeat Boro went on to become losing finalists.

2017 Crystal Palace beat Liverpool 2-1 win at Anfield thanks to a double strike from their former player Christian Benteke. The Reds haven’t lost at home in the Premier League since in 55 fixtures.