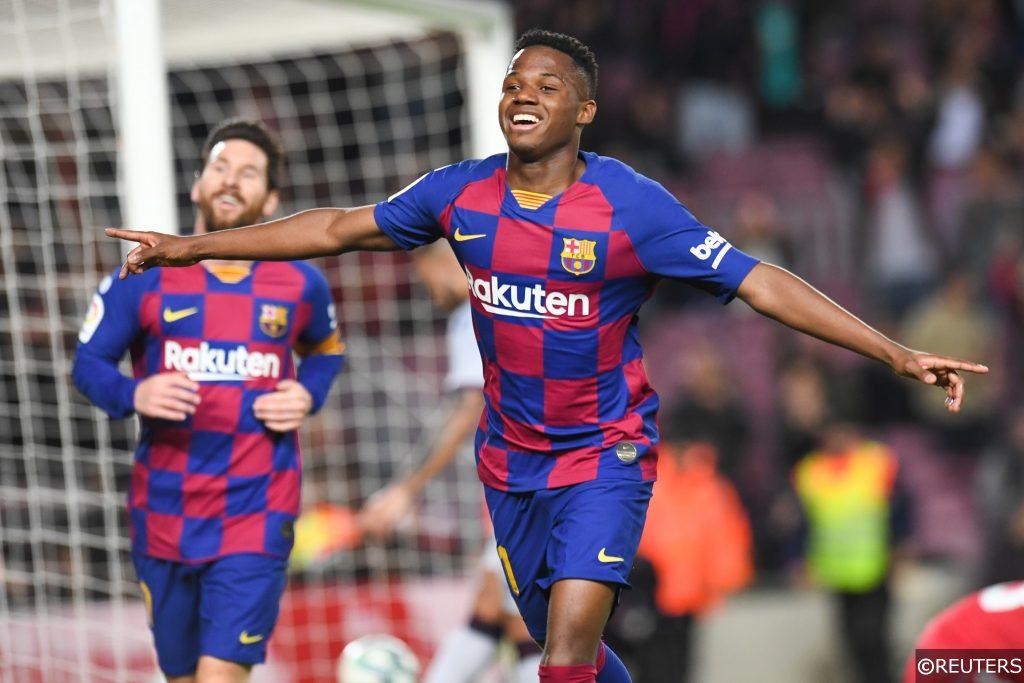 While trophies and tactical masterstrokes are the lifeblood of the game for aspiring digital coaches, little beats the feeling of snapping up a starlet and turning them into a top-level player. Watching that raw wonderkid turn into a world beater because of your tutelage is a feeling to be savoured. Next in the series is a look at the best young, attacking talents which managers do not need to spend a pretty penny to capture.

Strikers are typically the most expensive players in the game as goals win matches but there are still some great value options in the transfer market.

The types of attributes forwards excel in depend on their role in the team – those looking for a target man with good hold-up play should focus on physicality and categories such as strength, heading and passing, while those after dynamic centre-forwards or speedy wingers should look at dribbling, agility and technique.

Danes Copenhagen have produced Football Manager favourites such as Kasper Dolberg or Andreas Christensen over the years and their latest super starlet is 18-year-old Mohamed Daramy.

Although he is comfortable operating as a right-footed left-winger, able to cut inside and create opportunities, Daramy’s best tactical role is as a poacher playing through the centre.

He excels with the ball at his feet as demonstrated by strong dribbling (15), first touch (14), flair (15) and pace (14) attributes and it is therefore a good idea to consider pairing the forward with a strong, physically imposing striker who can flick balls into his path.

Accustomed to developing youngsters and selling them on, Copenhagen are willing to let Daramy go for cheaper than most big European outfits would and his wage of just over £2k per week renders him a super acquisition for any second tier side and above.

His current status at Copenhagen is a back-up player and any managers of top-flight outfits looking to secure his services may want to consider loaning him out to gain first-team experience.

If it were not for the eyewatering numbers being posted by Borussia Dortmund’s Erling Haaland, PSV forward Donyell Malen would be all the rage in European football right now.

In 49 league appearances for PSV, he has scored 21 goals and managers of sides on the fringes of European football should snap up the winger-cum-forward if they are wanting a youngster who can hit the ground running.

His finishing stat of 14 is impressive for a 21-year-old who is not solely deployed as a striker and can also play on both flanks. Malen is a forward-thinking player suited to attacking, direct systems and his desire to take shots early makes him compatible with the ‘shoot on sight’ tactic available to managers.

His statistics generally suggest he would be wasted anywhere other than the final third but there is also the opportunity to train him as a wide midfielder or number ten. He is a suitable buy for clubs with decent budgets but PSV will sometimes allow him to move to sides in the lower echelons of leagues if managers take advantage of the player exchange and sell-on fee percentages.

There has to be something special about a footballer who is playing alongside Lionel Messi at the age of 17 and Ansu Fati has already made a name for himself across Europe.

Of course at the start of the 2019/20 season, where FM2020 begins, Fati was yet to make an appearance for the Blaugrana and so will not fetch the astronomical prices real-life clubs may have to pay for the Spanish wonderkid.

His best tactical role is describe as an inside forward so it is unsurprising he likes to cut inside, while he also likes playing to feet rather than unleashing through balls so is suited to teams playing possession or tiki-taka football.

Fati has scored five goals in 25 appearances in all competitions for Barcelona and he would be a great addition to a side lacking creativity in the final third, given his best attributes are his flair (17), dribbling (16), technique (15) and agility (17).

The fee Barcelona ask for can depend on the club making the offer and their circumstances but it is not unknown to get him for £25 million, while a loan deal can sometimes work even though he is registered to their ‘B’ team in the game.

There have been incessant comparisons made between 17-year-old Portuguese starlet Fabio Silva and Cristiano Ronaldo and that alone should encourage Football Manager players to bid for the forward.

In 18 appearances for Porto in all competitions, Silva has managed three goals but the player is about more than just sticking the ball in the net.

Although he is competent in only one position in the game, he can operate as different types of strikers with physical stats such as his strength (13), jumping reach (13), heading (11) and first touch (15) making him a solid hold-up player, while he is also quick with great dribbling (14) and technique (15) scores, meaning he can play off the shoulder of a more experienced attacker.

His poor positional sense and natural lack of leadership abilities mean it would probably be risky for a manager to put all their eggs in one basket and play Silva as their main striker for the season and he could instead work well as a deputy front man at a bigger club.

Silva’s transfer value of around £2 million is deceiving and he will cost a lot more but, at 17, it is worth paying as much as £30 million to snap him up.

Somewhat of a late peaker, Giacomo Raspadori only made his professional debut last May, months before the release of FM2020, having turned 20 this February.

The Italian has only made five league appearances for Sassuolo this season and is a bit more raw than the other starlets on this list, meaning he will not cost as much and he would be a promising purchase for most mid-table sides.

The game considers Raspadori a determined individual who can eventually be trained to play across the entire front line – he is currently competent as a striker or left winger – while his prefered tactical role is as a poacher.

A finishing stat of 14 supports that claim while those looking to set their teams up in high-intensity systems, perhaps by employing the ‘Gegenpressing’ tactic, should look at the 20-year-old, who scores well when it comes to his off the ball (14), stamina (12) and acceleration (14) stats.

Sassuolo have a decent number of forwards to choose from, meaning Raspadori is often considered a back-up player, so he should be relatively easy to capture.