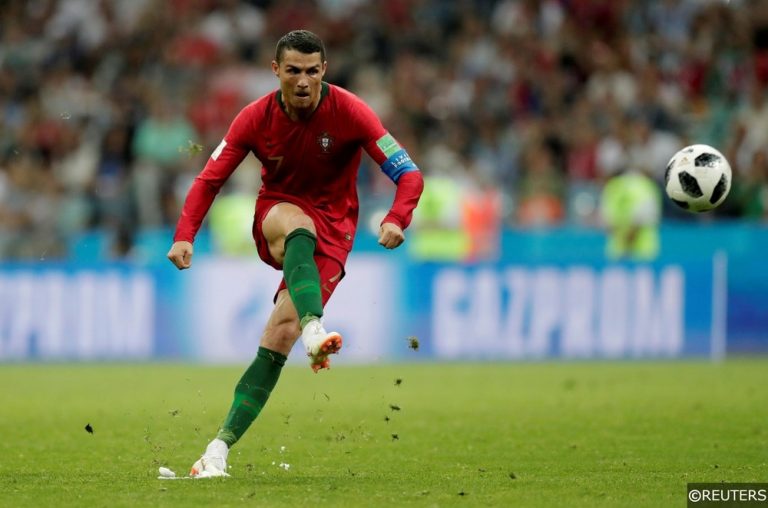 It’s fair to say that Portugal’s second game in Russia won’t be as well remembered as the first. The incredible draw with Spain is going to be a highlight for years to come, while their 1-0 victory on Wednesday barely had a highlight to show us.

Portugal were ahead early on through Cristiano Ronaldo again, and they offered little else going forward. Meanwhile, Morocco failed to capitalise on chances to avoid elimination from the tournament already.

This clash wasn’t exactly kind to either side. However, has this narrow win exposed Portugal’s problems to the world? It’s hard to see too many managers watching this one back and not finding ways to poke holes in Portugal in a knockout clash. However, just how big are those issues, and can Fernando Santos fix them before their final group clash with Iran?

With Ronaldo operating further forward, a giant gap has appeared between Portugal’s attack and defence. There should be a midfield in there somewhere, but they keep going missing. That was clear against Morocco, when none of the four who started really covered themselves in glory. That played a huge part in their struggle with Morocco, which saw the outsiders dominate possession.

Part of Portugal’s issues came with their limited duo in the middle of the park. While Joao Moutinho and William Carvalho were praised for defensive efforts, that’s about the limit for the pair. According to their average position in the game, they sat on top of each other. Playing them together against Spain as midfield destroyers felt like a smart move, but they aren’t the greatest when it comes to getting the ball forward and starting attacks.

It was a particularly bad day for Carvalho, who recently became a free agent. The holding man made two tackles against a swarming Morocco side, while he made one interception and no blocks. That’s not exactly a brilliant return for a player in his position, given how Portugal struggled to stay in the game. While Moutinho was better, playing them together felt a little redundant, especially with Bruno and Manuel Fernandes both on a talented Portugal bench.

Vacancies on the Flanks

If that role fell elsewhere in the team, then sticking with two defensive midfielders might make sense. However, Joao Mario tucked inside with them, and of his 27 passes just a third went forwards. He made only four passes in the final third of the pitch, so he hardly did enough to win back his place after he was left out against Spain. He may have given them a little more presence in the middle of the park, but sticking with the usual approach of Mario on the left did add to problems elsewhere, which we’ll get to later.

The other flank was even more disappointing, as Bernardo Silva continued to underwhelm for his national side. We’ve been quality from him at Monaco and Man City, but the winger isn’t comfortable bursting forward for his country yet. He was another who didn’t really impress against Spain, and his 44 touches were lower than any other midfielder for Morocco. He was one of the least effective Portuguese players overall, to the point that some will be calling for him to be replaced. After just eight passes in the final third, you have to ask if anyone else could step in and match him.

The wide players are supposed to support the front two, but they left Goncalo Guedes and Ronaldo isolated. The pair came out with credit, as Guedes worked well and showed some good movement. Ronaldo scored the vital goal to decide the game, and he could well be going home with the Golden Boot. On the other hand, Ronaldo lacks anyone who can take the scoring burden off his hands right now, which is a worry for Portugal.

Which Portugal Stars Are on the Move this Summer?

Pepe and Jose Fonte were improved in this game, after a horror show against Spain. The former West Ham and Southampton man did stand out, winning eight battles in the air and making 10 clearances. However, this felt like a tribute act to the defence which won Euro 2016, and not the real thing. It could be down to the ageing nature of the central-defenders, which has forced the team to move very deep, and it played a role in giving up so much of the territory to Morocco in this clash.

We saw Spain dance around Pepe and Fonte, while this game felt like they were doing everything to avoid another slip. You have to wonder just how far they can stretch themselves, especially with bigger challenges to come. Morocco still managed to get in despite Portugal’s defending, and Rui Patricio was key as he kept his side ahead on numerous occasions.

It’s not just the two in the middle, as Raphael Guerrerio was noticeably poor. He was solid against Spain, and he stepped forward early here in order to support the attack, but he faded after the first 10 minutes. Morocco consistently got the better of him, especially with Joao Mario slipping inside and not offering cover. 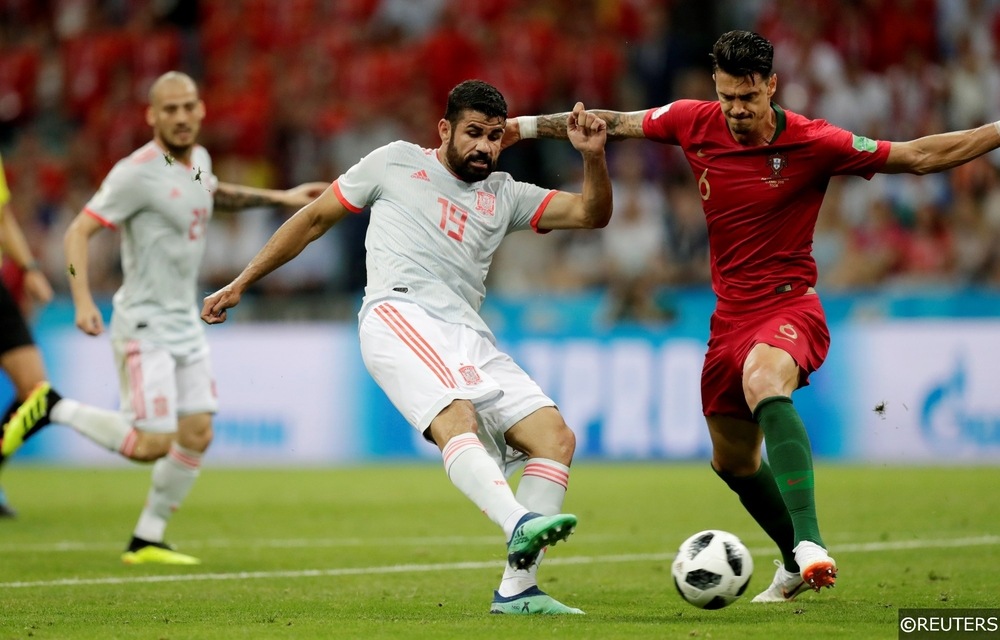 Portugal had issues holding off Morocco, and they had particular issues from set pieces. They conceded 15 shots in the game, and five of those were headed chances. They faced nine opportunities from set pieces altogether, and that comes after the Spain took advantage of that weakness in their opening clash.

If Portugal are aiming to carry on the style they showed at Euro 2016, then they can’t afford to be so vulnerable from corners and free-kicks. When the competition steps up in the latter stages, the Portuguese will face more clinical opponents, sides who work harder from corners in order to cause problems. With it now emerging as a weakness, more will try to hurt the European champions from dead balls, especially after seeing how Iran tackled their meeting with Spain.