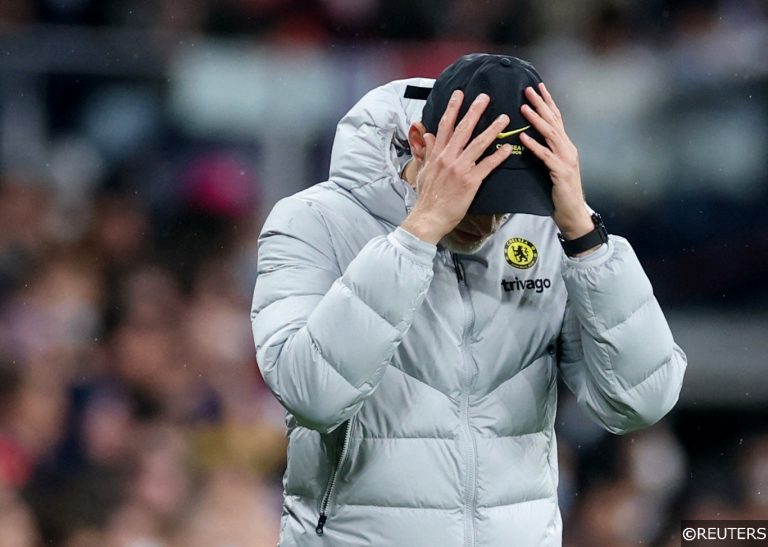 Chelsea have made the stunning decision to sack manager Thomas Tuchel following Tuesday’s Champions League defeat at Dinamo Zagreb and Graham Potter has quickly been installed as the favourite to succeed the German.

The former Borussia Dortmund and Paris Saint-Germain boss also led the club to both domestic cup finals last season, losing out to Liverpool in both the EFL Cup and FA Cup.

Chelsea have had a mixed start to the new Premier League season with 10 points from six games – leaving them five points adrift of early pacesetters Arsenal – and the Stamford Bridge outfit have now made the surprise move to part company with Tuchel after Tuesday’s 1-0 defeat in Croatia in the opening round of Champions League games.

Axing the manager now looks a huge risk given Tuchel has overseen a summer of recruitment and only time will tell if Chelsea have made the right move.

Chelsea say they will move “swiftly to appoint a new head coach” and we’ve taken a look at the early favourites to replace Tuchel.

Brighton boss Graham Potter leads the betting after impressing during his time in charge of Albion, who have made an excellent start to the new Premier League season. A move to Chelsea would be a step up for Potter, and Brighton will of course be keen to keep hold of their manager. However, Potter has quickly moved into the position as the favourite to be the club’s next permanent manager and it may well be that he is their top target.

Mauricio Pochettino is on the hunt for a new club after leaving PSG in July and he does have plenty of experience in the Premier League after spending five years in charge of Spurs, following a spell in charge of Southampton. Pochettino was heavily linked with Manchester United prior to Erik ten Hag’s arrival and looks an obvious choice, given his previous success in England and the fact he is currently unattached. Pochettino was initially installed as the favourite but quickly dropped behind Potter in the betting.

Brendan Rodgers spent time on the coaching staff at Stamford Bridge in the early stages of his coaching career and is currently in charge of Leicester City. Rodgers may well be open to a move away from the Foxes after voicing his frustrations at their transfer dealings over the summer.