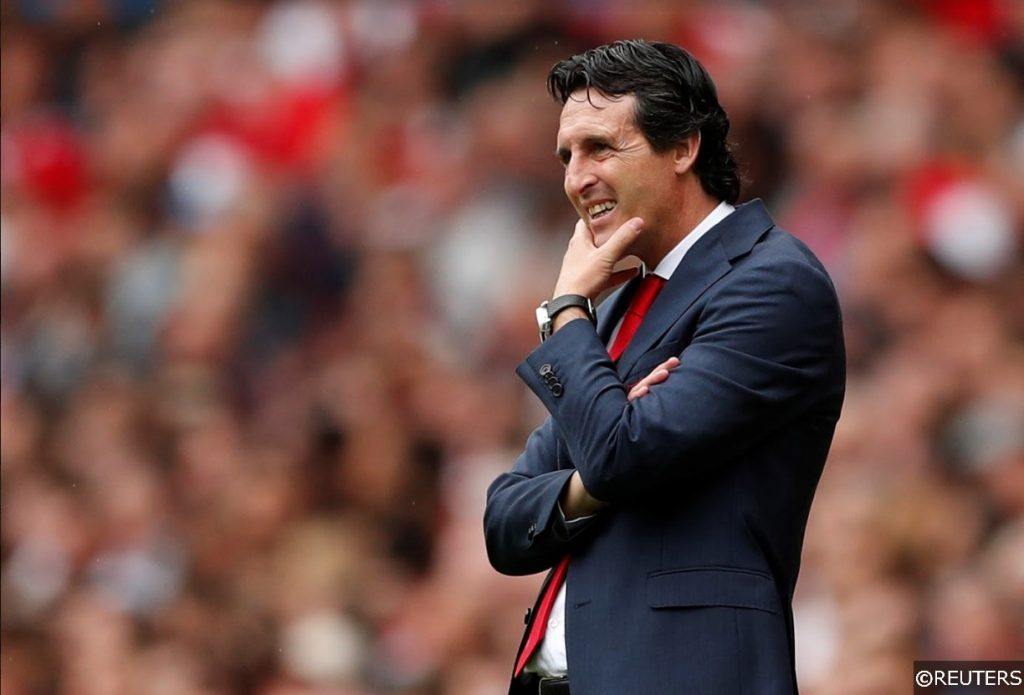 For Arsenal, 2018/19 was a campaign that was largely in keeping with the frustrating patterns of inconsistency woven by the club over the last decade in the Premier League.

In the Gunners’ first year post-Wenger, a fresh, more flexible tactical identity was implemented by new coach Unai Emery, but despite a promising start that included a 14-match unbeaten run between August and December, Arsenal eventually ended the season with a double-dose of heartbreak.

After winning just 1 of their final 5 Premier League fixtures, Arsenal missed out on a top 4 finish for the 3rd year in a row, and the Gunners’ misery was further compounded by their 4-1 Europa League Final defeat to London rivals Chelsea on a harrowing night in Azerbaijan.

However, despite their collapse at the final hurdle last season, there was plenty to suggest that Arsenal are moving in a more positive direction under Emery.

If the Gunners’ progression under the experienced Spanish manager continues at the same pace this year, a Premier League top 4 finish could finally be reclaimed.

Find out what we’re predicting for Arsenal in our Premier League Winners and Top 4 Betting Tips.

William Saliba – Saint Etienne – £27m (loaned back for a year)

Keep up to date with all the latest daily transfer news here, and find a list of every confirmed Premier League transfer here. 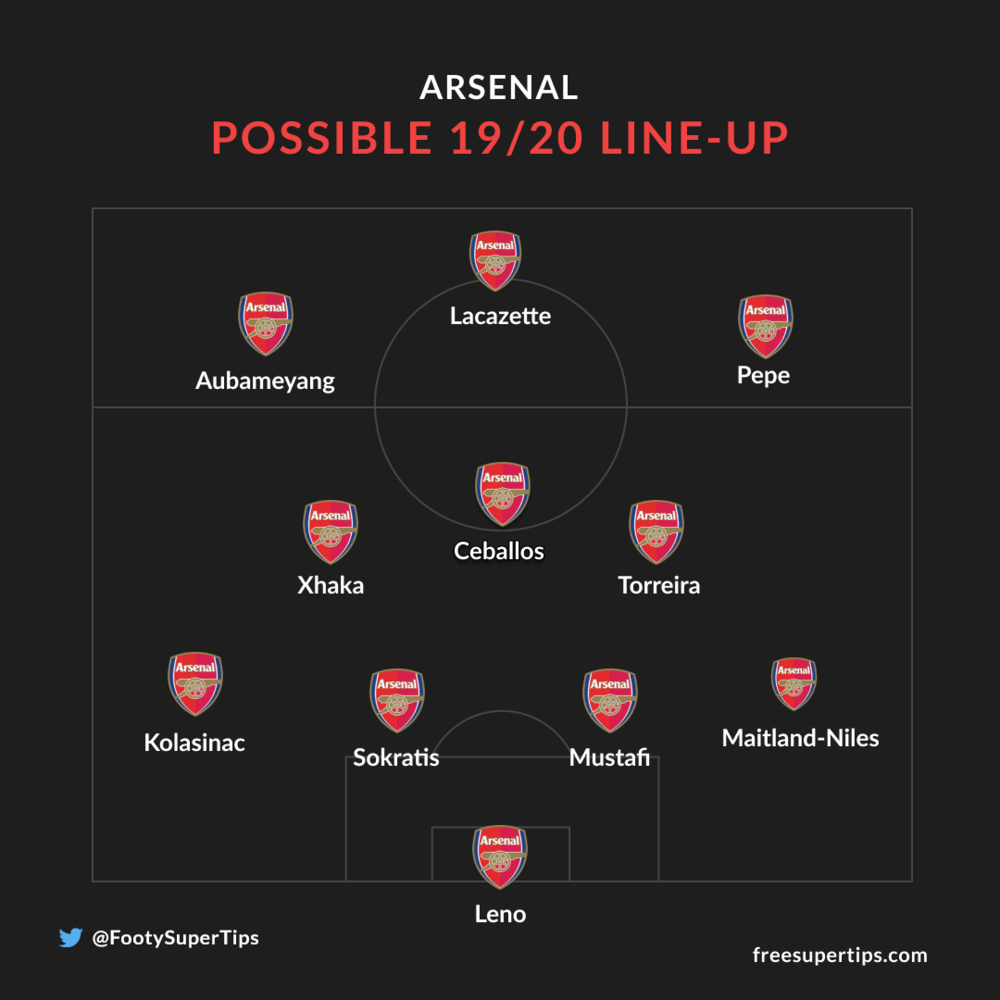 Highly-rated creative midfielder Dani Ceballos excelled for Spain during their successful European U21 Championships this summer, sparking a scramble for his services in the weeks that followed.

Arsenal eventually managed to win the race for the Real Madrid youngster’s temporary signature, and though there is some concern amongst the Gunners’ support about the nature of the deal, the 22-year old’s technical talents should quickly help him to win them over.

Arsenal are on the cusp of completing a club record deal for Lille’s in-demand Ivorian wide attacker Nicolas Pepe in a move that is expected to cost the Gunners in the region of £72m.

The 24-year old, who notched an incredible 22 goals and 11 assists from the right flank in Ligue 1 last season, is expected to deployed in the same position for Arsenal in the Premier League, and Unai Emery will hope that Pepe can provide the kind of thrust from that area that Henrikh Mkhitaryan and Mesut Ozil so often failed to over the past year.

At the other end of the pitch however, Arsenal have so far failed to reinforce their notoriously fragile defence.

The Gunners’ shipped 51 Premier League goals in 2018/19, a figure that matched their goals conceded number from the previous season under Arsene Wenger exactly.

Remarkably, Arsenal kept just a single clean sheet away from home in the league last term – a total that made them the worst performing team in the division on the road for that metric overall.

Worryingly, as things stand at least, Arsenal face entering the new Premier League season with a defence that looks weaker than it did last year.

Long-serving centre-half Laurent Koscielny controversially refused to travel on the club’s pre-season tour earlier this summer in his attempts to force a move away from the Emirates, while the talented young French defender William Saliba will stay at Saint Etienne for one more year after Arsenal paid £27m to sign him. 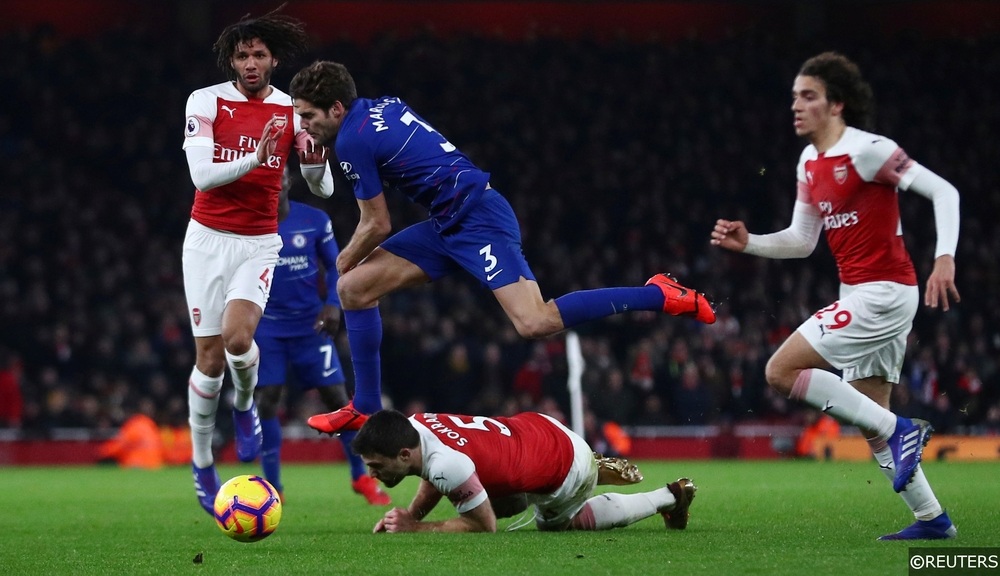 In a season of highly contrasting performances and results, Arsenal finished the 2018/19 campaign with the Premier League’s 3rd best home and the 8th best away record.

The Gunners won just 7 of their 19 Premier League away games last season and finished with a dismal -4 goal difference from their matches on the road.

At the Emirates, Arsenal went a full 16 games unbeaten between their opening day defeat at home to Manchester City and their surprise 2-3 reverse to Crystal Palace in late April, but despite excelling in front of their own fans for large swathes of the season, the Gunners continued to underperform away from North London.

Finding a way to drag his team’s away performances to acceptable levels will be one of Unai Emery’s main priorities in 2019/20.

With managerial uncertainty and transfer market frustration combining to create potentially serious complications for their nearest rivals, Arsenal could be presented with a fantastic opportunity to snatch 4th place this season.

Manchester United and Chelsea have vastly inexperienced men at the helm ahead of the new campaign in Ole Gunnar Solskjaer and Frank Lampard, and with the clubs also enduring difficult summers for differing reasons in the transfer market, Arsenal look well placed to take advantage.

Even with their aforementioned defensive problems acknowledged, Arsenal have the firepower to out-gun both United and Chelsea, and the goal-scoring potential in their squad makes them brilliant value at 6/5 to take 4th place next season.

Pierre-Emerick Aubameyang quickly established himself as one of the Premier League’s most deadly finishers after he swapped Borussia Dortmund for Arsenal in 2018.

The Gabonese international has been in sensational goal-getting form since his £56m transfer from the Bundesliga, hitting the net 32 times in just 49 Premier League appearance in total over the past 18 months.

Aubameyang shared the Gold Boot with Mohamed Salah and Sadio Mane in 2019/20, and his 22 goal haul meant that the 30-year old had passed the 20 league goal mark in each of his last 4 seasons.

Despite his incredible consistency in front of goal, Aubameyang continues to fly under the radar a little, with Salah, Harry Kane and Sergio Aguero all heralded and championed more often than the former Dortmund star.

That under-appreciation of the Arsenal attackers’ ability is reflected in the bookmakers’ early odds for next season’s top scorer gong, and Aubameyang is priced incredibly generously at 8-1 as the 4th favourite to top the charts again next year.