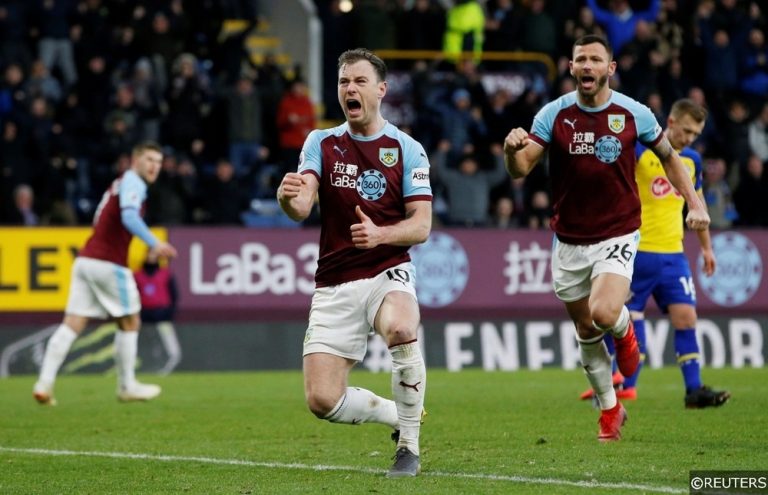 Burnley kick off their fourth successive season in the top flight aiming for safety once again. The Clarets finished 15th in the league back in May after a season which saw them hanging around the bottom three.

Many predicted trouble for the Clarets, but that was brought on by the prospect of a long European run. They barely featured in the Europa League after going out in August, so the problems which plagued them last season are likely to crop up again in 2019/20.

Last year was by far their worst season in the top flight defensively since they returned to this level in 2016. After shipping 68 goals throughout the last campaign, Sean Dyche will be looking to put that right as they chase a return to the form which brought them into the top seven two seasons ago.

It feels like a make or break campaign for the Clarets now, as they look to fix last season’s issues. However, can they kick on and secure their longest stay at the highest level since 1971?

Head to our tips page to find today’s football prediction and our latest accumulators. 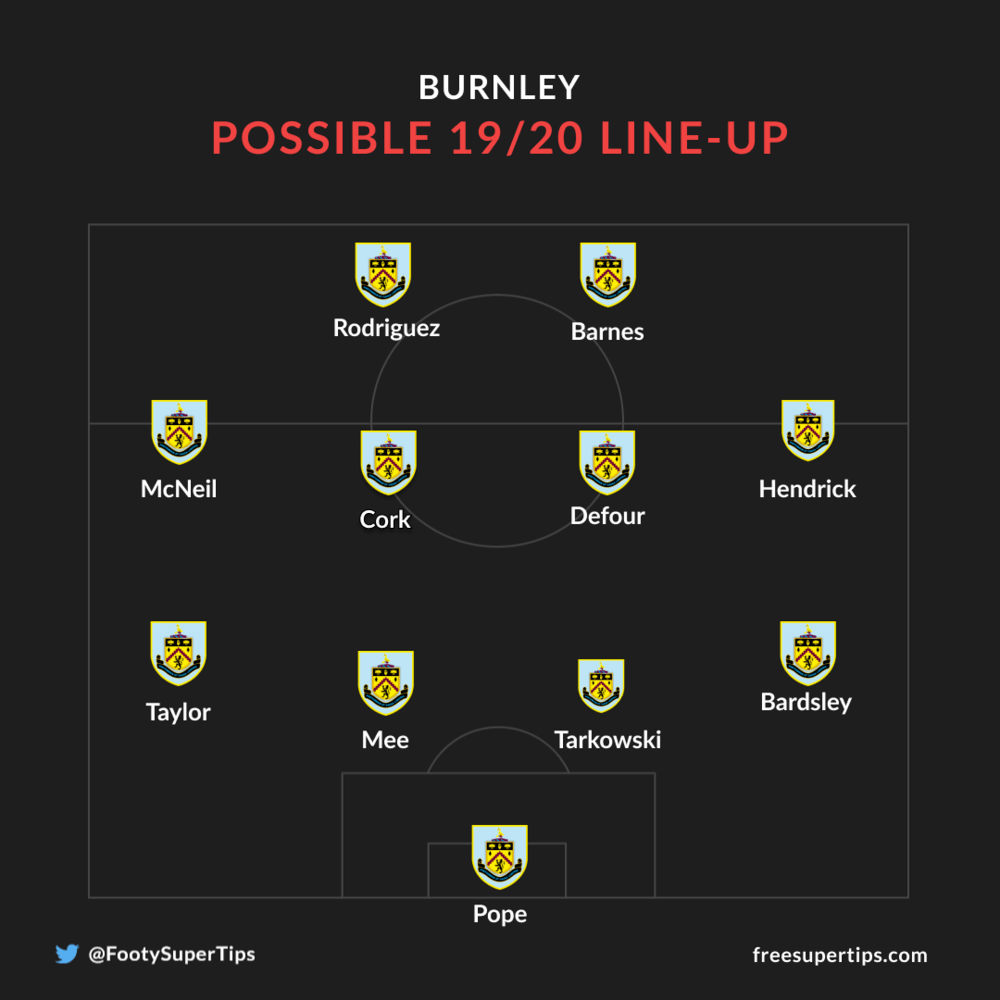 A real bright spark from last season was 19-year-old winger Dwight McNeil. He managed to break into the Burnley team by the end of the season, amassing 19 starts in the league. He had a hand in eight goals last term, which is a decent return for a young winger in a conservative team.

Dyche hasn’t had much of a reputation for developing players from within Burnley’s academy but McNeil could change that. He signed at Turf Moor at just 14, making his first Premier League start in May 2018. After a great breakthrough season, McNeil could be vital in taking Burnley up a gear this term.

McNeil led the way in terms of dribbles per game for Burnley, while he was among the leaders in shots per game for the Clarets. His impact on the team overall was clear, as 41% of attacks last season came from the left-wing. He gives the team a new dimension going forward. As you can see below, that could be crucial this term. 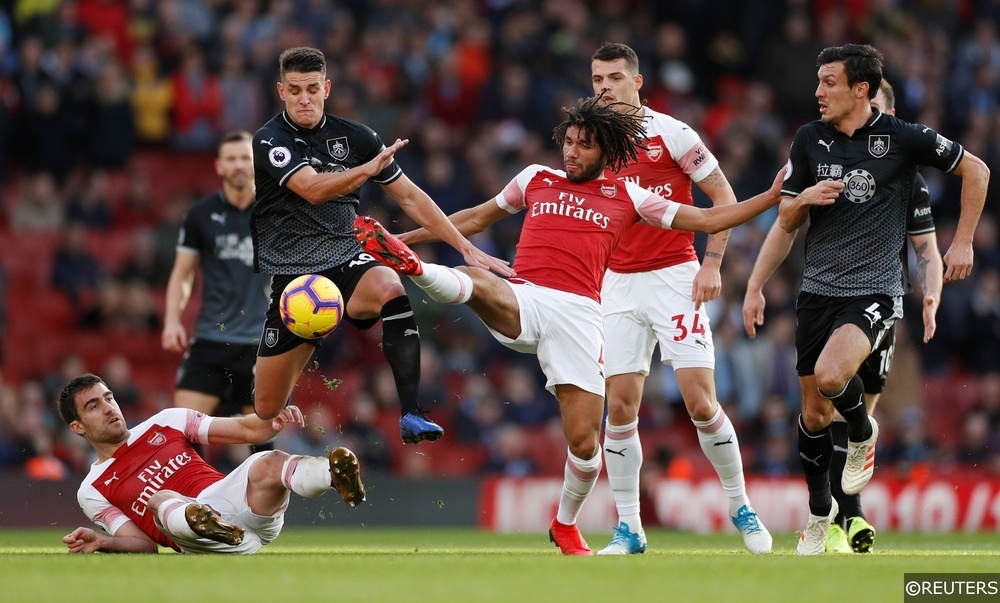 Burnley are closing in on established Premier League status. They’re emulating the Stoke rise under Tony Pulis, while most pundits expect them to survive for another season. However, the Clarets have managed to make it this far based on a specific style. They’ve consistently been among the worst sides in terms of allowing shots on goal, which has appeared to be a deliberate tactic. Last term no side conceded more shots against than Burnley.

Burnley have done well in the top flight despite conceding plenty of shots to opponents. However, it appeared to backfire last term. They had the second-worst record in terms of Expected Goals Against last season. Not only did they concede far too many goals in 2018/19, but the numbers suggest it was no minor blip. The Clarets risk plunging themselves into danger unless they can change their habits.

Burnley haven’t made big signings that could transform their approach. Landing Erik Pieters from Stoke suggests more of the same, while Jay Rodriguez has been a long term target. Arguably they need players who are a little more comfortable on the ball, which would take the pressure off a long-suffering defence. As things stand there’s little sense of a change from within at Turf Moor, given how they’ve managed to stay in the top flight. However, with vultures swirling for some of their defensive talents, Dyche may be forced into a new approach sooner rather than later.

Can Dyche Get Creative? 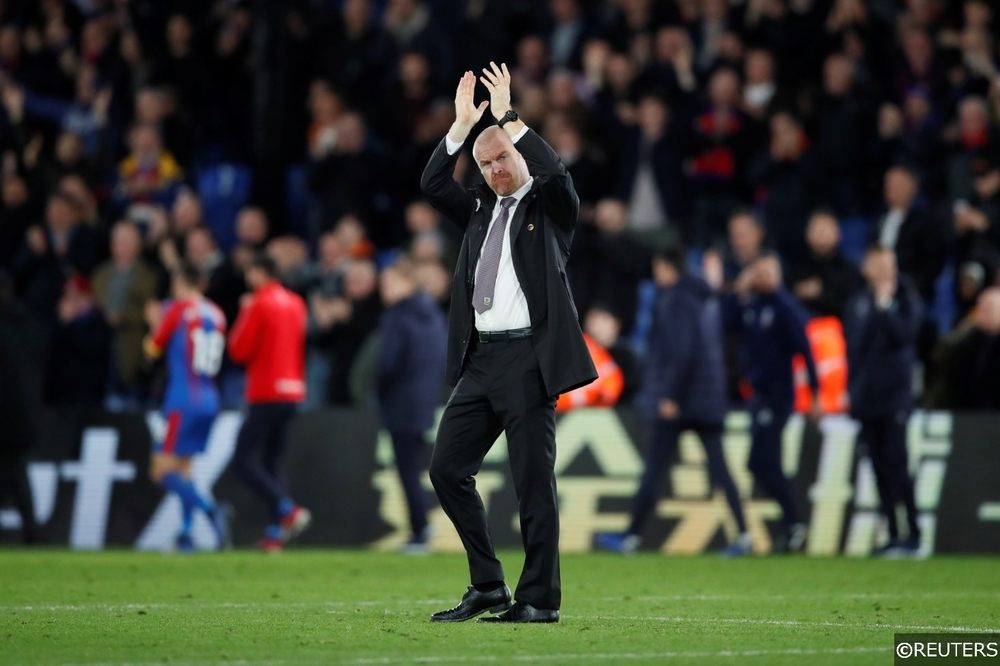 However the Clarets decide to approach the new campaign, they need to find a new way to create chances. While Jay Rodriguez gives them another option going forward, the strikers all need service to be effective. If Burnley can’t start creating more chances for their players then they could slip further down the table.

Last season Burnley took the fewest shots of any Premier League side. They hit just 226 attempts, which works out at less than six per game. Given that record, it’s no surprise they relied on their strikers to carry them. Outside of Barnes and Woods, no Burnley player managed more than three league goals.

The Clarets had the second-highest reliance on set pieces in their Expected Goals tally, with 37% coming from set plays. That’s a great skill to have in a league where managers tend to neglect that part of the game. However, they need more options if they’re going to improve this term. One area which could be improved is their counter-attacking.

Given how often they welcome teams to attack, you’d think that the Clarets would spring forward on the break. However, they scored just once on the counter this term. Their issue is a lack of tempo; they were one of the slowest teams in the league in terms of speed progressing up the pitch. When you can’t keep possession or move quickly with the ball you’re likely to be in trouble. It’ll require another big season from the front two to keep them safe.

Take a look at the picks for the drop in our Premier League Relegation Predictions.

We don’t expect Burnley to make radical changes, with the biggest shift the presence of Dwight McNeil on the wing. That should create more scoring opportunities, which will have to be finished off by the forwards. While Dyche needs to get his defence going again, he just needs more of the same from the front two. After hitting 12 goals last season, Ashley Barnes will be seen as the key man in attack, despite the £10m arrival of Jay Rodriguez.

The new signing hasn’t got the greatest Premier League record, scoring 33 times in 141 top-flight appearances. That doesn’t suggest that he’ll rival Barnes in the scoring stakes given that he’s hitting 0.23 goals per game. Meanwhile, Burnley are going to need another strong campaign from the Austrian, unless Chris Wood can continue to overperform. Last term he scored 10 goals with an xG of just over nine, while he finished two goals shy of Barnes despite playing more minutes.

Given Burnley’s limited chance creation, Barnes was considered one of the league’s most clinical finishers last season. He had an xG of 0.52 per 90 minutes, better than a goal every other game. Meanwhile, Opta Stats show that most of his goals came in spite of high pressure from opposition defenders and with a restricted view of goal. He continues to hone his finishing ability in a side which is increasingly built around him. He’s improved his goal tally year-on-year in the top flight since Burnley’s last promotion. However, even matching last season’s tally should see him finish as the Clarets’ top striker. Despite that, he’s been pushed out to third favourite to be Burnley’s leading Premier League scorer.

See the latest arrivals and departures in our daily transfer news.