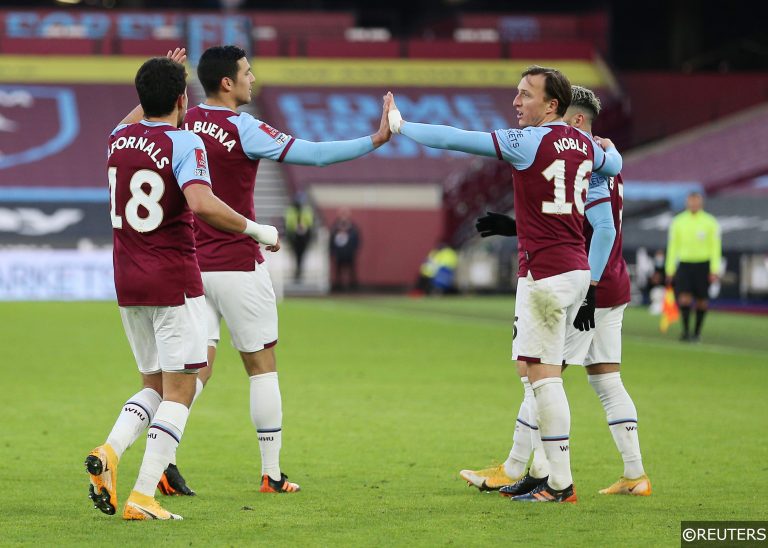 We’ve reached the business end of the 2020/21 Premier League campaign, and with just a handful of fixtures left to navigate, it’s an ideal time to revisit the top four, top six finish and relegation betting markets.

Manchester City have disappeared over the horizon with the Premier League title, but behind the silverware-hungry Citizens, several contenders are still in the shakeup for top four and top six berths.

Nearer the foot of the table, the situation looks far more cut and dry however, with Fulham and WBA odds on favourites to join Sheffield United in the second tier next season.

However, the tight six-point spread between Leicester in third and Tottenham in seventh should ensure the scramble for the remaining Champions League qualification places is intense.

If the Foxes win their game in hand at home to Crystal Palace on Monday evening, then the seven-point cushion that would create over West Ham in fifth would feel massive with five matches to play, leaving four clubs to battle it out for the remaining position.

Soon to be dethroned Liverpool have endured a catastrophic campaign by their own high standards, though a favourable set of circumstances could allow the Reds to salvage a top-four finish from the season.

Chelsea – the current occupiers of the position – have continental distractions to juggle alongside a taxing looking Premier League run in that includes fixtures against Manchester, Arsenal and Leicester.

West Ham – currently residing in fifth – are already showing signs that their fairy-tale push for fourth will fall short, while Tottenham are in a state of flux following the sacking of Jose Mourinho.

Liverpool meanwhile, close out the season with matches against Southampton, WBA, Burnley and Crystal Palace once they are finished playing Man Utd at Old Trafford next week, and that final flurry of games looks potentially points-laden. The Merseysiders’ Champions League exit also means that their squad might not be as stretched as it might have been, and the extra freshness in the camp could prove vital. 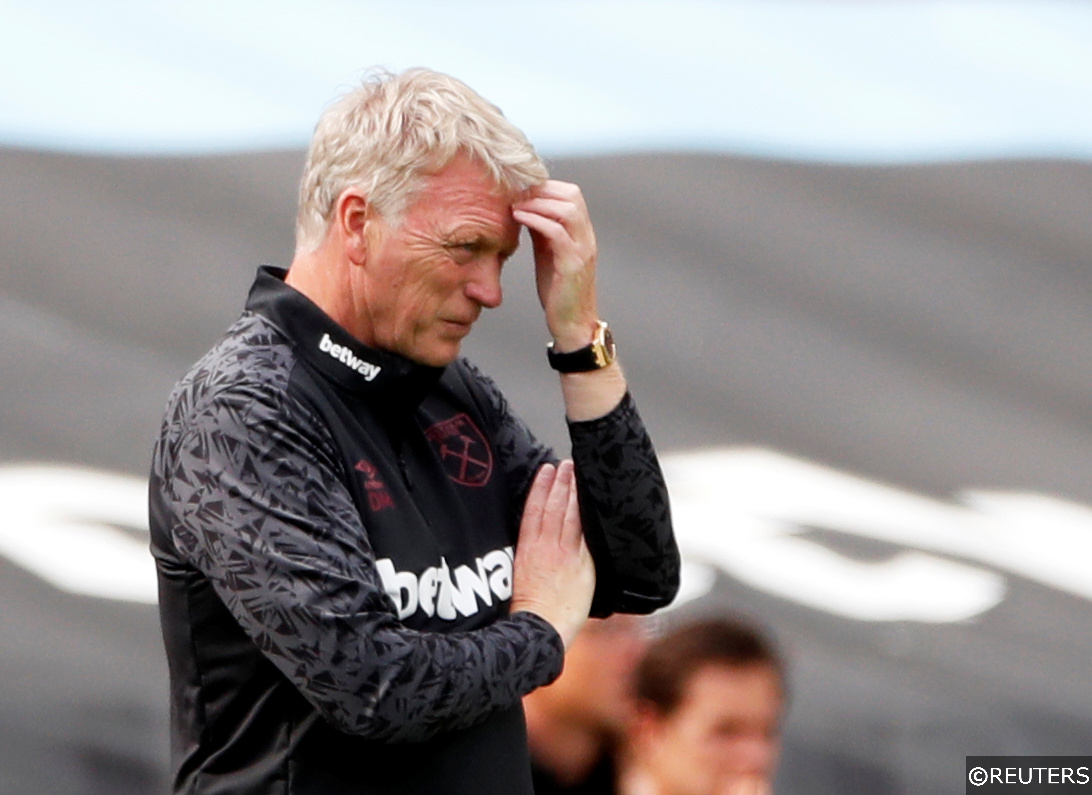 The candidates for a top six finish could really be split into two categories – teams that would see a place in either 5th or 6th position as a success (Tottenham and Everton) and those that would consider it a less welcome consolation prize (Leicester, Chelsea, Liverpool and West Ham).

With Leicester priced and placed out of the picture, Chelsea a shoe-in to finish sixth or higher and Liverpool tipped to steal a place in the top-four, David Moyes’ West Ham look the most backable team in the top six market.

West Ham have defied the odds to join the division’s front runners this season, and while the Irons could eventually fall short in their quest to make the Champions League, a top-six finish and a return to continental football via the Europa League would represent fitting reward for their superb work in 2020/21, once the dust settled on any initial heartache.

Back-to-back defeats to Newcastle and Chelsea will have wobbled the Hammers’ confidence a little, though their run in has the potential to be relatively turbulence free between now and the end of May.

While there are no easy games in the Premier League, West Ham’s final matches do look less menacing than some of their top-six rivals, with matches against Burnley, Everton, Brighton, West Brom and Southampton to come.

The Irons’ skirmish with Everton in London on May 5 against David Moyes’ old club should prove pivotal, though we’re backing West Ham to cap their impressive season with their highest league finish since 1999. 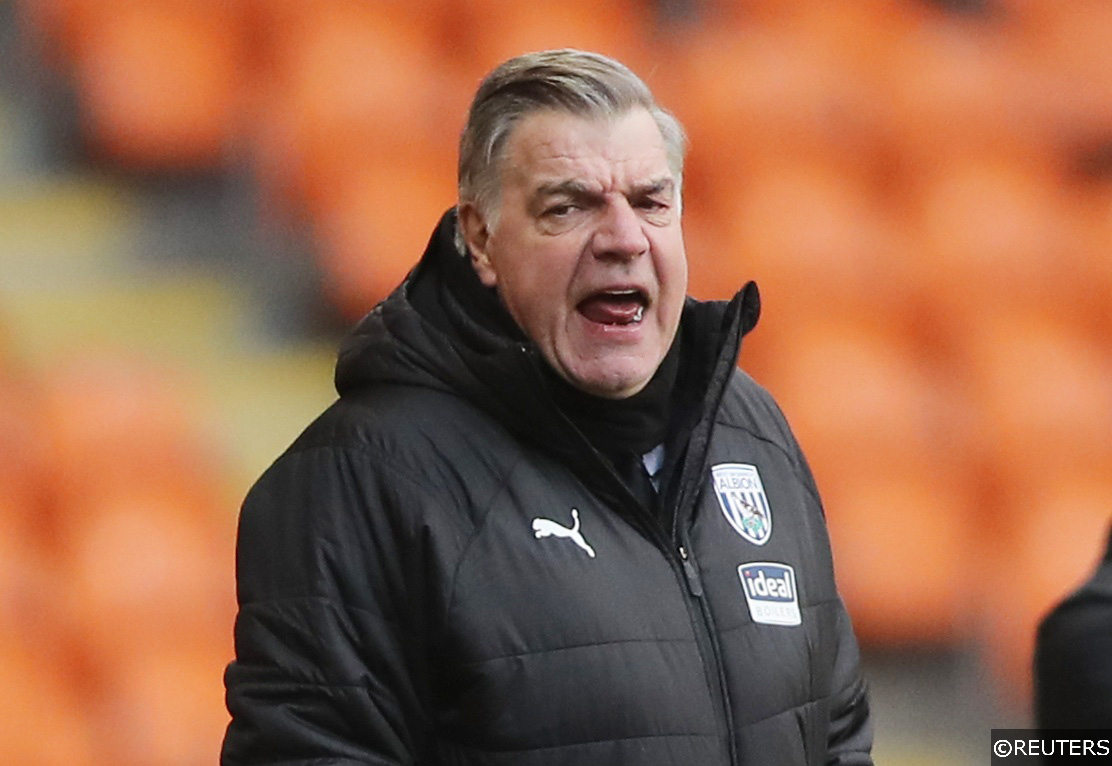 With Norwich City and Watford rebounding to the Premier League and WBA and Fulham set to drop straight back down, the term “yo-yo clubs” has never felt more relevant, and in truth this season’s relegation battle has never felt more than a light skirmish.

Sheffield United have been comfortably the worst team in the division from the opening weekend, while WBA and Fulham have never threatened to establish themselves as a top-flight force.

Fulham and West Brom destined for the drop

With Sheffield United’s return to the Championship already confirmed, two of last year’s promoted sides – WBA and Fulham – look destined to join the Blades in the second-tier in August.

The Baggies have shown some fight under Sam Allardyce, though their rally in the last quarter of the campaign was too little, too late and the nine-point gap between Albion and safety will be too much to claw back with five games left to contest.

Likewise, Fulham had flirted with the idea of a great escape just after the turn of the year, though the Cottagers’ results have returned to relegation standard more recently and they look ill-equipped to breach the current seven-point difference to Brighton in 17th.

The Seagulls – who became just the fifth team this season to lose to Sheffield United on Saturday, have an incredible difficult run in to negotiate, with matches against Leeds, Wolves, West Ham, Man City and Arsenal – though a single victory from their final five fixtures should be enough to allay any lingering relegation fears on the south coast.

FST on fire with SIX more winners on Sunday!

66/1 Mega Acca one of FIVE wins on Thursday