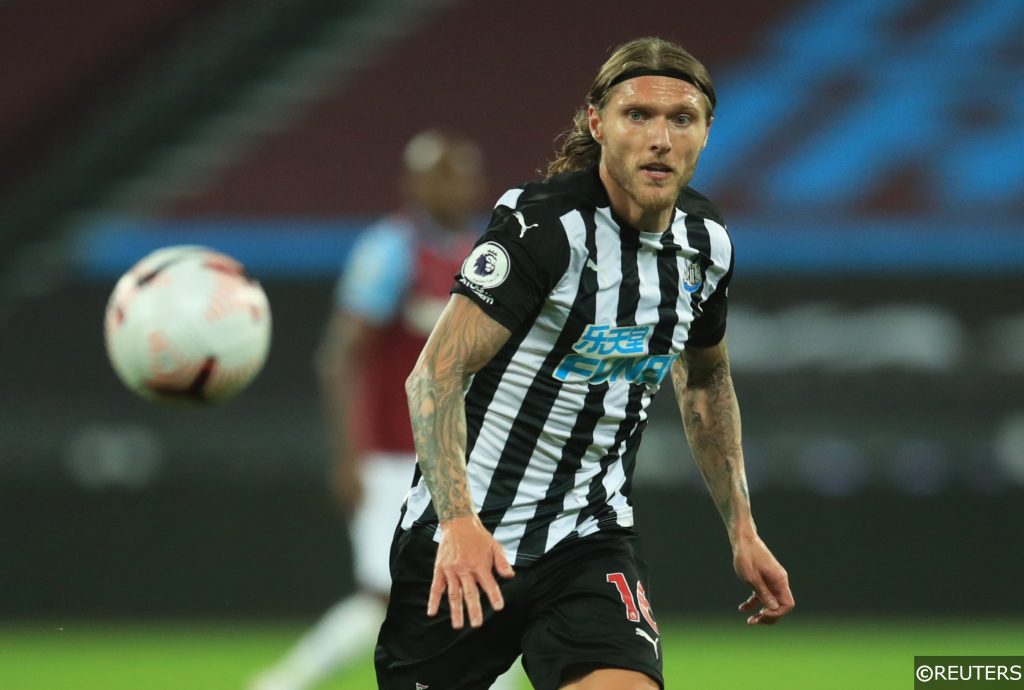 We will update our list each week with fresh, relevant data before each new round of matches, so make sure to bookmark this page.

Winless Sheffield United are aiming to pull themselves out of their early-season rut at home to a Manchester City team finding form.

With a mounting crisis at centre-half, Liverpool will be looking to their forwards to produce some match-winning magic when the Reds welcome West Ham to Anfield.

Two teams playing with confidence square off at Villa Park when Ralph Hasenhüttl takes his slick Saints to play Aston Villa on Sunday.

Early pace-setters Everton need a win to hang on to top spot when they make the trek across to play Newcastle at St. James’ Park.

Fresh from mid-week success in Europe, both Man Utd and Arsenal will hope to maintain their momentum at the other’s expense in this high-profile clash at Old Trafford.

A 5-fold accumulator featuring out Premier League stats selections above is available at 40/1 odds with bet365!

Sky Super 6 predictions and tips – round 10