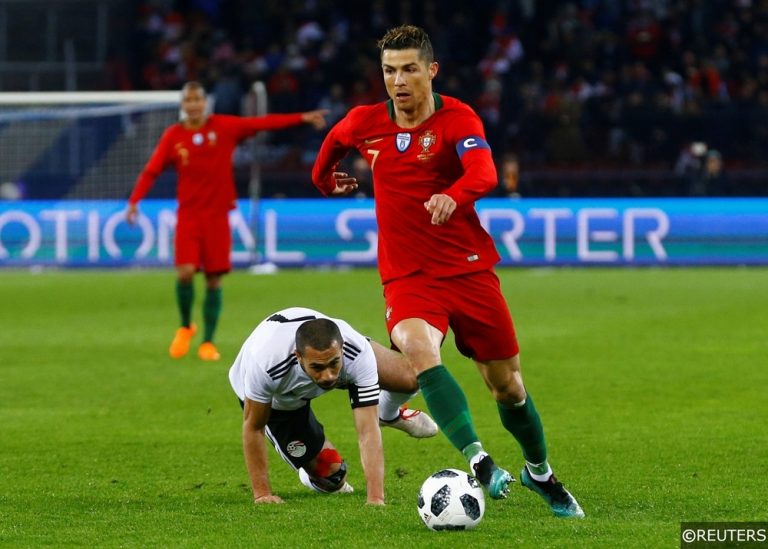 Blur or Oasis, Coca-Cola or Pepsi, Scholes or Gerrard and now Messi or Ronaldo – on which side of the divide do you plant your flag? The debate over which brand of match-winning sorcery you prefer has been raging for what feels like an eternity now. Really, there are two separate and longstanding arguments running alongside each other.

The Messi or Ronaldo question is paralleled closely by a further extension to the query asking whether either of those talismanic footballing demigods is in fact, the greatest player to have ever kicked leather in anger.

Both players have their disciples, unwavering in their fanaticism, though a large chunk of public opinion seems to sway back and forth between the two, influenced by which player had the better performance in their most recent game.

It’s reminiscent of the scene from the movie Hook when the Lost Boys are caught in a dramatic to-and-fro while trying to decide whether they want throw their lot in with Rufio or the hairy knuckled, reluctant hero Peter Pan.

There are of course, those who sit in the middle, beseeching the world to appreciate both players equally, but they are just kidding themselves in an attempt to appear level-headed and objective. Everyone has a favourite.

If you haven’t decided, it’s important to settle on a choice now before the apocalypse comes and you’re left without a faction to align with. You don’t want to get caught in the crossfire when the Messi Marauders and the Ronaldo Renegades do battle over the world’s last remaining resources.

Right now, Ronaldo’s stock seems a little higher than Messi’s, undoubtedly as a result of their respective performances in Portugal’s and Argentina’s opening 2018 World Cup Group matches.  In a contest where the Portuguese were largely dominated by their Iberian neighbours Spain, Ronaldo scored a scarcely believable point-saving free kick to complete a hattrick.

In contrast, Messi looked out of sorts as Argentina struggled to find their rhythm against a let’s say, “physically expressive” Iceland team. His missed penalty just after the hour mark was the black cherry on top of a nightmarish mess for the number ten.

The weight of expectation on both Ronaldo’s and Messi’s shoulders is difficult to comprehend, but while the Portuguese revelled in carrying the hopes of an entire nation against Spain, Lionel seemed to wilt against Iceland. Still, the roles each player must play this week, superhuman and subhuman, could easily be reversed after match day two.

As always, the Twitterati have been having their say:

Who’s better Messi or Ronaldo? If we’re going off stats only then Ronaldo is the best in the world no debate.

Messi is easily the better player I’m compared to Ronaldo. Ronaldo is the better scorer and not by much. Every other thing on the field Messi does better.

Trust Ronaldo scores goals irrespective of the opposition. If Ronaldo had that penalty against that film maker of a keeper, it’s all over before it began. Ronaldo can score through set pieces or take outside shots. Messi is just restricted to this his one style of play

It doesn’t matter what narrative you want to spin on it, the fact that is Lionel Messi has played for better teams (Barcelona and Argentina) than Cristiano Ronaldo (Sporting, Manchester United, Real Madrid and Portugal) has.

If you deny it, you’re either lying or ignorant.

Ronaldo all day any day.. Real debate should be Messi or kane for second best. #RONALDO #GOAT

Ronaldo doesn’t need the Ball because he’s only a threat in the penalty box.. all he does is score tap ins or penalties while Messi impacts the whole game… that’s why coaches always say Messi is the best ever while only fanboys on twitter think Ronaldo is better

Portugal play Morocco in their second Group B match in Moscow on Wednesday afternoon and the world will expect another Ronaldo masterclass against an opponent considerably weaker than Spain.  Argentina and Messi take on Croatia the next day in Novogrod in the showpiece fixture of World Cup Group D.

Already lagging behind his great rival in Russia, Lionel Messi faces the prospect of being even further behind Ronaldo in the match influencing and goalscoring stakes by the time Argentina line-up against a talented Croatia outfit on Thursday. However, one swing of that left foot can shift public opinion back in his favour. The battle between football’s two best players continues to be a fascinating World Cup sub-plot. Which side are you on?