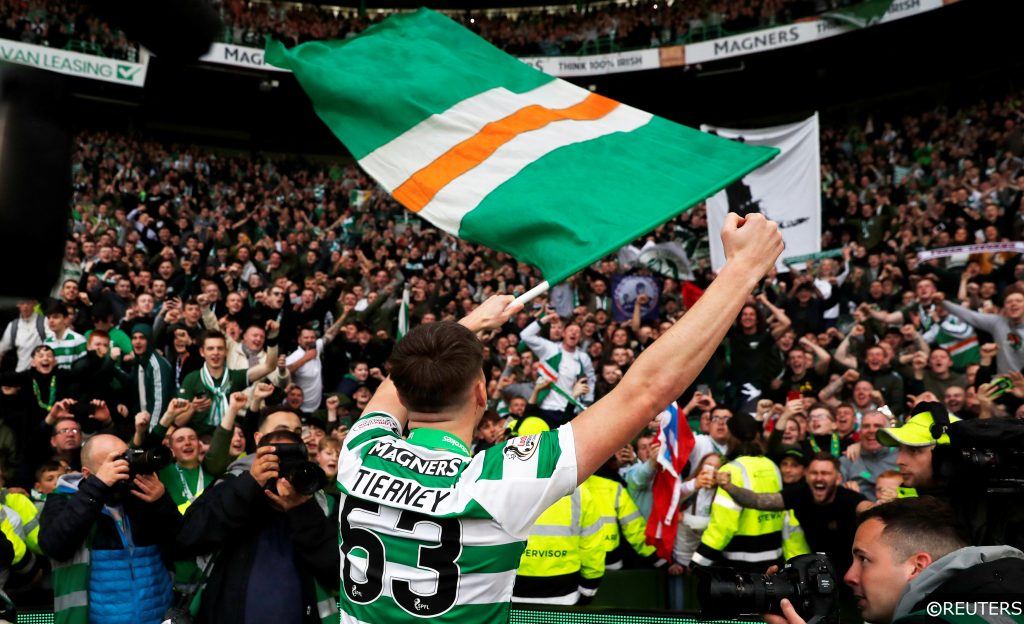 Celtic unsurprisingly claimed yet another Scottish Premiership title last season to make it 8 consecutive league titles, taking their tally to 50 domestic league victories in their history. The Bhoys are now just 4 titles behind arch rivals Rangers, and if they claim another top spot this season they’ll match the record for most consecutive Scottish titles (Celtic 1965-1974, Rangers 1989-1997).

How long can this complete and utter dominance of the Scottish game last? Well, Rangers certainly made some headway last season as they improved on their 2017/18 tally by 8 points, but they still ended up 9 points adrift of The Hoops and will need a vastly improved campaign to compete again. Meanwhile, Aberdeen endured a tough season last year but are expected to be back in the mix for the coming year.

Celtic go into the new season as clear favourites once again after taking the necessary steps to maximise their chances of retaining the league title for a 9th consecutive time.

The Glasgow club had a turbulent end to their 2018/2019 campaign after Brendan Rodgers left for Leicester City in February, with Neil Lennon taking charge for a second time to guide the club to the title. Now Lennon has had a bit of time to settle back into the role they should be in for a more stable period. 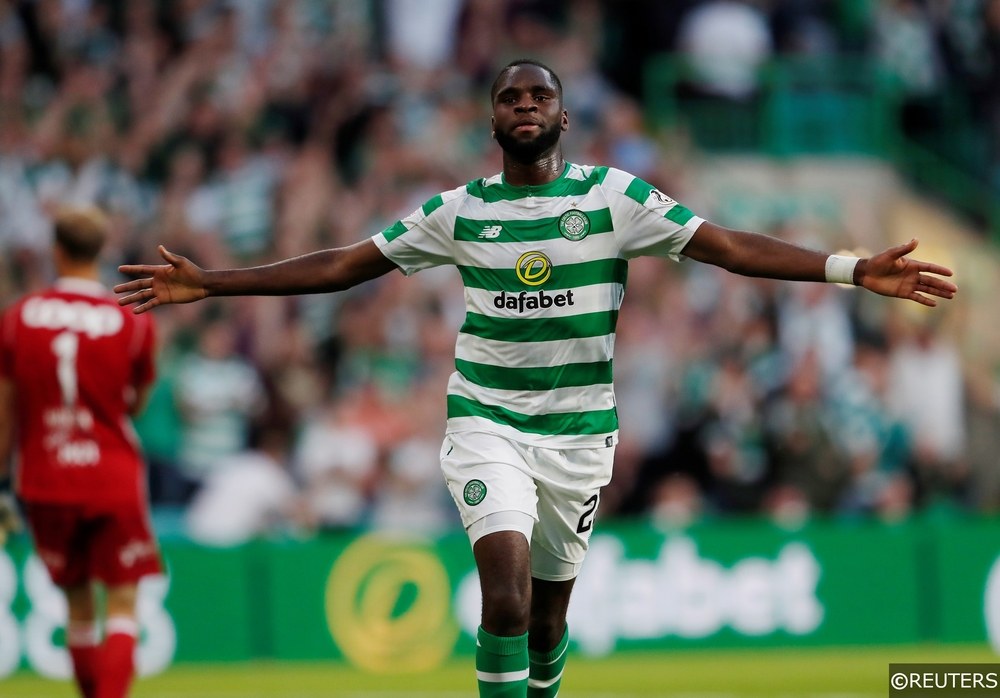 Celtic have also managed to fill the void left by Dedryck Boyata and Filip Benković by splashing the cash on Frenchman Christopher Jullien. The growing concern over a potential Kieran Tierney exit has sparked them into life in that position as well, with Boli Bolingoli coming in as reinforcement.

These transfers, along with the arrival of Luca Connell from Bolton Wanderers and Israeli right-back Hatem Abd Elhamed, should be enough to ensure that Celtic see the season out as champions once again. Although the growing quality in the teams around them- namely Rangers, Aberdeen and Hibs- will make it harder for the Glasgow club to win the league as easily as previous years.

Other clubs might be improving, but the gap between Celtic and the rest of the division is huge. They have won the title by at least 9 points for 8 consecutive seasons now, and back in the 2016/17 campaign they ended with a 30 point cushion over Aberdeen.

The 2018/2019 season was one to forget for Aberdeen and their fans, as the Dons limped to their worst league finish since Derek McInnes took over back in 2013. The club still managed to finish 4th and level on points with 3rd place Kilmarnock, but the 11 point gulf between them and Rangers in 2nd can’t be ignored.

The club made the important decision to extend McInnes and his assistant Tony Docherty’s contracts to 2022, entrusting the pair with the progression of the team going forward. 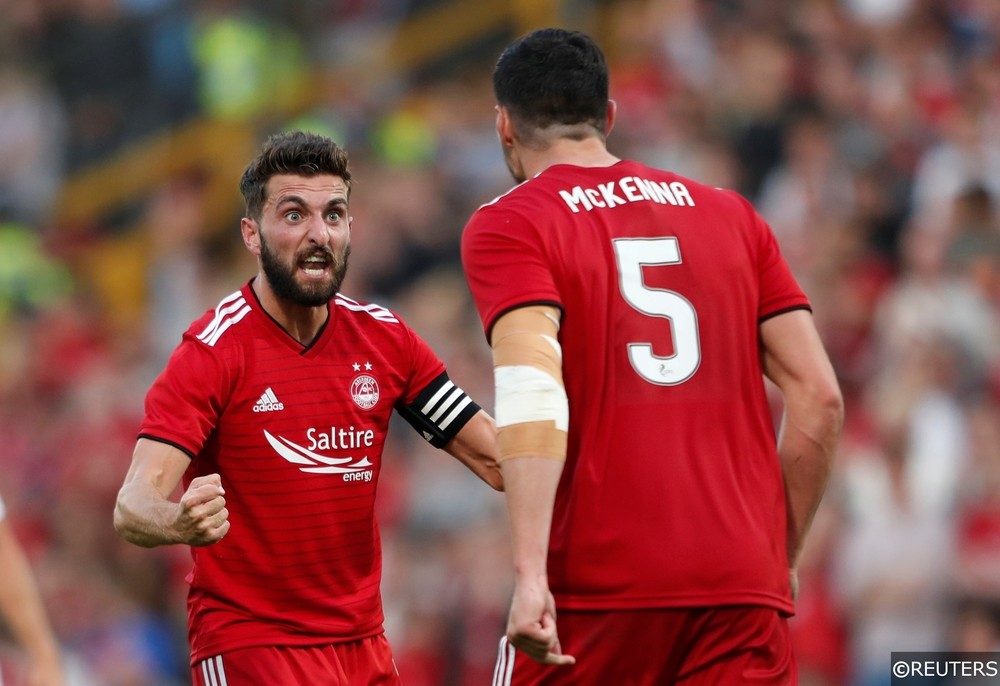 The doubters will bring up the fact that the Pittodrie outfit have lost their captain Graeme Shinnie to Derby County, Mark Reynolds to Dundee United and Gary Mackay-Steven to New York City. However, the club have backed them with a flurry of signings to replace their lost players. This includes a permanent deal for ex-Manchester United striker James Wilson and the signings of Curtis Main and Craig Bryson from Motherwell and Derby respectively.

Aberdeen’s intention is clear: To get back to where they belong and battle it out with Rangers for 2nd place in the hope that Celtic have a rare off-season. Obviously challenging alongside an improving Rangers side will be a tough ask, but it’s important to remember that Aberdeen did beat them to the runners up spot the season before last and have claimed 2nd place in 4 of the last 5 years.

They weren’t at their best last season admittedly, but in reality they aren’t far off Rangers in terms of quality and they have the excellent Sam Cosgrove to draw upon up front. Rangers are being made 1/14 favourites in the Win without Celtic market, leading to a heavily inflated price of 10/1 for Aberdeen. It might be a struggle, but odds of 10/1 are just too good to turn down.

Livingston returned to the Premiership last year after being absent from Scotland’s top flight for 12 years. Whilst everybody had them down as favourites to suffer the drop back to the Championship, Livi proved the doubters wrong by finishing in 9th place and  with a 12 point cushion on the relegation spot.

Gary Holt’s side had their fair share of good fortune earlier on in the season though. A 7-game unbeaten run  that saw them beat Hearts and Rangers gave them a huge advantage in the relegation battle, but this campaign could be more of a struggle.

It’s hard to ignore their downturn in form once that initial adrenaline surge of top flight football wore off. They won just 3 league games between the 22nd December and the end of the season, a run of 20 matches. They also failed to win any of their final 6 games and their only away victory of the season came at the end of August.

Not only that, but the loss of goalkeeper Liam Kelly to QPR and centre-back Craig Halkett to Hearts- arguably two of their best players last seasons- will surely have an effect on the team. We’re expecting the West Lothian side to have a harder time avoiding the drop this time around.

It would be easy to choose either Alfredo Morelos or Odsonne Édouard as the likely winner of next season’s Scottish Premiership top scorer award, purely due to their club’s prestigious status.

Morelos, in fact, did finish as top scorer the last time around with an impressive return of 18 goals and 4 assists, whilst Édouard finished 3rd with 15 goals and 5 assists, although the Frenchman did play 283 fewer minutes than his Rangers rival. 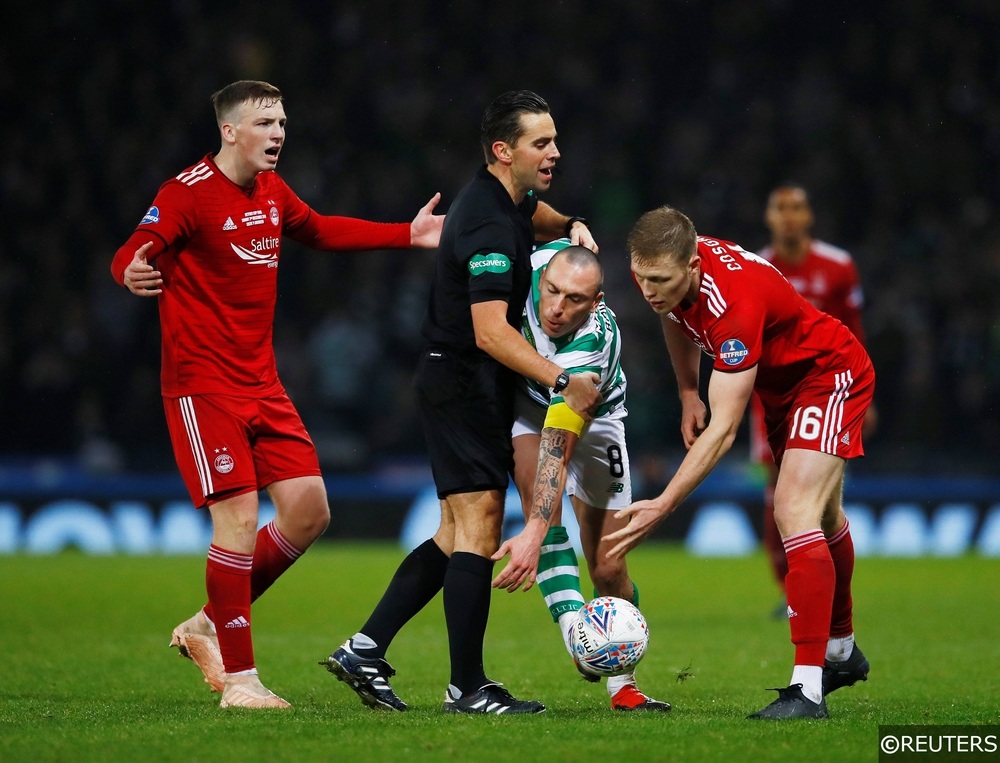 Sam Cosgrove may have played more games than Morelos and Edouard, but it took some time for him to come to terms with top flight action. Prior to last season he’d made just 13 professional appearances after spending his formative years in the Conference divisions. The 22 year old scored just 2 goals in his first 12 Scottish Premiership appearances and only played the full 90 minutes once.

Then he found his feet.

The goals started flowing in December, with him netting 7 goals in a run of 5 games. He eventually ended the season with a tally of 17 league goals, having scored 15 of them in his final 23 games and contributed 30% of Aberdeen’s league goals. With him finally at ease in the Scottish Premiership, we fancy The Dons’ marksman to easily surpass his 2018/19 tally. Considering he only finished a goal behind the walking red card that is Alfredo Morelos, we think he’s a great price to top the scoring charts.

Free Super Tips followers have access to over £1,200 in free bets to help you get the most out of our betting tips.