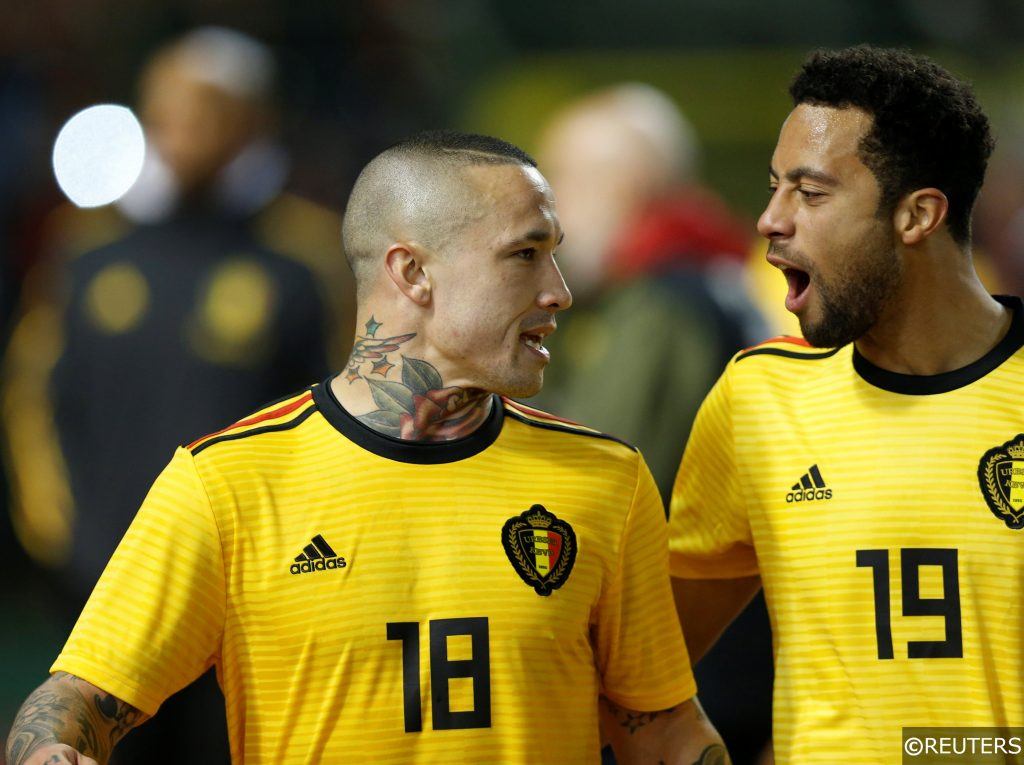 Could Cagliari hit the 100 mark while celebrating European football? That’s the dream for the club who finished up 15th in Serie A last term. It wasn’t the greatest end to the season, but the Sardinian club are entering their centenary season hoping for some major strides on the pitch. After a brilliant transfer window, there’s a genuine belief that they can kick on.

The eye-catching signing of Radja Nainggolan led to hysterics in Sardinia. However, the Belgian’s return is a clear sign of progress. He is set to play a key role in this side while aiming to prove his doubters wrong. It’s a move which looks set to pay off for Cagliari, but just how high can they climb? We’re looking ahead to the new campaign, while we’re also checking out the latest odds on Cagliari across the markets.

For all of our latest tips and analysis of Italian football check out our Serie A Predictions page.

Cagliari are not holding back as we head into the 2019/20 season. They are celebrating their 100th birthday in 2020, but will they cap off the season with a chase for Europe? That’s no longer out of the question for the club following a busy summer of moves in the window. While they’ve limited their summer outlay to just over £20million, the Sardinians have done some serious improvement.

The return of Radja Nainggolan is the big one, with the ex-Inter Milan and Roma player starting off his career with Cagliari. He returns with the fans in raptures about his arrival, with incredible support turning out just to see him arrive at the club. He’s without a doubt too good to be playing for Cagliari, having been forced out by the arrival of Antonio Conte at Inter. A cult hero who can score brilliant goals, create chances and control the midfield is the perfect addition for Cagliari, offering them a little bit extra in every dpeartment. If he stays motivated, this could be the signing of the summer.

The bulk of Cagliari’s summer spending went on Uruguayan midfielder Nehitan Nandez. He arrived from Boca Juniors for £17million, with the all-action midfielder set to strike up a partnership with Nainggolan. Marko Rog has joined from Napoli to beef up the midfield options, while Luca Pellegrini returned to the club on loan fresh from a £20million move to Juventus. With no major outgoings other than Nicolo Barella, the Sardinians are looking strong.

See our Scudetto tip and top scorer pick in our Serie A 2019/20 Outright Predictions.

They’ve added key players to their side, while there are obvious issues which could be improved upon from last season. While they finished up in 15th place back in May, they ended up just three points shy of the top half. There’s not a great deal of distance from the top 10, while they could have made it there with just a little more focus.

Cagliari secured safety and then finished the campaign with one point from their last five games. They could have easily picked up a result or two there with a bit more focus or fortune, which the arrivals of Nainggolan and co. will give them.

They need to start showing more consistency on the road to get there, while results at home to the top 10 could improve. However, those are games which require leadership and depth in talent, so Cagliari’s transfer business so far has set them up to have a stronger year in 2019/20.

Hopes for the New Campaign

Cagliari obviously expect progress given the money they’ve invested, but just how far can they go? In a league which saw Atalanta finish ahead of the Milan and Rome clubs back in May, Cagliari can dream about the top six. They already do a lot of things well, as forward Leonardo Pavoletti hit 16 goals in 32 appearances last term. With better service expected we can see him adding to that strong tally and firing Cagliari up the table.
40/1
Serie A Top Scorer - Leonardo Pavoletti
Bet here

They’ve replaced Barella and then added to the midfield, while their signings all point towards the club pushing ahead with a 4-3-1-2 formation again. That allows for support at full-back, bombing runs on from midfield and plenty of support around Pavoletti. That leaves the club with plenty to get excited about on the eve of the new campaign.

The hosts have a great chance to get off to a strong start. We’ve already looked at their opener in our Cagliari vs Brescia Predictions, but that clash is followed up by meetings with Genoa, Verona, SPAL and Bologna in their first six at home. They could turn the Sardegna Arena into a tough place to go, while that run gives them the chance to bed in their new signings early on.

The likes of Pellegrini and Nandez are likely to be just as crucial for Cagliari, but Nainggolan comes as the talismanic figure. He will be a crucial part of what the Sardinians are trying to do, while he can produce defining moments to decide games. We think the impact of his signing and the wider window at Cagliari can’t be underestimated, so we’re backing them for a strong year.