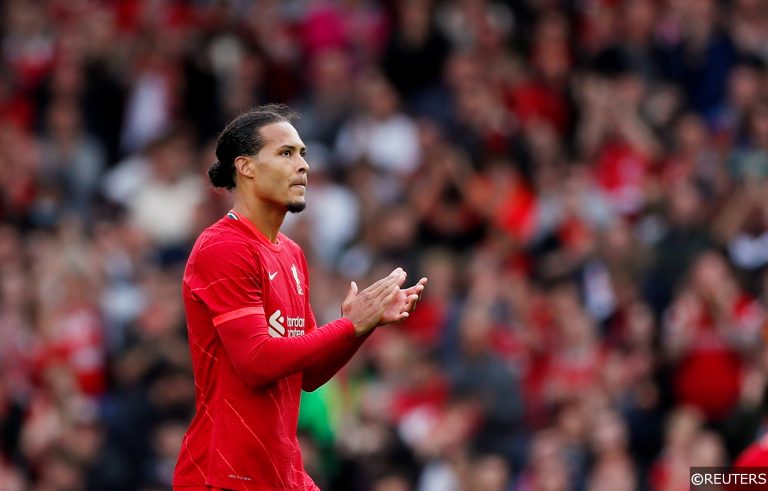 The first piece of major silverware is up for grabs at Wembley on Sunday and with Liverpool looking to become the most successful side in League Cup history we’ve rounded up the opinions of six top tipsters ahead of the Carabao Cup Final, asking them to give us their best bet alongside a longshot they fancy.

If you want FST’s advice, head over to our Liverpool vs Chelsea prediction for all our analysis. We also have a 112/1 bet builder put together for the game, while read on to find the best value singles on Sunday’s showpiece clash.

Best bet – Chelsea to lift the trophy at 6/5

Liverpool are undeniably in spectacular form, especially following their utter demolition of Leeds in midweek, but it could be worth backing the underdogs to lift the trophy on Sunday.

Thomas Tuchel has avoided defeat in all three of his meetings with Jurgen Klopp since arriving at Stamford Bridge and his Champions League triumph last year showed that he has what it takes to mastermind cup-final success. It could be a close one, but I fancy Chelsea to upset the apple cart here and bag their sixth EFL Cup win.

Fewer than three goals have been scored in each of Chelsea’s last eight competitive games so a single goal could win this one and I’d back Kai Havertz to grab it. The 22-year-old Germany international has had some tough times since moving to Stamford Bridge but he scored the only goal of the game in last season’s Champions League Final and, with Romelu Lukaku misfiring at the moment, he could operate through the middle on Sunday.

Havertz has scored in two of his last three outings for Chelsea and has scored two in two in the Carabao Cup this season, as well as finding the net first in Chelsea’s trip to Anfield in the Premier League last season.

These two needed extra time to separate them in the 2005 final and I can see this one going the same way. Both meetings between them finished level in the league this term, while the two sides look strong and there’s not a lot between them.

Chelsea have had two matches go to extra-time of late and I’m backing this one to drag on beyond 90 minutes too.

Chelsea have put together an unbeaten run, but there’s little doubting that Liverpool are the form side coming into this game. Given how Chelsea approach big games I can see the Reds getting out in front in this one, forcing Chelsea to push forward a bit more. The Reds look good to make the breakthrough, so I’m backing them to lead at half-time before Chelsea get level and take it to extra-time.

Mohamed Salah is in cracking form right now with four goals and one assist in his last three games.  Liverpool’s talisman also loves playing against his former club and scored in both Premier League games between the two sides this season.

Salah will also be on penalty duties for the Merseyside outfit on Sunday, and I’m expecting him to score at least one at Wembley.

Longshot – Liverpool to win in extra time at 10/1

There hasn’t been a much to separate these sides this season when they have come up against each other and both of their league games finished honours even.  It could be a similar story in the EFL Cup final and if this match does go into extra time I think Liverpool may just edge it before penalties are required.  Jurgen Klopp’s men are the form team of the two with nine straight wins going into this match and there is more pace in the Liverpool team, and that may just prove the difference if the final does finish level after 90 minutes.

Liverpool are playing some of their best football of the season as they approach the EFL Cup final and are likely to see off Chelsea without needing to go to extra-time or penalties.

Jurgen Klopp’s side demolished Leeds 6-0 on Wednesday to keep up the pressure on title rivals Manchester City and they may simply have too much firepower for the Blues, who have scored 21 goals fewer in the Premier League.

Chelsea are ten points below Liverpool in the Premier League and are not playing with anything like the same flow or swagger.

They are defending well but may struggle to handle Sadio Mane, who netted twice against Leeds on Wednesday.

Marcos Alonso is the most booked Chelsea player this season and Liverpool targeted the Blues’ left flank in their Premier League meeting in January.

Up against a Reds’ right side of Mo Salah and Trent Alexander-Arnold, Alonso could find himself adding to his yellow card tally for the year.

The last three players to pick up man of the match honours in the EFL Cup haven’t scored so a creative player could well take it home if they produce an impressive performance.

Liverpool’s right back has 15 assists in 30 games this season and another in the final coupled with a good defensive performance could be enough to pick up this honour.

Backing both teams to score at Wembley seems sensible considering their respective firepower. Liverpool have hit 22 goals in their last nine games in all comps, including six against Leeds on Wednesday, and their running total in the EFL Cup so far (excluding the penalty shoot-out win against Leicester) is 10 goals across 5 games.

Chelsea have racked up seven goals in their five matches in the competition so far and, even though striker Romelu Lukaku is having problems at the minute, the Blues still have Kai Havertz, Christian Pulisic and Hakim Ziyech, who are more than capable of goals in big games.

Longshot – Liverpool to win on penalties at 9/1

Liverpool to win on penalties appeals at a big-price of 9/1. Both league games between these two this season ended in draws, so you would expect the final to be similarly tight and it could go all the way to spot-kicks with the Reds, who have Mo Salah, James Milner and Fabino all reliable from 12 yards, tipped to edge it in a dramatic ending.