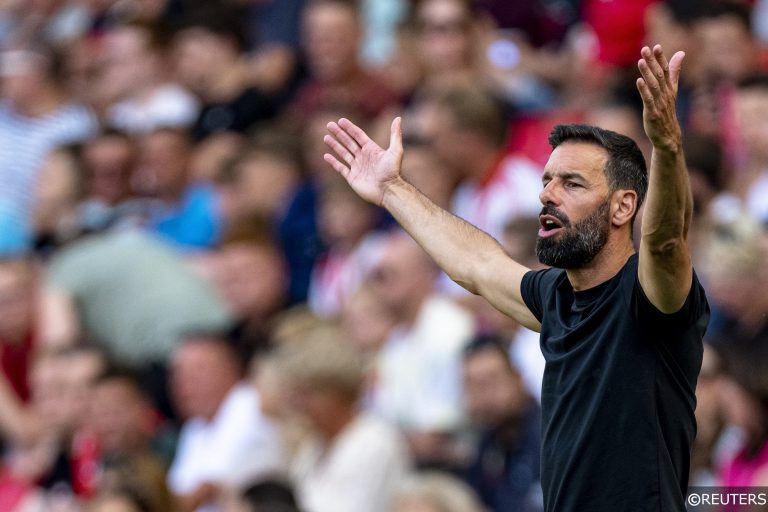 This midweek sees the return of the EFL Cup, while there are vital games in the Champions League and Europa League qualifiers.

With plenty of action to enjoy before next weekend rolls around, we’ve picked out our best both teams to score bets from each day this week to produce our 17/1 Long Haul accumulator.

Elche saw their defence breached three times in their opener and things might not improve right away. They host an Almeria side who have seen BTTS land in three of their last five trips, with the home side conceding in eight of their last nine league games at their own ground.

Almeria put up a fight in a 2-1 loss to Real Madrid in their opener and now each of their last five La Liga games have seen BTTS land, so we’re kicking off our Long Haul in Elche.

Peterborough have made a hot start in League One, but they meet a Stevenage side who are flying high in League Two. The hosts have won five of their last six matches, with five of those also seeing both teams score.

The hosts have seen both teams score in each of their last six games in the EFL Cup, while Posh head here having scored 14 times in six games this term. Given their respective starts, the pair look good for a goal.

These two sides drew 2-2 in the first leg at Ibrox, forcing Rangers into a position where they need to attack in Eindhoven.

The Gers followed that up with a 2-2 draw against Hibs, so they look open heading into this game. PSV have seen both teams score in all six of their games so far this season across all competitions, so a goal for each side looks good value in this clash.

Another Scottish side with work to do is Hearts, who lost 2-1 in Switzerland last week. They know there’s a chance for them to make the group stage of the Europa League this week, but they meet a Zurich side who have scored 11 goals across five European ties this term.

Hearts saw both teams score in each of their opening four games this term. The hosts have also seen BTTS land in 11 of their last 13 competitive matches, so back goals in this tie.

Betis have made a perfect start to the La Liga campaign, but they’re joined on six points by Osasuna. The visitors scored twice in each of their victories so far, while Betis hit five across their two wins.

Osasuna finished last season seeing both teams score in four of their final five trips, while the pair saw BTTS land across their two meetings in the 2021/22 campaign. This week’s Long Haul starts and ends in La Liga, with goals in Seville our final pick.