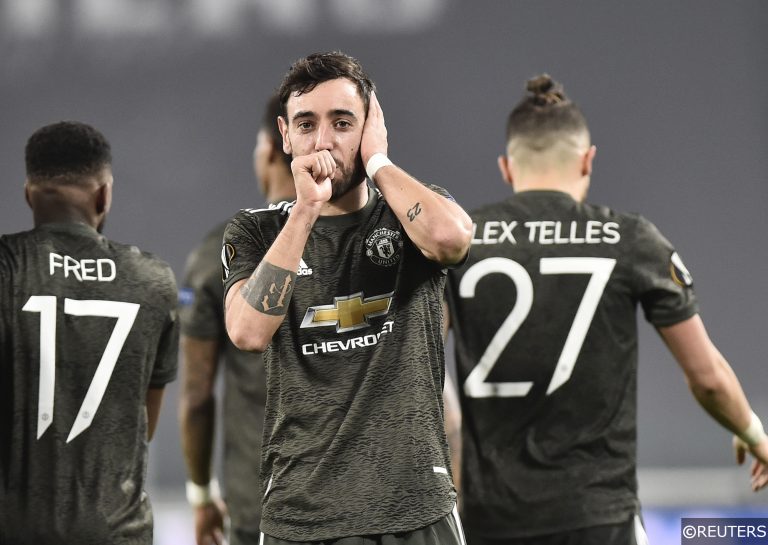 Manchester United will have revenge on the agenda ahead of Sunday’s visit to Tottenham. Spurs won 6-1 when these two met earlier this season, but that freak result didn’t give us much insight into how either pair would fare this term.

Tottenham have fallen outside the top four and they’ve been knocked out of both the FA Cup and Europa League. There’s an uphill battle for them to return to the Champions League, while Man United are second and still in with a shout of a European trophy.

Both sides have to prove themselves in the showpiece Super Sunday clash, so we’ve produced a 105/1 bet builder tip which you can back below. For more Tottenham vs Man United tips, take a look at our match predictions. 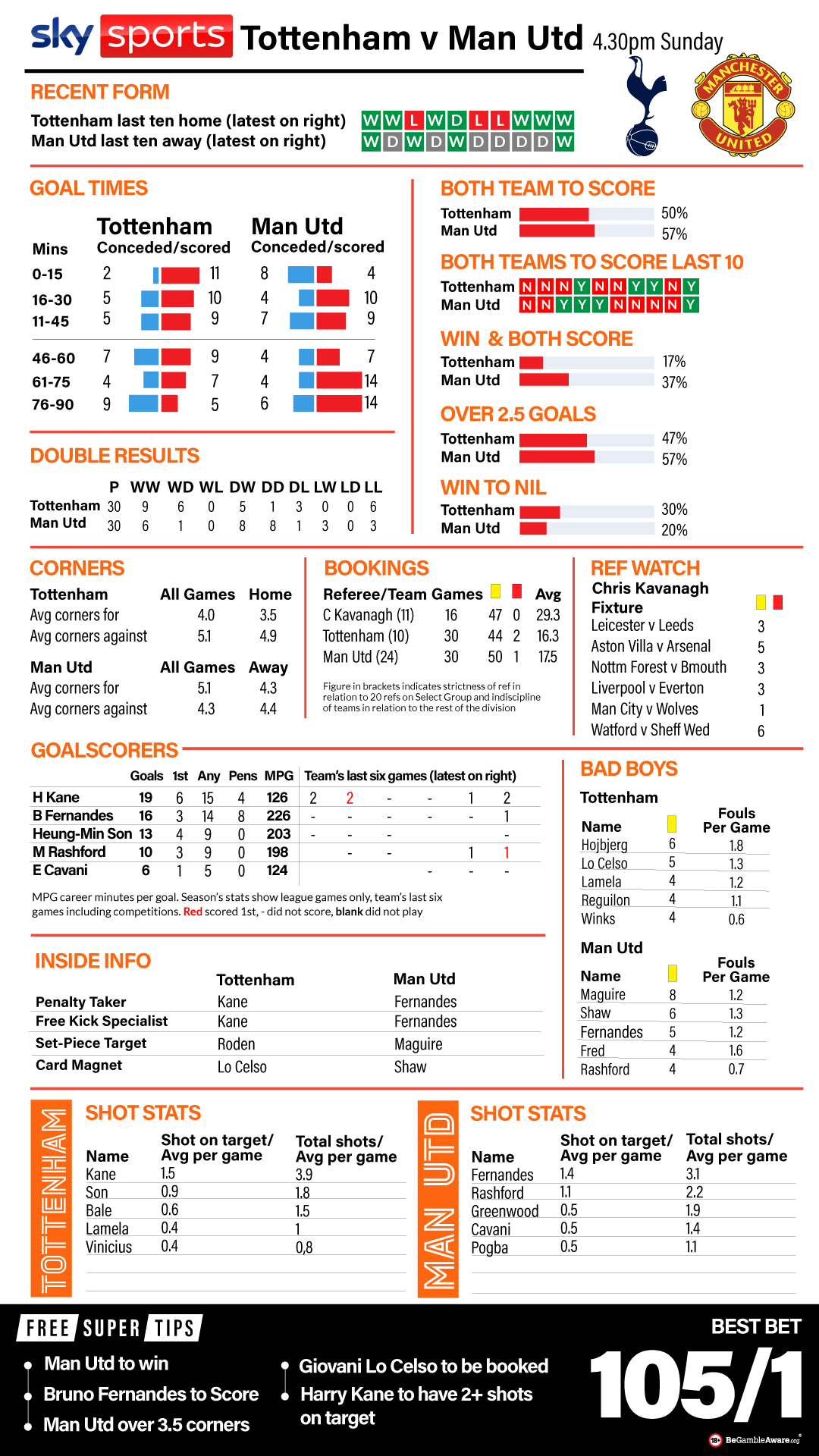 Tottenham’s record in big games this season is poor, with four of the top eight winning at this ground this season. Spurs have won only twice in 11 clashes with the top eight, while Man United head here unbeaten on their travels.

United have won nine of their 15 trips this season and they have claimed three straight wins in the Premier League, so we’re backing them to shade this clash.

Bruno Fernandes popped up again for United in midweek, scoring from the spot to give United a comprehensive lead in their Europa League quarter-final. Fernandes is the man who produces in big moments for United, so he’s worth backing here.

The Portuguese has scored in both of his meetings with Tottenham since arriving in England and we see him testing a Spurs side who have been poor defensively of late.

Harry Kane’s future is in the headlines, but the forward will put that to the back of his mind as he looks for success with both Tottenham and England. He’s scored nine times in his last eight games for club and country, which should see him threaten in this clash.

Kane has averaged 1.5 shots on target per game this season and we’re backing him to test United in this one. We see him putting the goalkeeper to work at least twice as he chases the golden boot.

Manchester United average five corners per game this season, while they have taken 4.33 per away game. We expect the Red Devils to dominate the game given how Jose Mourinho likes to set up in clashes like this.

Tottenham have faced plenty of corners this term, conceding 4.93 per home game and 5.1 overall. Given that, we think the Red Devils should record at least four corners in this trip.

Will Man City win the quadruple?